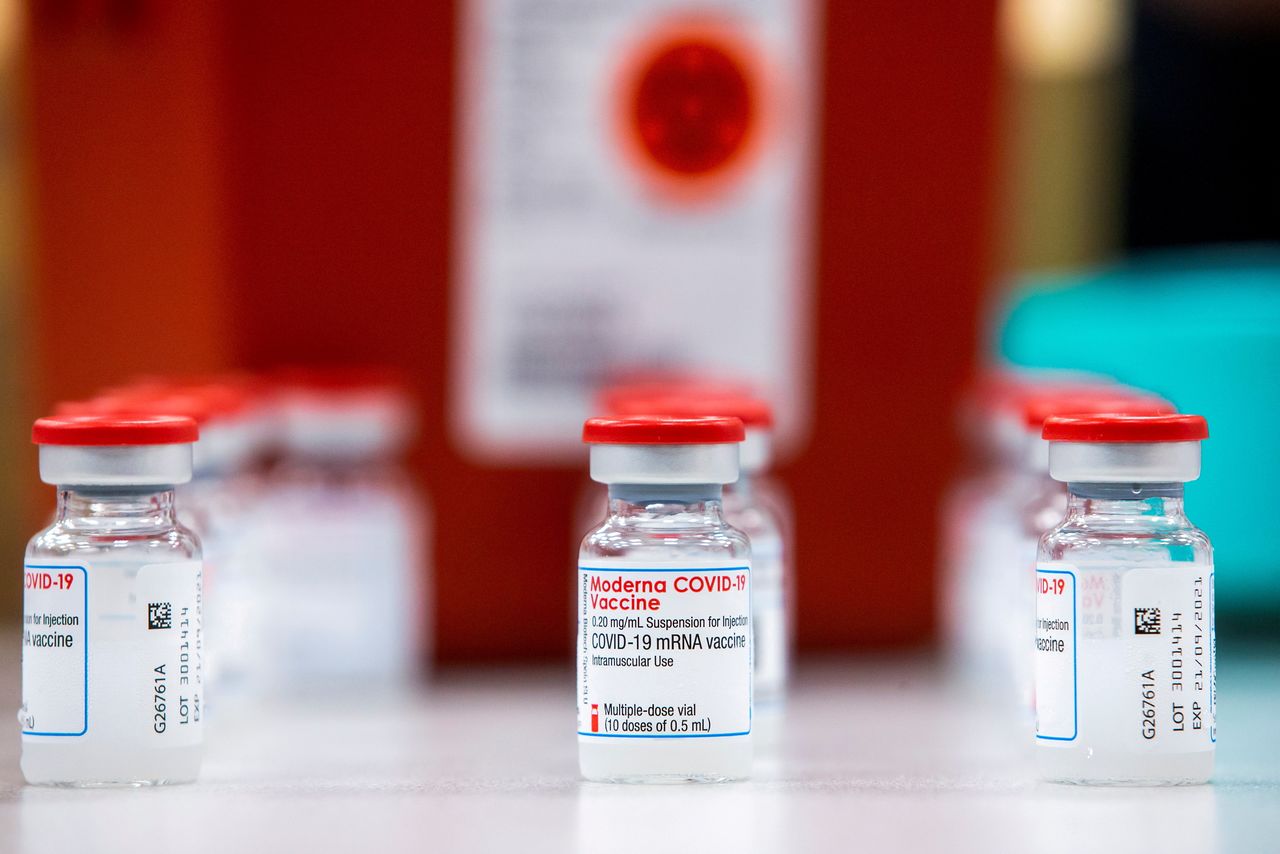 TOKYO (Reuters) - Japanese regulators recommended the approval of COVID-19 vaccines developed by Moderna Inc and AstraZeneca PLC on Thursday, paving the way for the country to speed up its slow-moving vaccination campaign.

The recommendations by a health ministry panel precede official approval by the government as early as Friday, health minister Norihisa Tamura said on Thursday.

Tamura likened the approval of the new vaccines to building extra railway tracks, telling reporters: "It means that the vaccination roll-out will be smoother."

Supplies of the Moderna doses have already been imported and are planned for use at mass vaccination centres in Tokyo and Osaka from next week.

Takeda Pharmaceutical Co, Japan's biggest drugmaker, is handling imports of about 50 million doses of the Moderna shot, or enough for 25 million people. That amount could be doubled, Takeda said this month.

Japan kicked off its COVID-19 inoculation campaign in the middle of February using Pfizer Inc's vaccine, the first to be approved domestically.

But amid scarce initial supplies and other logistical bottlenecks, the campaign has moved slowly.

Japan has inoculated 3.9% of its population of about 125 million so far, the slowest rate among the world's larger, wealthy countries.

The government has arranged to buy 120 million doses of AstraZeneca's vaccine, enough for 60 million people. Most of the doses will be made in Japan by Daiichi Sankyo Co, JCR Pharmaceuticals Co and other local partners.

Officials are considering limiting the recommended age group for AstraZeneca's vaccine due to worries about blood clots, NHK said.