By David Brunnstrom and Jarrett Renshaw

WASHINGTON (Reuters) -South Korean President Moon Jae-in has been hoping to use his first summit with U.S. President Joe Biden this week to press a legacy policy of engaging North Korea, but Washington has played down the prospect of any quick impetus on the issue.

In their meeting on Friday, Biden is set to prioritize boosting cooperation with Seoul on regional security more broadly - notably in response to the challenge posed by China - in high-tech industries such as microchips, the coronavirus pandemic and advancing policy on climate change.

South Korean officials were heartened by Biden's North Korea policy review, which called for a focus on practical diplomatic steps to reduce tensions while maintaining a final goal of persuading Pyongyang to give up its nuclear weapons.

But the pandemic, economic and political challenges, and crises elsewhere have shifted the North Korea issue towards a rear burner, complicating Moon's hopes of cementing a peacemaker legacy before leaving office next year.

In a move analysts say appeared a sop to Moon, Biden's Asia policy coordinator Kurt Campbell spoke in an interview with South Korea's Yonhap news agency this week of building on past agreements with North Korea, including one reached in Singapore by Biden's predecessor Donald Trump.

That agreement with North Korean leader Kim Jong Un pledged joint efforts to build a peace regime to end seven decades of hostility on the Korean peninsula, something Moon has energetically pursued.

But the White House has declined to offer specifics of incentives it might offer to entice North Korea back to talks.

"At this juncture, it's really not in our interest to preview or comment on specific issues like an end-of-war declaration in hopes of spurring dialogue," a senior administration official told reporters.

"But you can expect that a significant amount of the upcoming visit will be spent discussing the challenges of (North Korea) and how our two countries can move forward together in dialogue."

The official said Moon, who arrived in Washington on Wednesday evening, was accompanied by CEOs bringing investments in technology and batteries, high-tech semiconductors, issues associated with 5G and new-age logic chips.

The Financial Times quoted sources familiar with the talks as saying Washington was trying to convince Moon to agree a strong statement of concern about China, but Seoul has been reluctant for fear of angering Beijing, its largest trading partner.

Asked if he expected Moon to agree a joint statement of about Chinese activity towards Taiwan, the senior U.S. official replied: "I believe there will be a reference to regional security generally and to issues in the maintenance of peace and stability, specifically, yes."

The two governments "see eye-to-eye" on many of the challenges in the Indo-Pacific, he said.

On Thursday, Moon visited Arlington National Cemetery just outside Washington and laid a wreath at a memorial to Americans killed during the 1950-53 Korean War. In the afternoon, he went to Capitol Hill to meet U.S. House of Representatives Speaker Nancy Pelosi, a Democratic ally of Biden, and other congressional leaders.

According to the Yonhap news agency report, Moon emphasized the importance of resuming dialogue with North Korea and said that despite the unprecedented COVID-19 crisis, Washington and Seoul had demonstrated "genuine spirit of alliance," in helping each other.

Moon also stressed the importance of a stable Washington-Beijing relationship and said apart from trade, China was also an important partner in Korean Peninsula affairs.

Moon, facing dwindling popularity over the pandemic, is under pressure to secure more and faster deliveries of U.S.-made vaccines. He has promised to secure a vaccine partnership at the summit by harnessing South Korea's biotech production capacity.

South Korea has set a target of reducing carbon emissions by 24.4% from the 2017 level by 2030 as part of its commitment under the Paris Agreement, but White House global climate policy official John Kerry has been pushing Seoul to double the target.

The senior administration official said Washington was working with allies like South Korea on shared enhanced commitments and ambitions for 2030. "I think we'll have more to report on this on Friday," he said.

And South Korea's Samsung Electronics Co Ltd could begin construction of a planned $17 billion U.S. chip plant in the third quarter of this year, a South Korean newspaper reported on Monday. 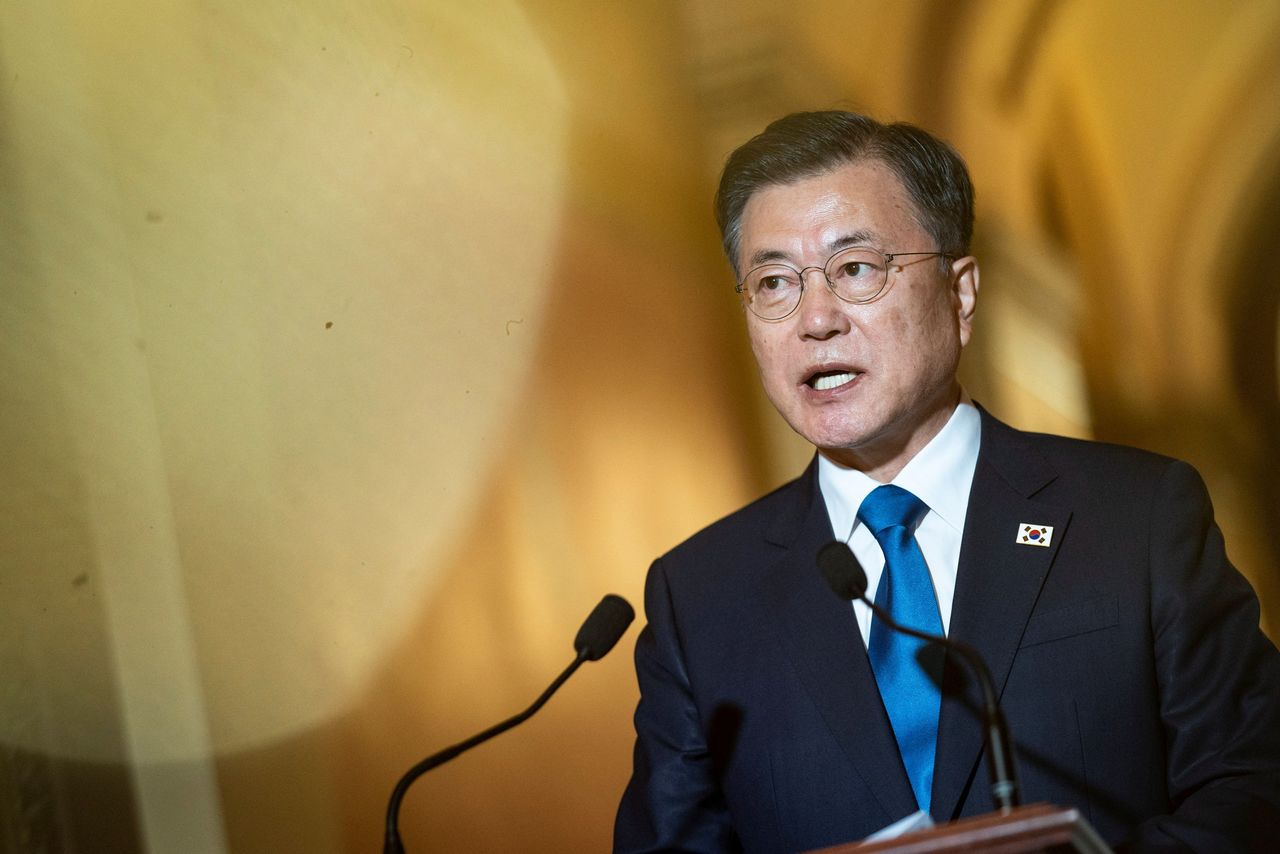 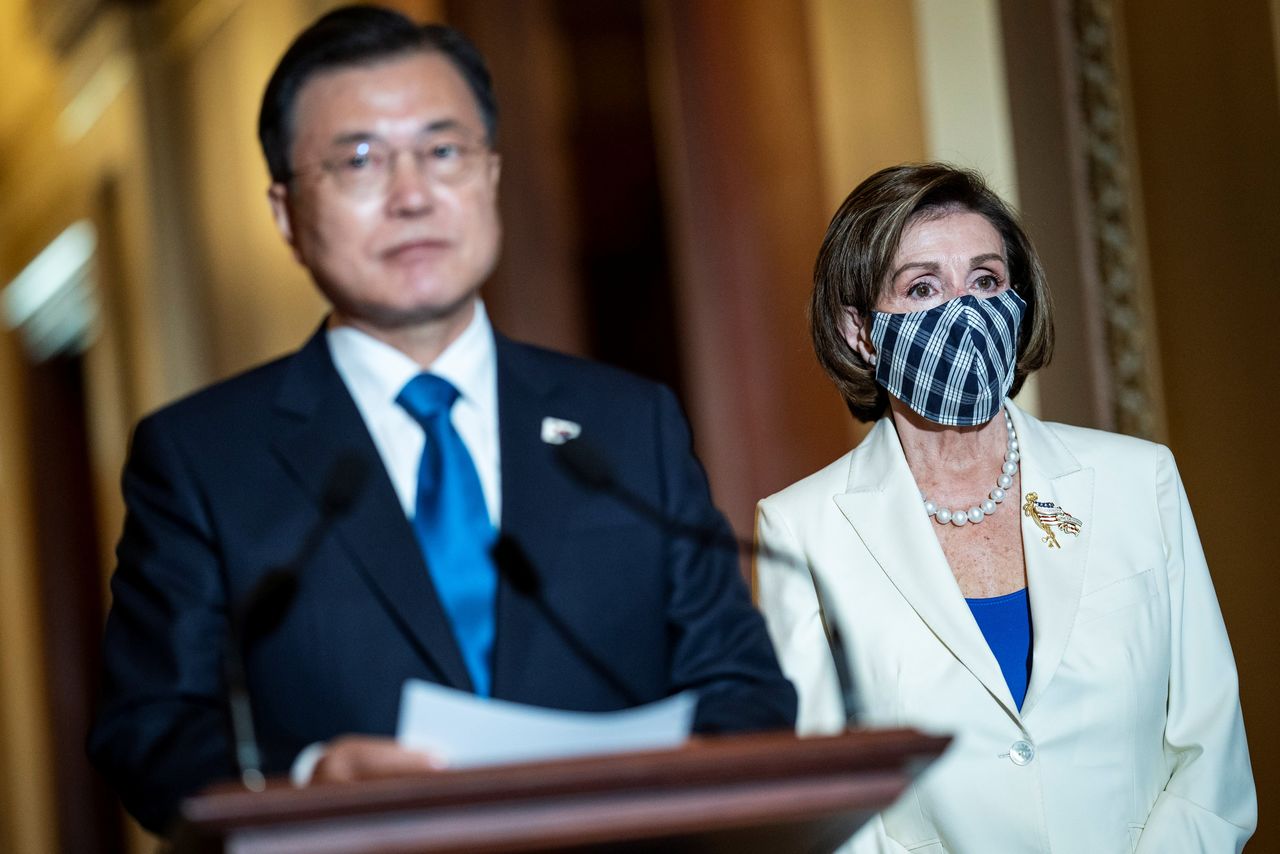 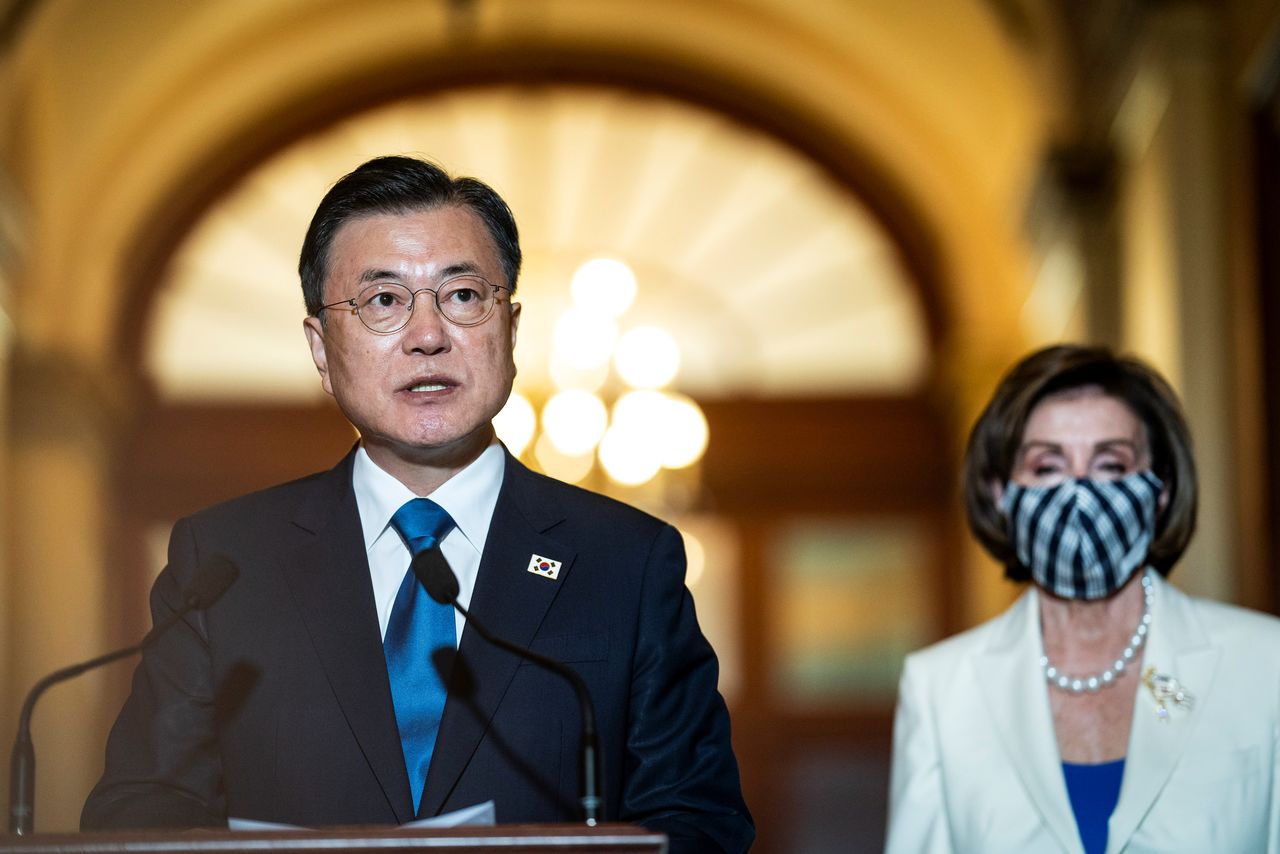 FILE PHOTO: U.S. President Joe Biden exits Marine One helicopter upon his return from a day trip to the Coast Guard Academy back to the Ellipse at the White House in Washington, U.S., May 19, 2021. REUTERS/Leah Millis 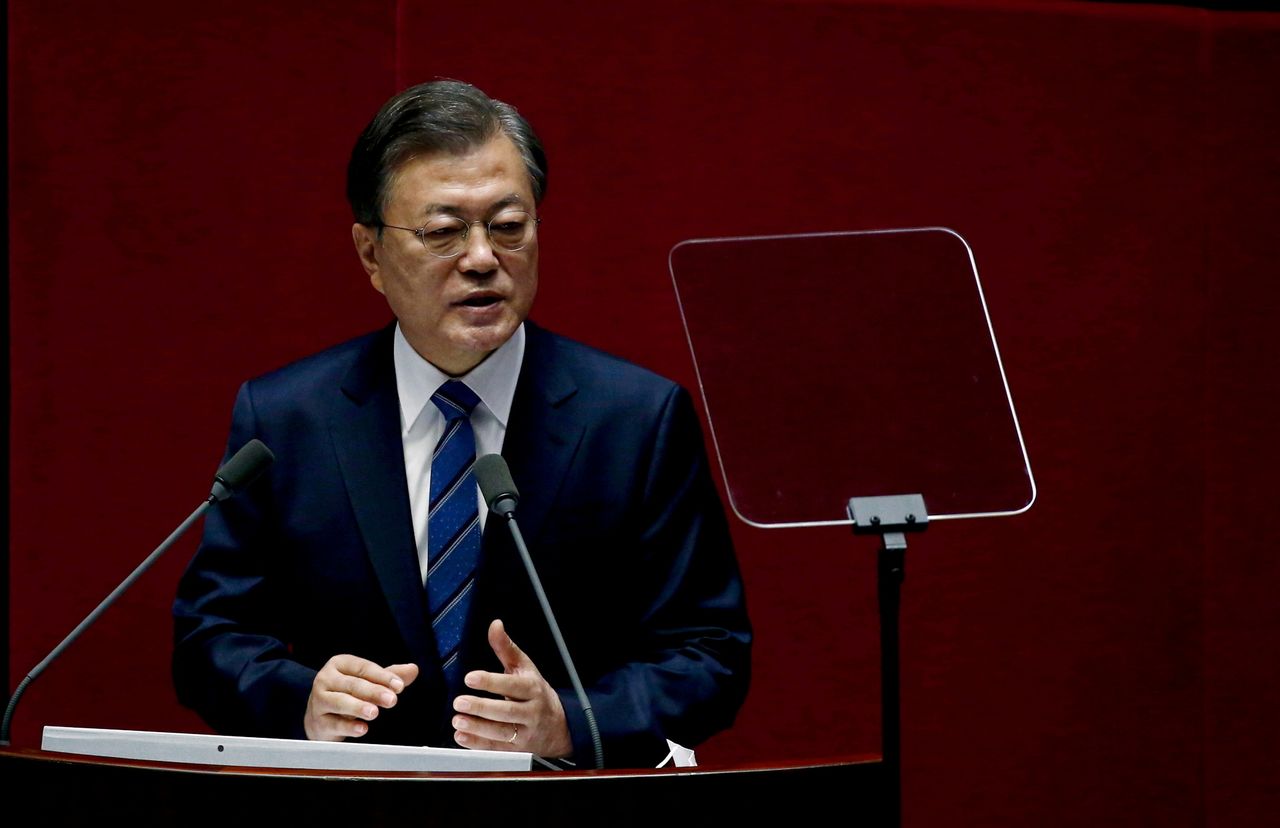