The encounter comes days after a partial truce was announced in a three-year steel dispute with the United States, with the European Union declaring on Monday that it would not, for now, impose retaliatory tariffs on more U.S. products.

"We have the opportunity to create a new basis for global trade politics with the new U.S. administration," German Economy Minister Peter Altmaier said ahead of the talks.

EU trade chief Valdis Dombrovskis said it was important for the United States to remove its tariffs on EU steel and aluminium imports by the end of the year.

While U.S. President Joe Biden has made clear his focus remains on protecting American jobs, European officials hope his arrival will make trade ties with the United States more predictable than during the volatile Donald Trump presidency.

A sign of that possible entente came this week as the Biden administration waived sanctions on the company behind the Russian Nord Stream 2 gas pipeline project backed by Berlin.

Yet the U.S. president is under heavy domestic pressure not to yield too much: steel industry groups and the steelworkers union this week urged him to maintain tariffs on steel imports imposed by Trump, saying they had proved a success.

"Eliminating the steel tariffs now would undermine the viability of our industry," wrote the heads of the American Iron and Steel Institute, the Steel Manufacturers Association, the United Steelworkers and other groups.

For now the United States will maintain its tariffs of 25% on steel and 10% on aluminium. Those duties also apply to imports from China, India, Norway, Russia, Switzerland, Turkey, Japan and South Korea among others metals-exporting countries.

One area of emerging consensus between the EU and United States is the need for a tougher line on China. The partial truce included a joint statement on the need to "hold countries like China that support trade-distorting policies to account".

That comes as lawmakers in the European Parliament are set to agree later on Thursday that China must remove its sanctions on European Union politicians and diplomats to save a newly created investment accord with Europe.

Beijing's punitive measures, blocking travel to China and business with its companies, were imposed in March in response to Western sanctions against Chinese officials accused of the mass detention of Muslim Uyghurs in northwestern China.

EU lawmakers say the Chinese sanctions are not based on international law, while the bloc's measures tackle abuses of human rights upheld in United Nations treaties. Beijing denies any wrongdoing.

Despite all the tensions, Germany earlier announced that exports to China in April rose by 16.3% year-on-year to 8.4 billion euros. It also said exports to the United States leaped by more than 60% to 10.1 billion euros in the same period, underlining the importance of trade to Europe's top economy. 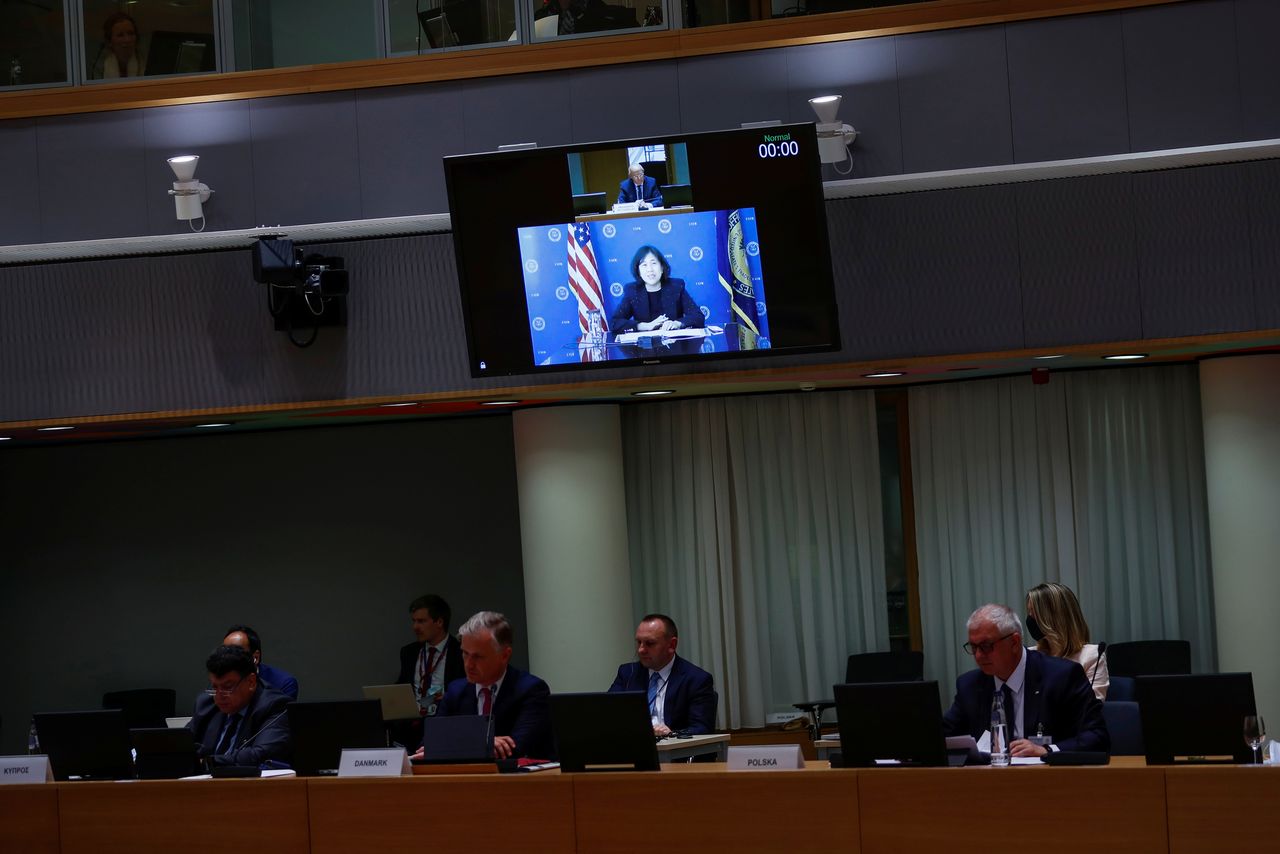 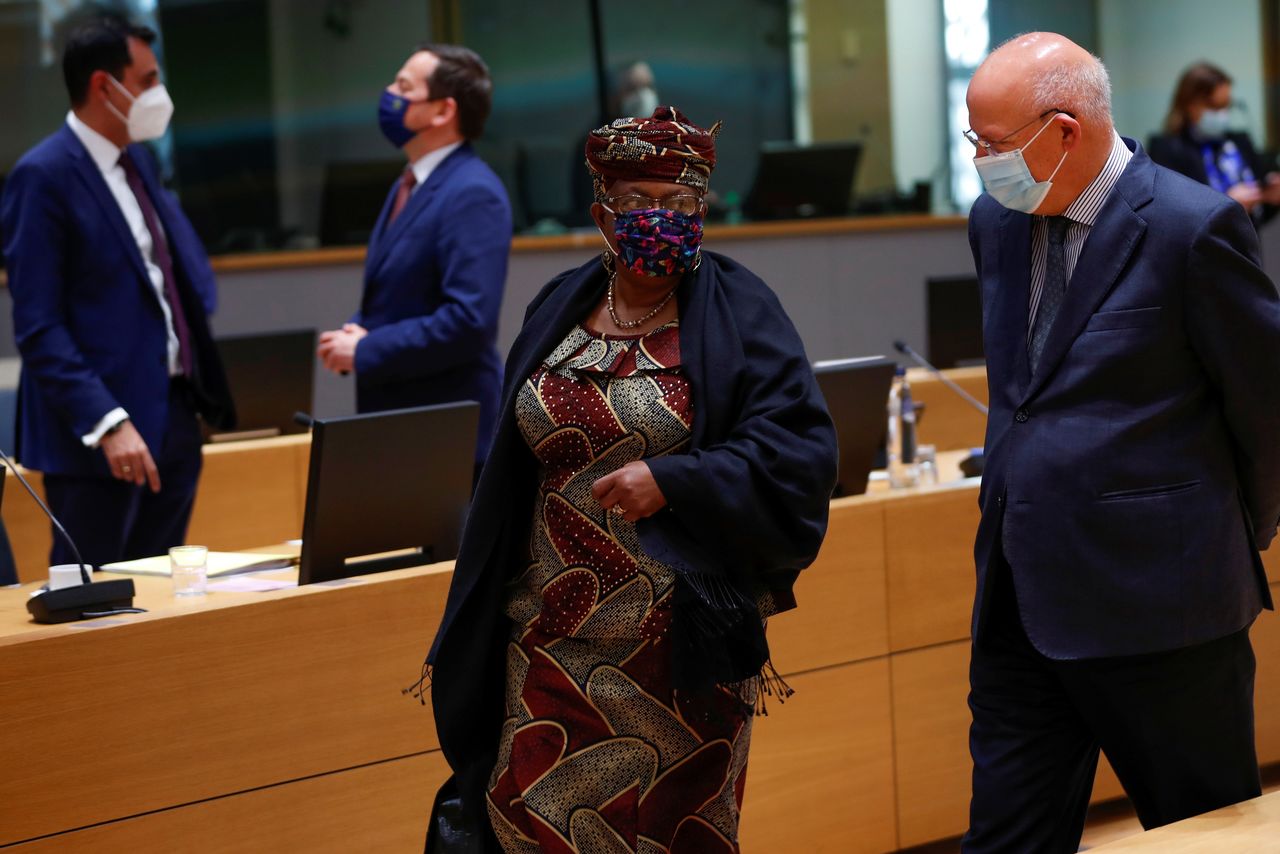 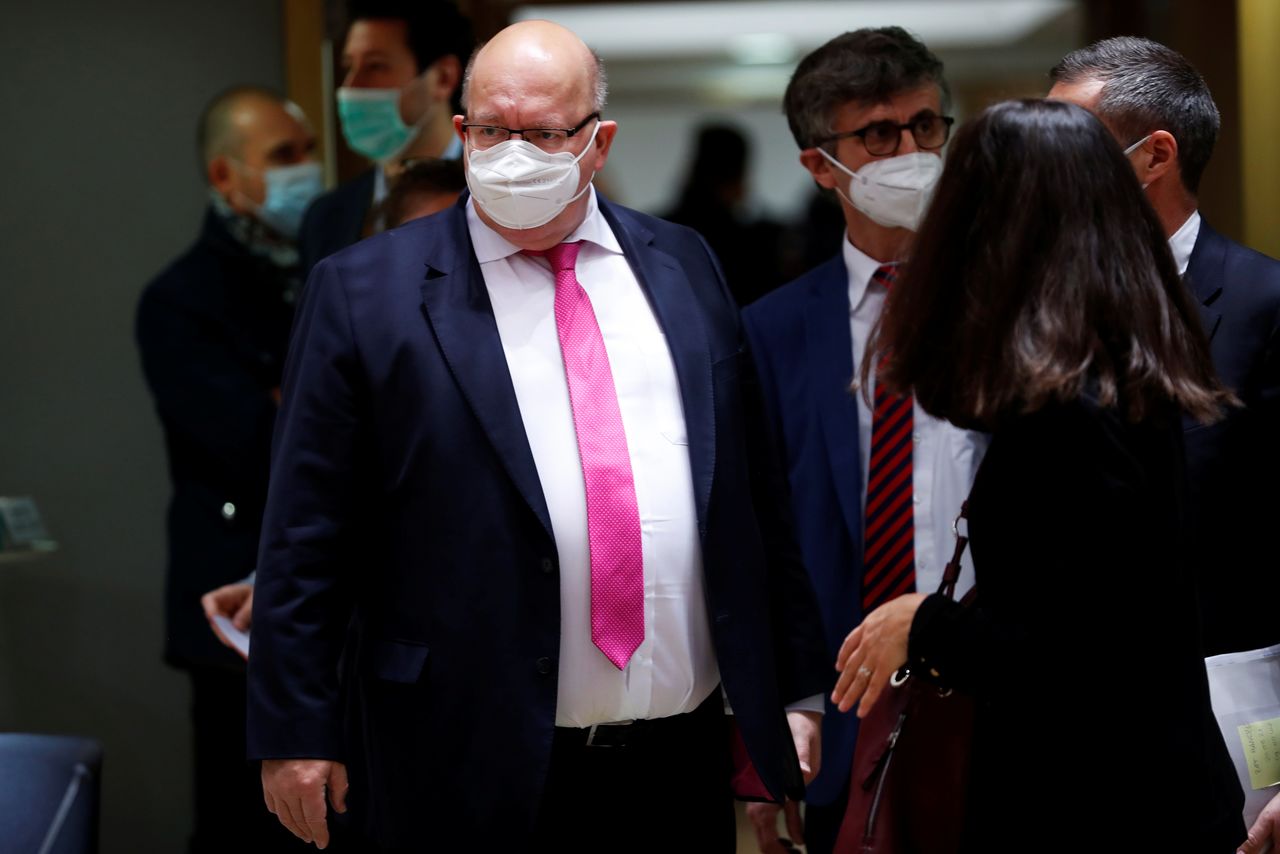 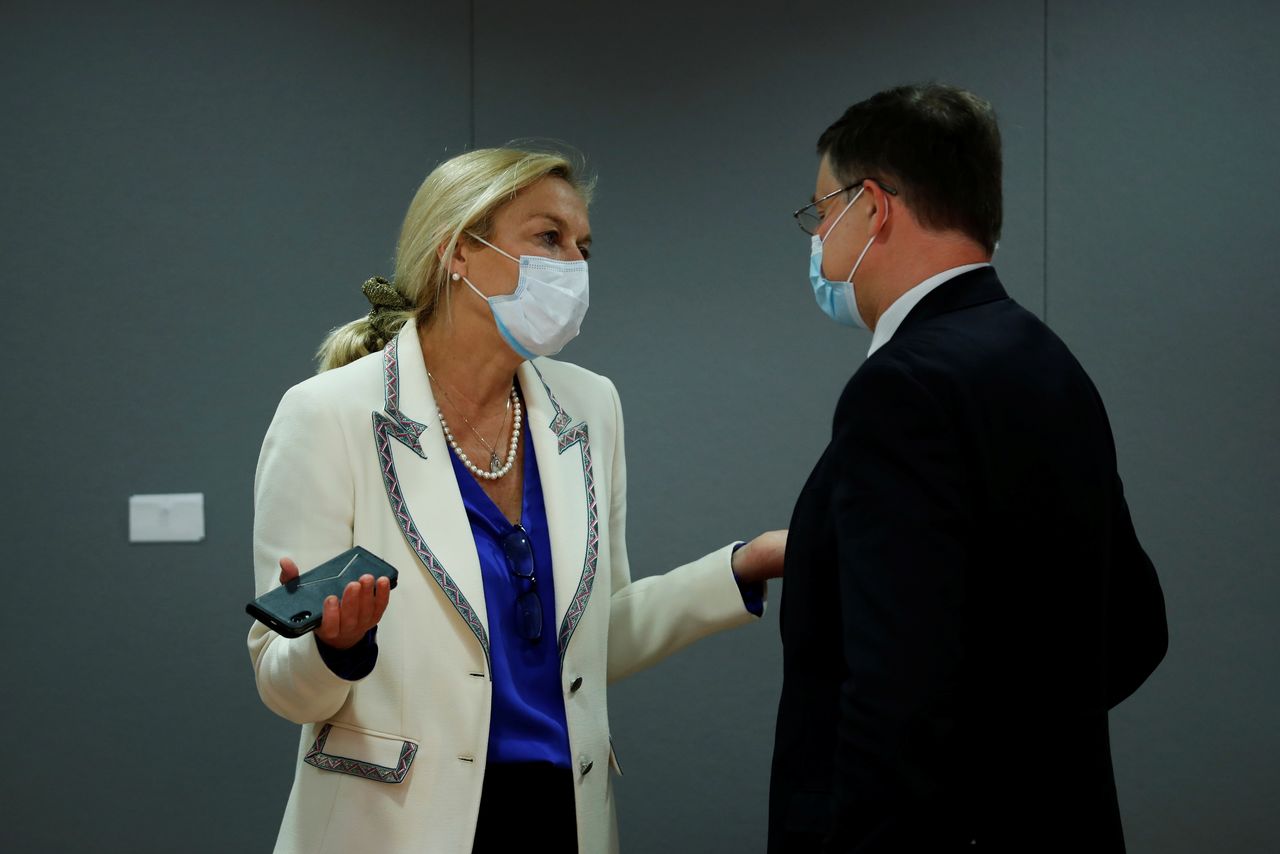 Netherlands' Foreign Trade Minister Sigrid Kaag, left, talks to European Commissioner for An Economy that Works for People Valdis Dombrovskis during a European Foreign Trade ministers meeting at the European Council headquarters in Brussels, Belgium May 20, 2021. Francisco Seco/Pool via REUTERS 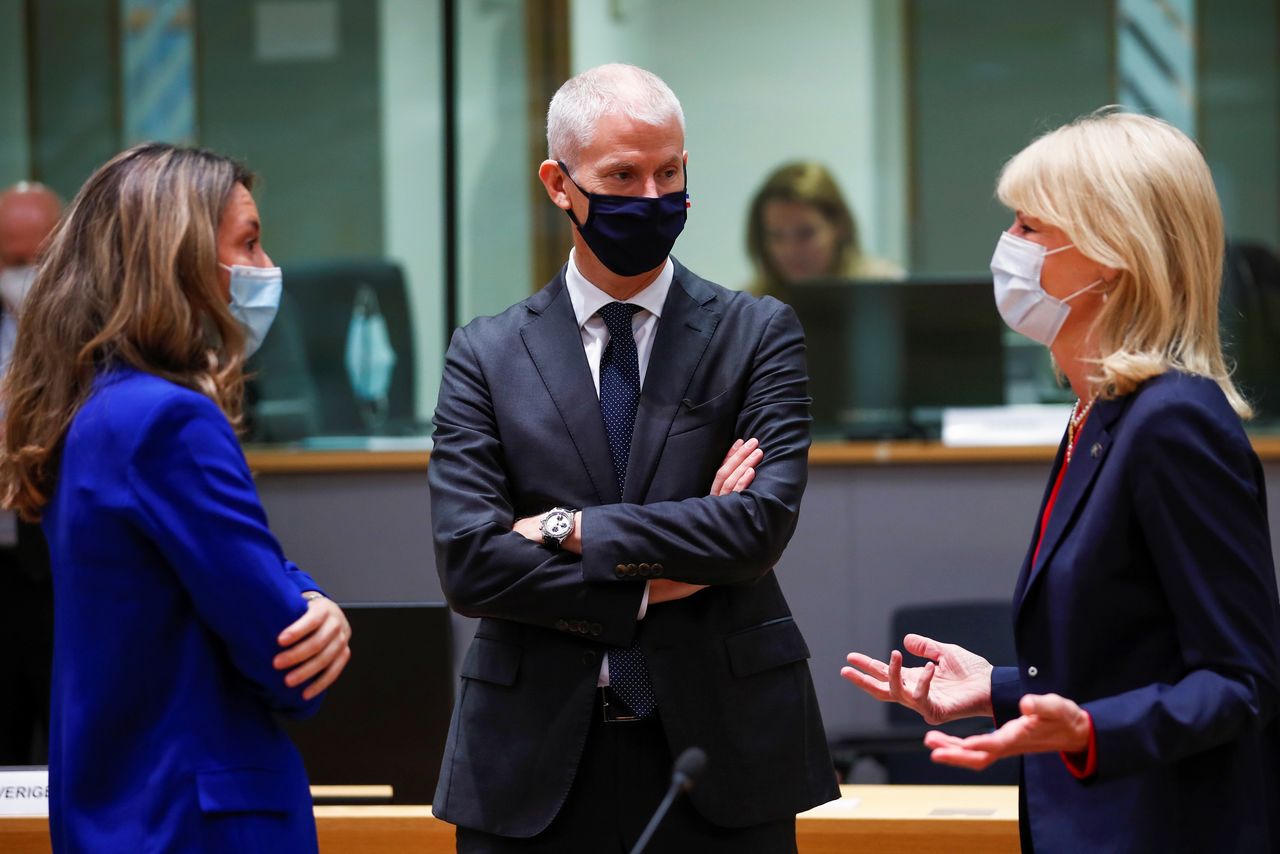