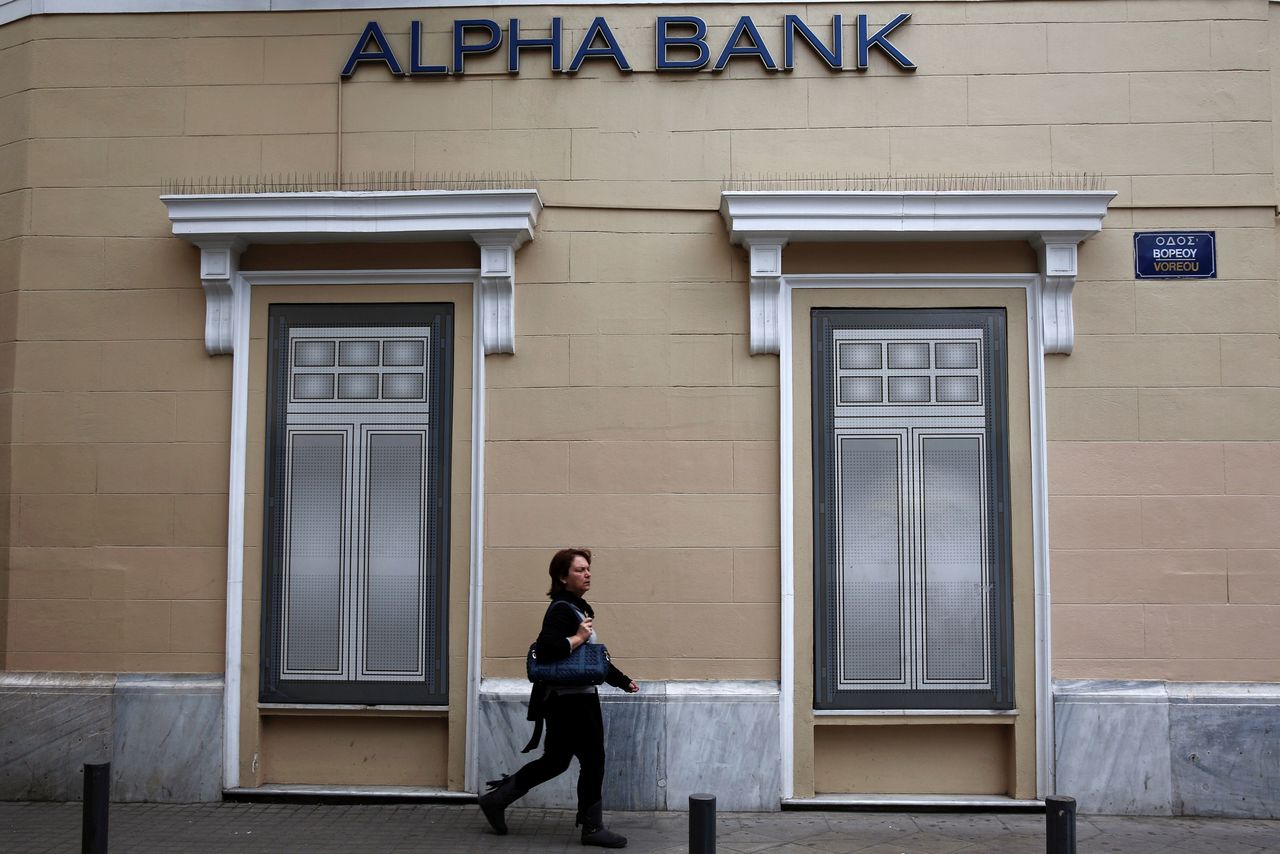 FILE PHOTO: A woman makes her way past the logo of Alpha Bank in Athens March 26, 2014. REUTERS/Yorgos Karahalis/File Photo

ATHENS (Reuters) -Alpha Bank, one of Greece's four largest lenders, said on Friday it had hired JPMorgan and Goldman Sachs as advisers on a plan to boost capital by about 800 million euros ($980 million) to fund growth plans.

The bank said it viewed prospects for the Greek economy as "especially positive" and wanted to support the government's efforts to boost economic growth and attract foreign investment.

Since mid-March, Greek bank shares had climbed about 22% to a peak of 635.72 points on the index, before a correction started this month.

"It's a pretty standard reaction amidst fears of dilution as new shares are issued at discounts to the prevailing market price," said a banker who declined to be named.

Alpha Bank's total capital adequacy ratio was reported at 18.4% at the end of December while its core equity Tier 1 ratio stood at 17.3%.

"This is not about dealing with a capital shortfall, it is not a recapitalisation. But Alpha's equity story needs to be explained," the banker said.

Alpha Bank says it has already has adequate capital buffers to further reduce the risks in its balance sheet from impaired loans.

"This will be the first capital boost for growth by a Greek bank in years," said another banker. "Alpha sees a unique opportunity to fund an expected investment-driven growth phase in Greece with new loans that will boost its profitability."

Separately, sources told Reuters that Italian payments group Nexi was in talks with Alpha Bank to take a stake in the Greek bank's payment business for retailers.