Court allows Suez Canal to keep holding Ever Given: lawyers 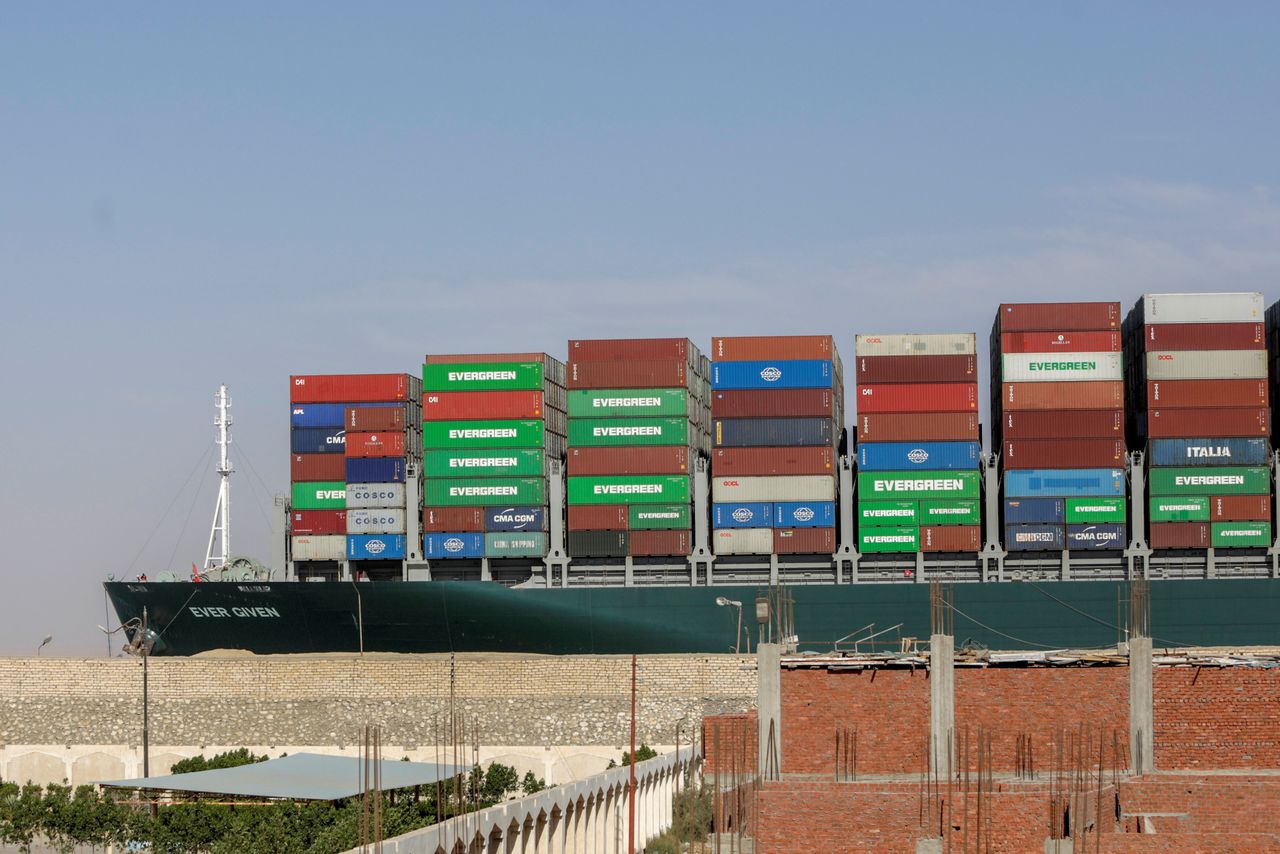 CAIRO (Reuters) - An Egyptian court on Sunday rejected a complaint by the Japanese owner of a container ship that blocked traffic in the Suez Canal for six days in March against the vessel's continued detention by canal authorities, a lawyer said.

The Ever Given, one of the world's largest container ships, became jammed across the canal in high winds on March 23, halting traffic in both directions and disrupting global trade.

The complaint was attached to a case at the economic court in Ismailia in which the Suez Canal Authority (SCA) sought $916 million in compensation from the Ever Given's owner Shoei Kisen.

Also on Sunday, the head of the SCA suggested in a TV interview that the canal could accept the reduced sum of $550 million, slightly lower than the $600 million he had mentioned earlier this month for a potential out of court settlement.

SCA Chairman Osama Rabie said a $200 million deposit could be enough to secure the ship's release, with the rest payable separately.

The Ismailia court on Sunday referred the case back to a court of first instance, which is due to consider it on May 29, said Ahmed Abu Ali, one of the lawyers representing the owner.

Any ruling made by the lower court could trigger appeals, said another lawyer, Ahmed Abu Shanab, indicating that legal wrangling could drag on.

In a statement following Sunday's ruling the SCA said it bore no responsibility for the Ever Given's grounding, reasserting that responsibility lay with the ship's captain alone, and rebutting arguments made a day before by Shoei Kisen's legal team.

It also broke down its $916 million claim, citing the costs of freeing the ship and a salvage bonus stipulated in maritime law, material and reputational damage, and the diversion of some shipping away from the canal.

One boat sank during the operation to free the ship, resulting in the death of a worker, the SCA said.