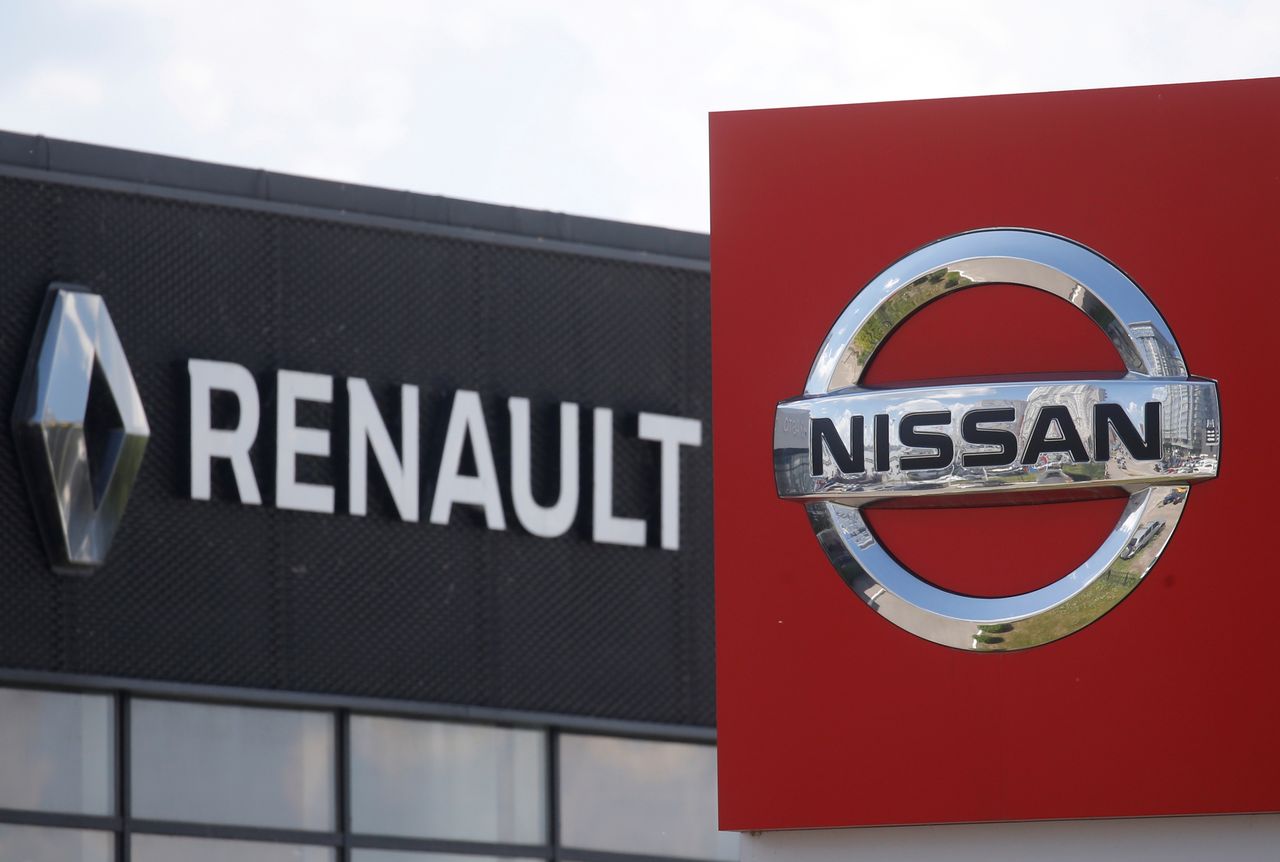 FILE PHOTO: The logos of car manufacturers Nissan and Renault are pictured at a dealership Kyiv, Ukraine June 25, 2020. REUTERS/Valentyn Ogirenko

Workers at Renault-Nissan's car plant in the southern state of Tamil Nadu will go on strike on Wednesday because their COVID-related safety demands have not been met, a union representing the workers told the company in a letter on Monday.

Hyundai said it would suspend operations at its plant, also in Tamil Nadu, for five days starting Tuesday, after several workers staged a brief, sit-in protest on Monday amid rising cases in the state.

The unrest highlights the challenges companies face in India amid a huge wave of COVID-19 infections, an overwhelmed health system and a shortage of vaccines which is making employees more fearful.

Tamil Nadu is one of the worst hit states with more than 30,000 cases a day last week. The state, an auto hub known as India's Detroit, has imposed a lockdown until May 31 but allowed some factories, including auto plants, to continue operating.

The strike threat at the Renault-Nissan plant came ahead of a court hearing on Monday over allegations from workers that social distancing norms were being flouted and factory health policies did not sufficiently address the risk to lives.

Renault-Nissan has said it is following COVID-19 safety protocols.

At the hearing, a lawyer for the workers argued that while the company had reduced the number of shifts, production numbers had not been cut and the headcount remained the same leading to crowding on the factory floor.

The company told the court it had reduced the workforce to around 5,000 from 8,000. It also said it had vaccinated employees over 45 and was willing to inoculate those under 45 if vaccines were made available.

The two-judge bench presiding over the case said that while the health of workers is paramount, if industries go down there will be no place for them to work. They also said the company must not take advantage of the exemption granted by the state and should reduce production to meet only necessary export orders.

"The production should have fallen ... You also have to assuage the feeling of the workers," said the court, which will next hear the case on May 31.

The union, which represents about 3,500 workers at the plant, said in its May 24 letter to Renault-Nissan that workers would not return until they felt safe.

The workers' demands include lower production so there is better social distancing, vaccinations and higher insurance cover to include medical expenses for their families.

Nissan, which owns a majority stake in the plant, declined to comment.