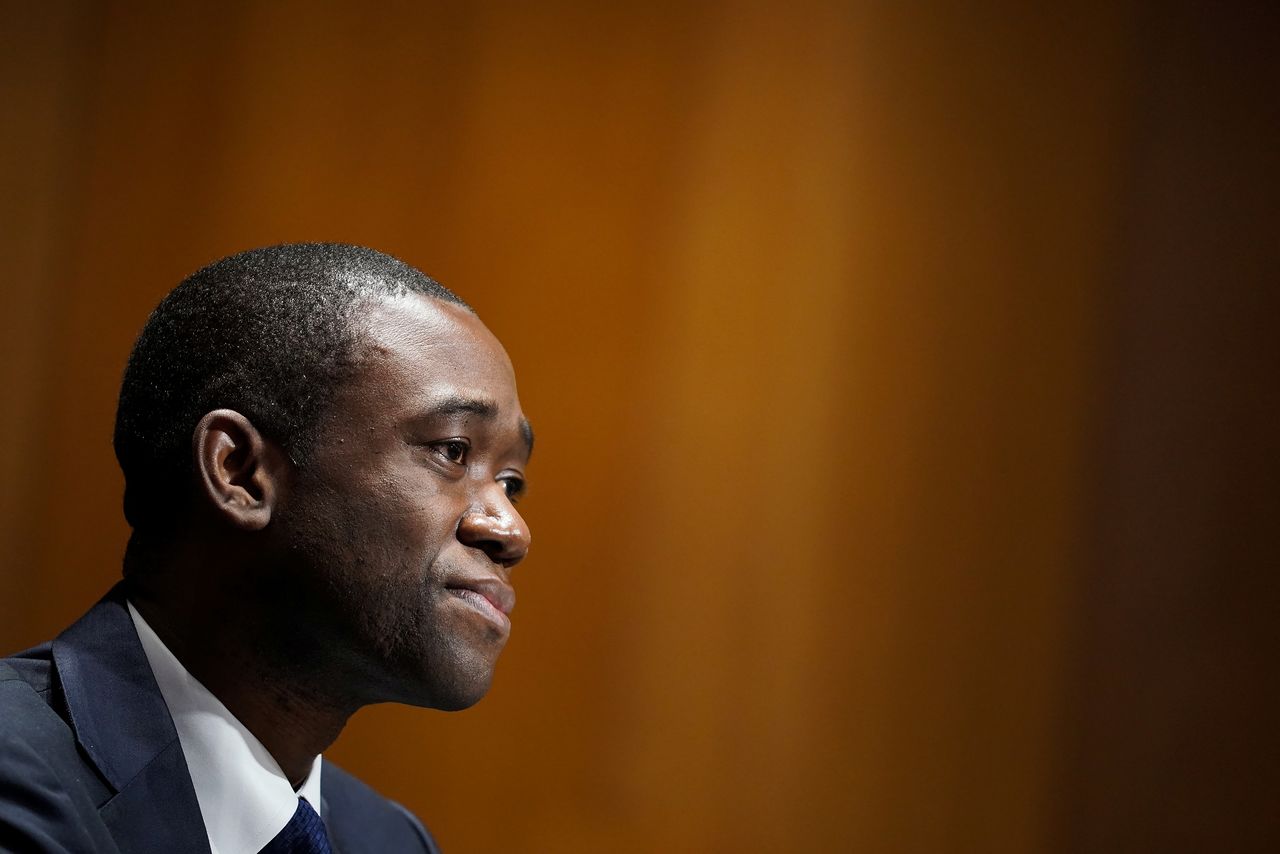 (In 9th paragraph, adds dropped word "the" in quote)

"My sense is that you're going to see a lot of unified support amongst the G7 moving forward," Adeyemo told Reuters on Monday after supportive comments about the Treasury's proposal from France, Germany, Italy and Japan.

That support may be voiced at an in-person meeting of G7 finance ministers in London on June 4-5, Adeyemo said.

The reaction from G7 chair Britain has been more guarded.

In 2017, the Trump administration and Republicans in Congress cut the rate to 21% in 2017 and instituted a minimum tax rate on overseas income from intangible sources of 10.5%.

The U.S. global minimum tax proposal is expected to be a key topic of discussion at a preliminary virtual G7 finance leaders meeting on Friday.

Adeyemo, who is involved in the OECD tax talks, said he expects a broad international commitment of 15% or more to help build support in Congress for a U.S. corporate tax increase by narrowing the gap between U.S. and overseas rates. Once a higher U.S. minimum is in place, that will provide incentives for other countries to move toward the U.S. rate, he added.

"If we can get the world to say that they’re willing to do at least 15%, it gives us the ability to come back to the international conversation once we’ve finished to the domestic piece."

Negotiators in the OECD tax talks have been aiming for an agreement in principal this summer. By the time of a G20 finance leaders meeting in Venice, Italy in July, there should be a good sense of unity around a global minimum tax structure, Adeyemo said. He added that there would be a lot of technical details to work out, so a final agreement may have to wait until G20 leaders meet in Rome at the end of October.

(Reporting by David Lawder;Editing by Dan Burns and David Gregorio)