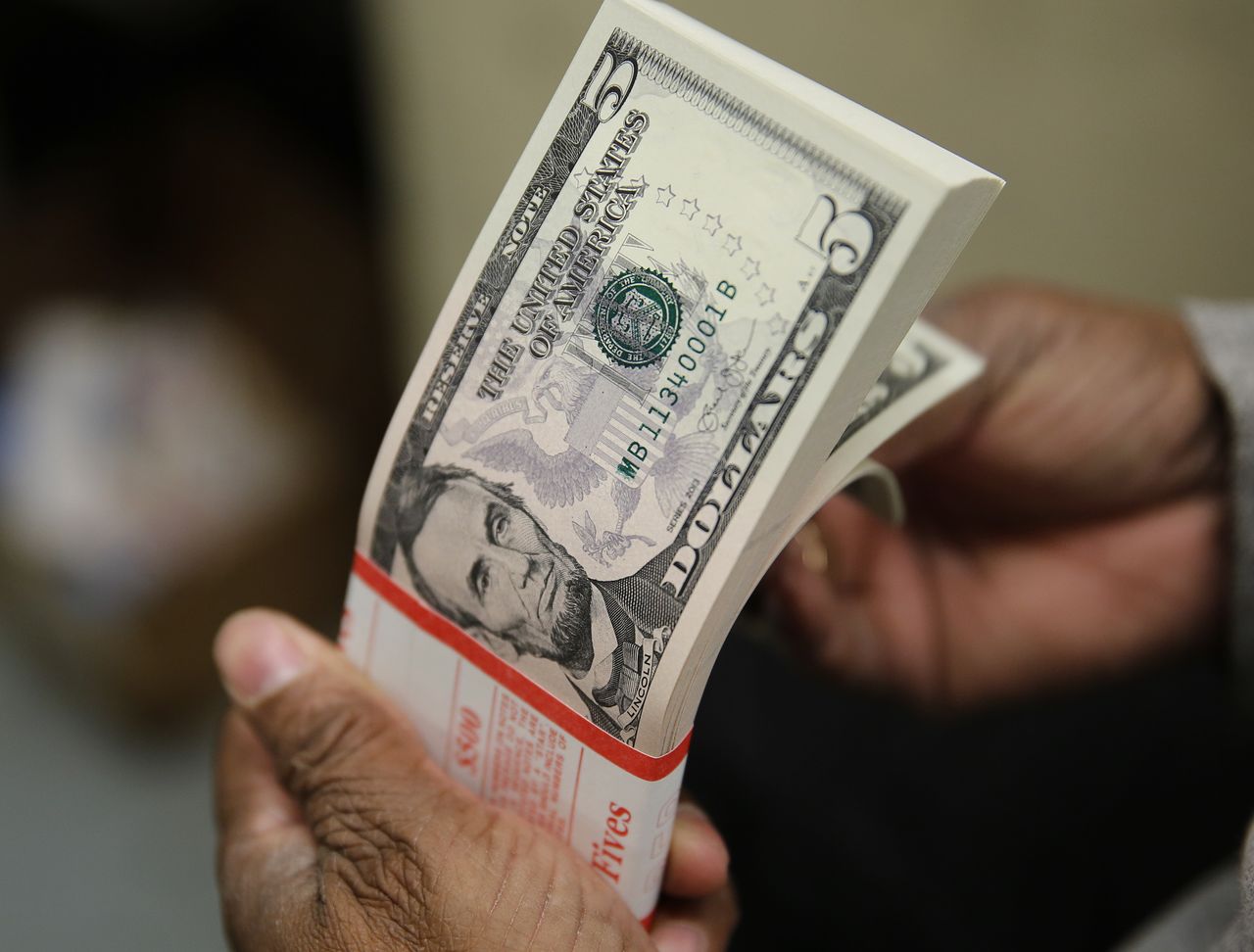 Benchmark 10-year Treasuries fell as low as 1.56% on Tuesday afternoon.

Interest rates in many other countries have climbed in the past month and made their currencies more competitive against the dollar, said Marc Chandler, chief market strategist at Bannockburn Global Forex in New York.

The current outlook is for that difference to continue, he added. "The Federal Reserve seems to be behind several other central banks in adjusting and recalibrating monetary policy."

Since the end of March the dollar has declined on the belief that low U.S. rates will drive cash abroad to capture gains now that other economies are beginning to recover more quickly from the pandemic.

Early in the day, China state-owned banks were seen trying to curb a yuan rally which carried the onshore yuan to 6.4016 per dollar, the strongest since 2018.

China's major state-owned banks, four sources said, were seen buying U.S. dollars at around 6.4 yuan in the Asian afternoon in a move viewed as an effort to cool a yuan rally led by its offshore counterpart.

Strategists have said the dollar is likely be weak against many currencies until markets see stronger U.S. economic data and interest rates. Stronger data could come on Friday with new readings on U.S. core consumer prices in April and a survey of purchasing managers.

Dovish comments from Fed speakers continued on Tuesday with a speech by Charles Evans, president of the Federal Reserve Bank of Chicago, who said recent inflation reports reflected only a "burst of post-pandemic relative price level adjustments." [nL2N2NB2JR]

Two other Fed officials made similar statements on Monday.

Sterling needs fresh evidence of British economic strength to get back to the 2021 high of $1.4240 reached in February, traders and analysts said.

Cryptocurrencies Bitcoin and Ether were off about 3% for the day in the afternoon in New York.

(Reporting by David Henry in New York and Ritvik Carvalho in London; Editing by Alistair Bell and Richard Chang)