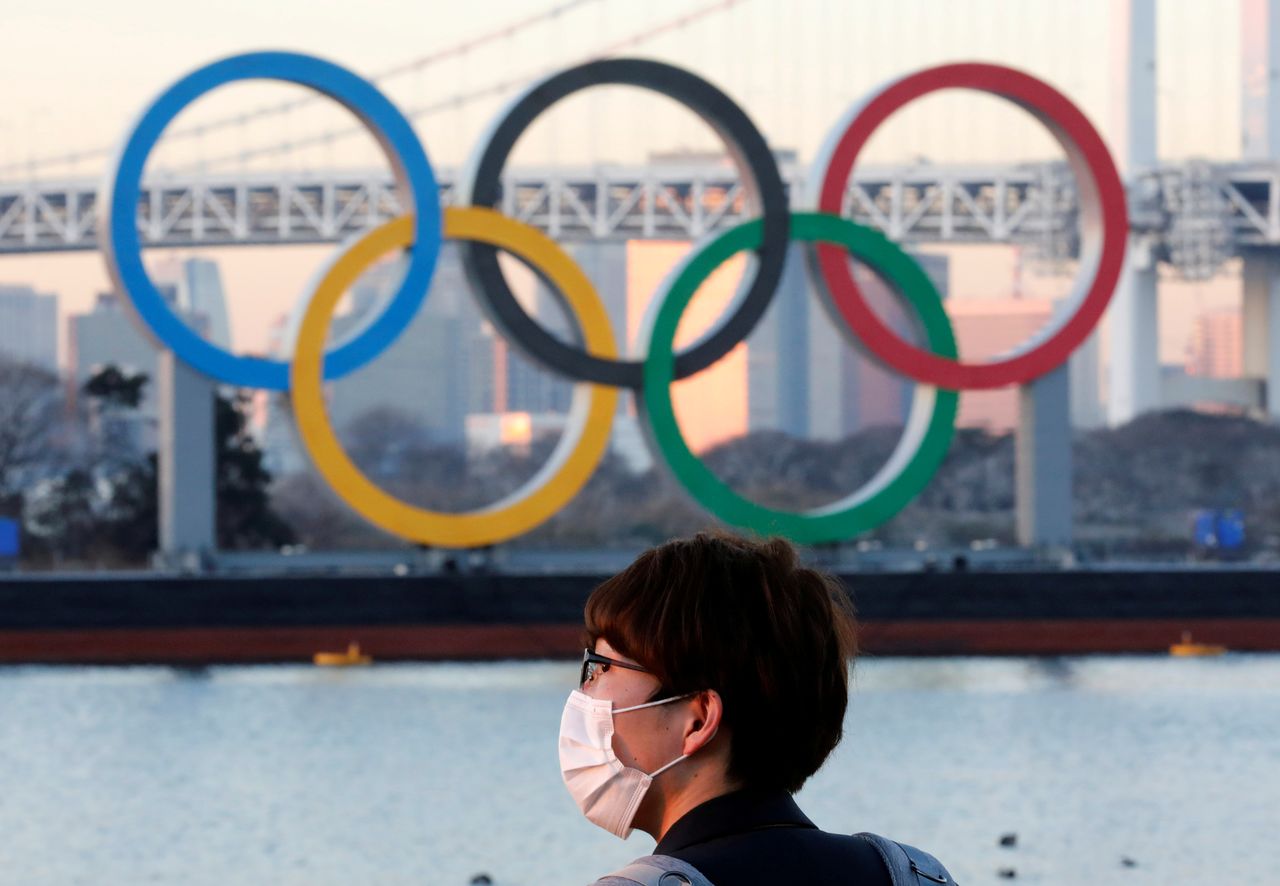 TOKYO (Reuters) - For any country, hosting the Olympics is a major deal, both politically and economically. Yet, in a world ravaged by the COVID-19 pandemic, going ahead with the Tokyo Games is starting to look like a dangerous gamble on both counts.

Ominously, a growing number of investors in Japanese stocks now believe that cancelling the Games is better for the market, intensifying the pressure on Prime Minister Yoshihide Suga who is already facing stiff public opposition to the global showcase event.

The potential political damage to Suga, and resulting uncertainty, from staging the Games ahead of an election that must be held by October is making investors nervous, several fund managers and traders told Reuters.

Investors also worry about the added risk that the event could spur a fresh COVID-19 outbreak at a time the country is struggling to contain a fourth wave of infections.

"An increasing number of people think not holding it is better for Japanese stocks, than doing it and ending up with political instability," said Arihiro Nagata, general manager of global investment at Sumitomo Mitsui Bank.

"And because we won't have any inbound tourists, economic benefits will be limited."

Tokyo has already banned foreign visitors to the event, and many investors expect it could be held without any spectators at all.

Suga, however, remains adamant that the Games on July 23, already postponed from last year, must proceed even though 60-80% of voters want it cancelled or delayed, recent polls by domestic media showed. Support for the prime minister has also fallen to the lowest levels since he took office last September, around 32-43% depending on the survey.

Compared to three months ago, when domestic coronavirus-related strains were largely contained, an increasing number of traders and fund managers told Reuters they view the Games as a risk for Japanese equities.

The Tokyo stock market has underperformed in recent months, hurt by the combination of slow vaccine rollouts, a fresh outbreak of infections and growing concerns about the risks of staging the Olympics in the midst of a once-in-a-century pandemic.

Foreign investors sold more than 1 trillion yen ($9.20 billion) of Japanese stocks in net during the second week of May, the biggest since March last year.

"They are now at the stage of assessing political risks. They haven't reduced Japanese stocks that much yet but they think there is a high chance of Suga quitting."

Japan has avoided the large-scale infections suffered by many other nation, but the spread of variants lifted new daily cases above 7,000, near the record high hit in January, prompting the government to widen a state of emergency to more parts of the country.

The U.S. State Department and Australia have urged against travel to Japan because of a new COVID-19 wave.

The International Olympic Committee says the 2016 Games in Rio helped boost Brazil's tourism revenue by 6.2% in that year and the UK economy reaped a 9.9-billion pound trade and investment dividend a year after the 2012 London Olympics.

But for Japan, analysts say the economic cost of cancellation would be limited due to the Games' scaled-back format.

The maximum economic boost from the Olympics will be about 1.9 trillion yen, or 0.3% of Japan's annual gross domestic product (GDP), said Takayuki Miyajima, senior economist at Sony Financial Holdings, based on assumption provided by its organisers.

That dwarfs 3.7 trillion yen consumption the Japanese tourism sector has lost during last summer due to the pandemic, he said.

All of that would be moot if the Games bring in multiple COVID-19 variants, and market players say the very presence of such a risk is enough to stop investors from buying.

"If the government decides to cancel or postpone the Olympics, then the government can take more measures on curbing infections and will trigger a market rally. Perhaps the Nikkei could rise to around 32,000," said Soichiro Monji, chief strategist at Nishimura Securities.

"Whether we hold the Olympics or not does not have a vital impact on the economy. But a prolonged period of infections is clearly negative for the economy."