TOKYO (Reuters) -Japanese newspaper publisher Asahi Shimbun, an official partner of the Tokyo 2020 Olympics, called for the Summer Games to be cancelled in an editorial on Wednesday, citing risks to public safety and strains on the medical system from the COVID-19 pandemic.

Several polls have shown the majority of the public is opposed to holding the Games this summer, concerned about tens of thousands of athletes and officials descending on a country that has mostly remained closed to foreigners since last year and where vaccinations have proceeded slowly.

Doctors' associations have protested holding the Games, investors have talked up the benefits of shelving them https://www.reuters.com/article/japan-stocks-olympics-idUSL3N2NB1LS, and maverick businessmen such as Masayoshi Son have called for cancelling the games.

"We ask Prime Minister (Yoshihide) Suga to calmly and objectively assess the situation and decide on the cancellation of the event this summer," said the paper, a left-leaning daily often critical of Suga's ruling Liberal Democratic Party.

"We are far from a situation in which everybody can be confident they will be 'safe and secure,'" the paper added, invoking the government mantra about the Games. "Sadly, that is not the reality."

In a statement later on Wednesday, the Asahi Shimbun said it remained committed to being an official partner of the Tokyo 2020 Games and that its editorial division had its independent mission.

The company would "continue its activities as an official partner while monitoring the COVID-19 situation," the statement said.

The Asahi's editorial was widely shared on social media, garnering more than 30,000 tweets by late morning.

But Olympic organisers have dug in their heels, pointing to other successful sports events as evidence that the Games can go ahead.

Speaking ahead of a Tokyo 2020 executive board meeting on Wednesday, Tokyo 2020 President Seiko Hashimoto said only one coach tested positive for coronavirus over the course of four test events with almost 7,000 visitors from some 50 countries.

The events "are evidence that our current coronavirus precautions are effective", she said.

"Even baseball matches are being held currently with spectators. Why not go ahead with the Games?," Kozo Yamamoto, a heavyweight politician of the ruling Liberal Democratic Party, said in an interview with Reuters.

"The Olympics will happen, even without spectators. ... Once it begins, everybody will be glad," he said.

Although Japan has been spared the coronavirus ravages of overseas nations, it has struggled to control a fourth wave of infections across the country.

Tokyo governor Yuriko Koike said on Wednesday she will ask that the current state of emergency, originally set to be lifted at the end of May, to be extended for "about another month," mere weeks before the Games is scheduled to start on July 23.

Just over 5% of the nation has received vaccinations, and it has recorded about 719,000 infections and 12,394 deaths.

Although the majority of the population remains unvaccinated, the Japan Olympic Committee is expecting to start inoculating the Japanese Olympic delegation from June 1, the organisation told Reuters on Wednesday.

About 1,600 people, including athletes and coaches, will receive Pfizer shots which were donated by Pfizer separately from the national supply of vaccines.

"We will have the team doctors of the respective sports federations administer the shots, so as not to impact the current vaccination rollout programme," the JOC said.

A professor of public health and adviser to the New Zealand government said on Tuesday that going ahead with the Games was "absurd" https://www.reuters.com/article/olympics-2020-epidemiologist/olympics-absurd-to-stage-tokyo-games-says-professor-of-public-health-idUSL3N2NC3SC.

The United States on Monday issued an advisory against travel to Japan, but Japanese officials said it would not affect the Games, and the White House said on Tuesday it stood by the decision to hold the Games as planned.

The Australian softball team is set to arrive in Japan on June 1 for a pre-Olympic training camp in Gunma, a prefecture about 150 km northwest of Tokyo. 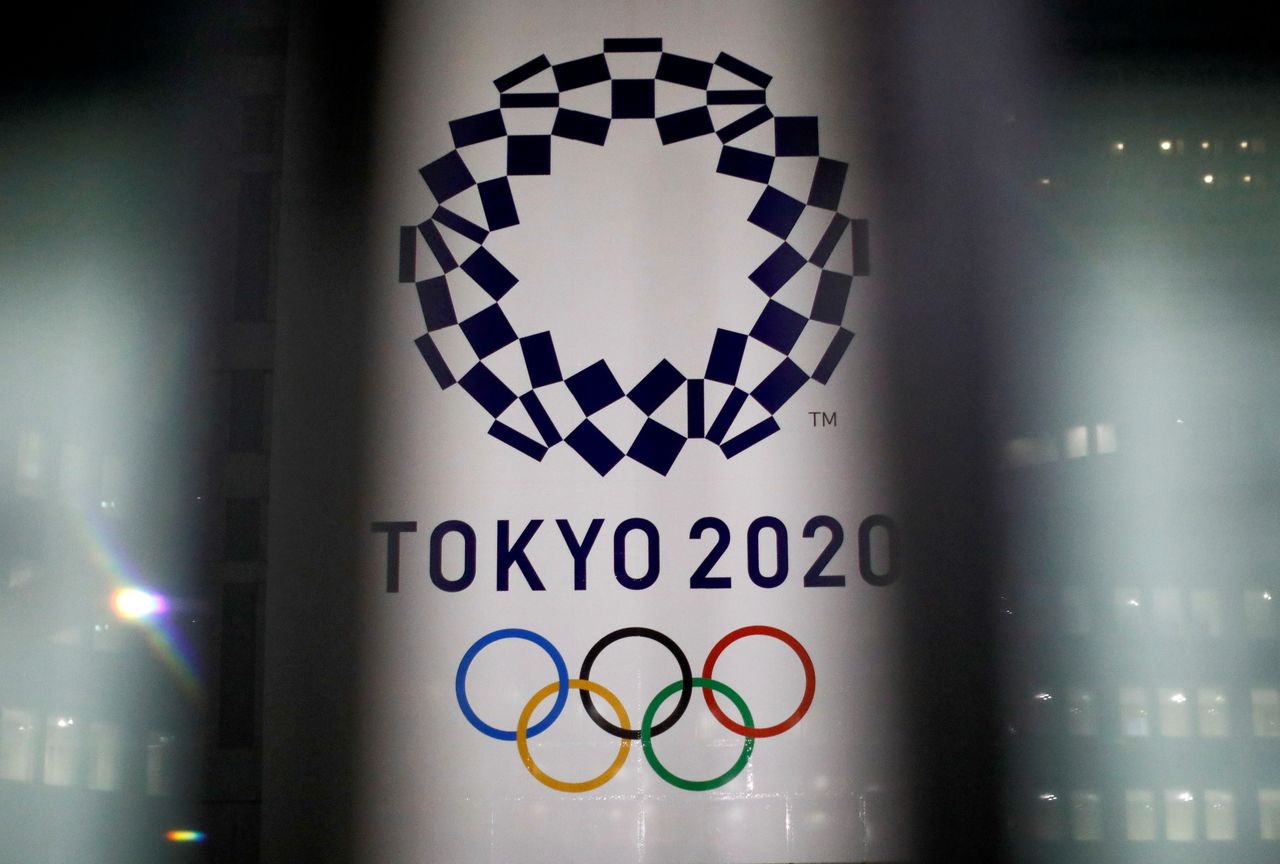 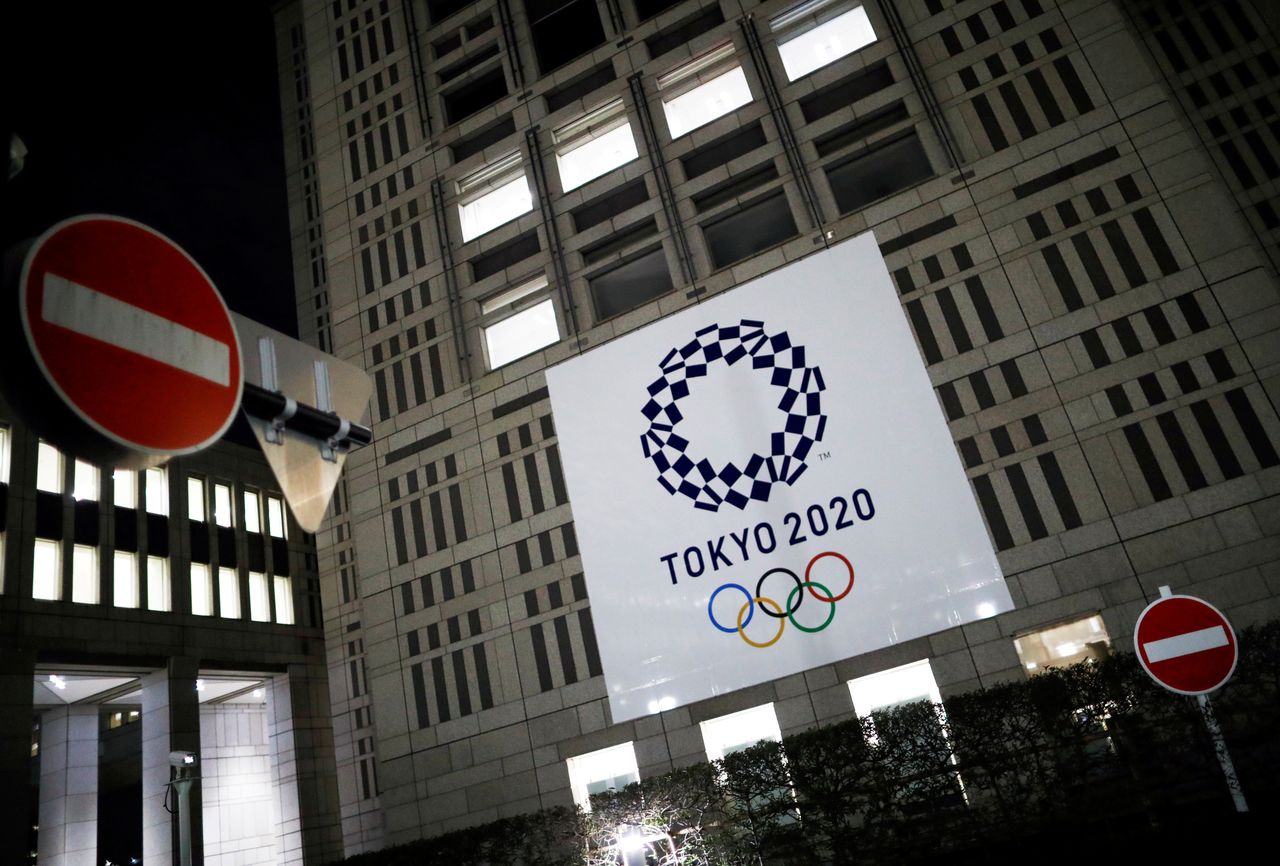 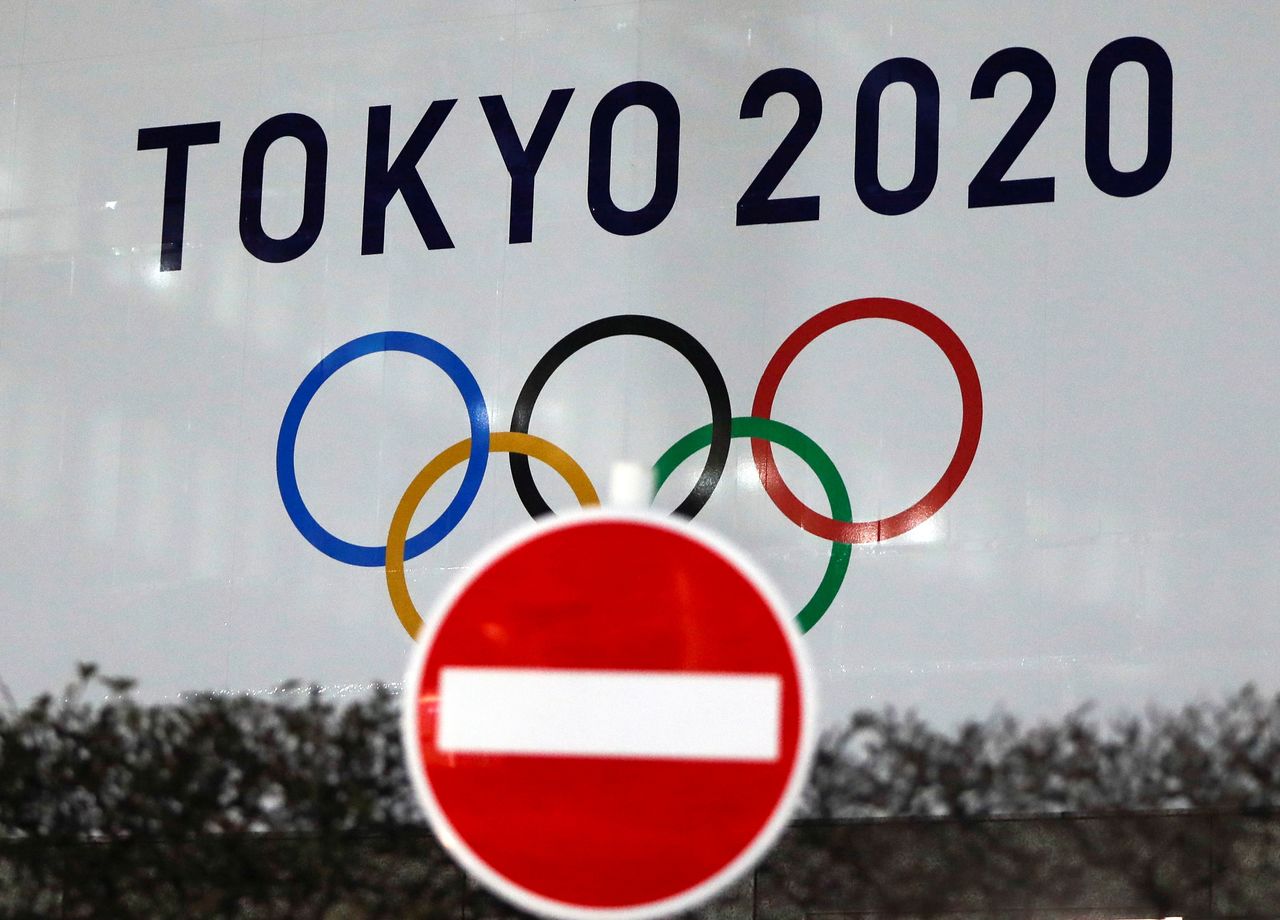 FILE PHOTO: The logo of Tokyo 2020 Olympic Games that have been postponed to 2021 due to the coronavirus disease (COVID-19) outbreak, is seen through a traffic sign at Tokyo Metropolitan Government Office building in Tokyo, Japan January 22, 2021. REUTERS/Issei Kato/File Photo