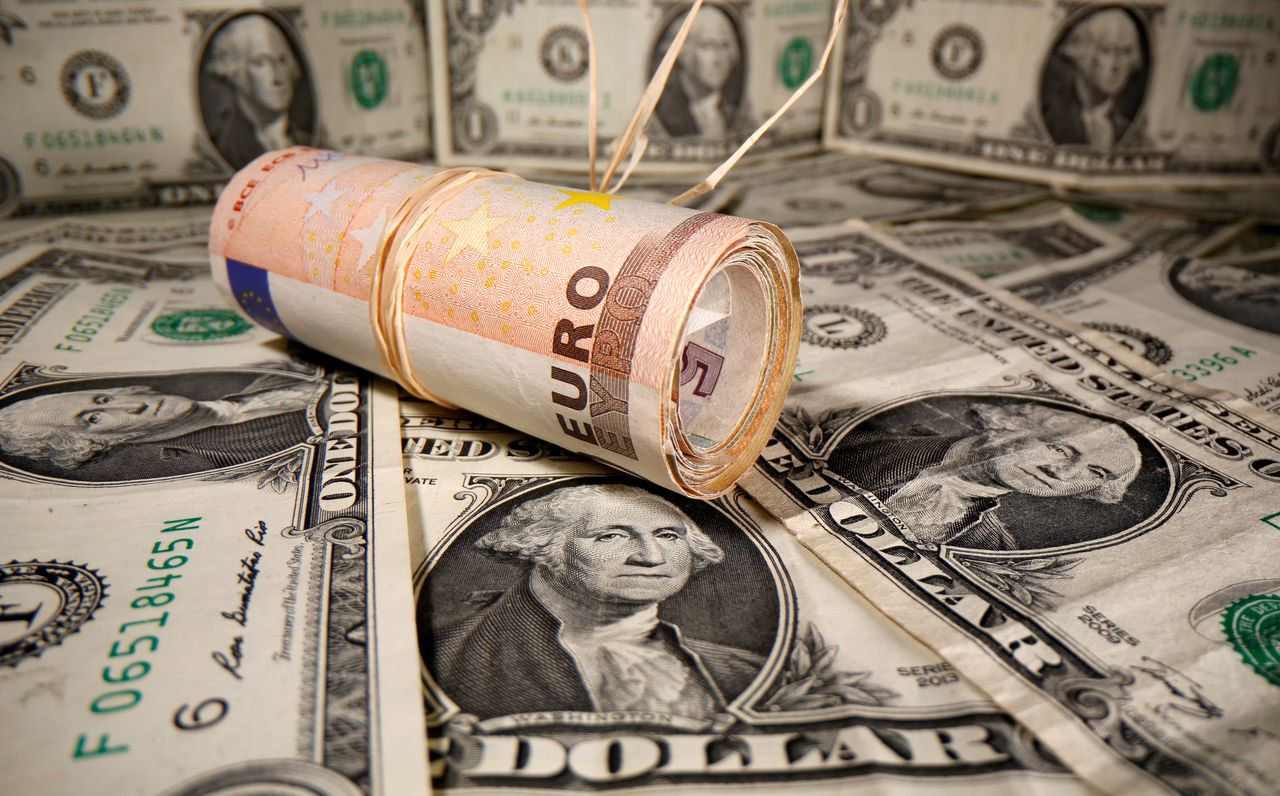 The dollar index rose as much as 0.4% and crossed above 90 on Wednesday afternoon in New York, but still remained near January lows as the market tapped the brakes on its steady slide since March.

Benchmark yields on 10-year U.S. Treasuries stayed within their range from the day before and were edging up higher at 1.58% after an auction of 5-year notes.

Most important is Friday's release of an inflation measure watched closely by the U.S. Federal Reserve. If it is stronger than expected, yields could rise and power the dollar higher. If weaker, the Fed's low interest rate outlook could continue and the dollar's downtrend could resume.

"Caution ahead of the event risk in the latter part of the week is helping to put a tentative floor under the dollar," Manimbo said.

Since March the dollar index has lost more than 3% as many other economies have begun to catch up with the pace of U.S. coronavirus vaccinations and as their interest rates have shown more promise of rising.

Against the Japanese yen on Wednesday, the dollar gained as much as 0.3% and topped 109 yen.

The Japanese government slashed its economic outlook for the first time in three months, citing new weakness in private consumption and business conditions because of coronavirus emergency measures.

The yen is likely to underperform as Japan's economic outlook worsens, according to Win Thin, global head of currency strategy at Brown Brothers Harriman.

Yen weakness could offset the currency's usual appeal as a safe haven.

After the New Zealand central bank hinted at a possible interest rate hike by September of next year, the kiwi rose more than 1% against the U.S. dollar

The RBNZ is the second major central bank after the Bank of Canada to nod toward pulling back on easy money policies.

The change drove up New Zealand government 10-year yields and reminded traders to anticipate shifts in tone from other monetary authorities, despite further insistence from policymakers at the U.S. Federal Reserve that it is too early to discuss tightening.

"There are now several central banks that appear to be closer to a tightening cycle than the Federal Reserve, and markets are sensing that," said Imre Speizer, Westpac's head of New Zealand strategy.

The dollar's rise came at the expense of the euro and the Canadian dollar. The euro lost 0.5% to the dollar as euro zone yields fell on new dovish signals from the European Central Bank. At $1.2187 the euro was still up 4% since March, however.

China's onshore and offshore yuan strengthened to three-year highs versus the dollar. The onshore currency broke through 6.40 - a key psychological level - to trade at 6.39 <CNY=CFXS>.

A day earlier, major Chinese state-owned banks had bought dollars at that level in a move viewed as an attempt to cool the rally, sources said.

Cryptocurrencies bitcoin and ether were up a fraction of 1% and steady after a volatile weekend.

Iran has banned the energy-intensive mining of cryptocurrencies such as bitcoin for nearly four months, as the country faces major power blackouts in many cities.

(Reporting by David Henry in New York, Elizabeth Howcroft in London and Kevin Buckland in Tokyo; editing by Mark Heinrich)