TOKYO (Reuters) -The Bank of Japan is heading in the right direction in "stealth- tapering" its huge asset purchases given the damaging side-effects of prolonged monetary easing, said opposition heavyweight Banri Kaieda.

As trade minister in 2011, Kaieda frequently pressured the central bank to ramp up stimulus to combat a yen spike that was hurting Japan's export-reliant economy.

With the BOJ having deployed a "bazooka" stimulus in 2013 and adopted negative interest rates in 2016, Kaieda now grills BOJ Governor Haruhiko Kuroda in parliament for not revealing an exit strategy from the bank's ultra-loose monetary policy.

"Negative rates helped stem unwelcome yen rises, which is an accomplishment that must be recognised," Kaieda told Reuters in an interview on Monday.

"We now need to fix the side-effects, though this will take time," he said, pointing to the pain that years of ultra-low rates is inflicting on financial institutions' profits.

The comments highlight changing public sentiment over the role of monetary policy, as years of heavy money printing have failed to fire up inflation towards the central bank's 2% target and forced it to maintain its radical stimulus longer than expected.

Kaieda said the BOJ made the right move by fine-tuning its policy framework in March, allowing bond yields to move more flexibly and ditching a numerical target for the pace of its purchases of exchange-traded funds (ETF).

"The BOJ is already stealth-tapering," Kaieda said, adding that it was an "absolutely right decision" to start with its ETF purchases in heading toward an exit from ultra-loose policy.

He added that it would be difficult for the BOJ to ramp up stimulus, such as by deepening negative interest rates, given the damage such a move could do to Japan's weakened banks.

Japan's economy was suffering from deflation and sharp yen gains when Kaieda's party was in power from 2009 to 2012.

Ruling party lawmaker Kozo Yamamoto meanwhile said the BOJ tapering was rolling back the many "successes" of the stimulus policies he helped formulate as an architect of Abenomics.

Kuroda's "bazooka" stimulus was among the three arrows of Abenomics, a stimulus programme adopted in 2013 by then prime minister Shinzo Abe that reversed yen rises and boosted stocks but failed to trigger inflation. 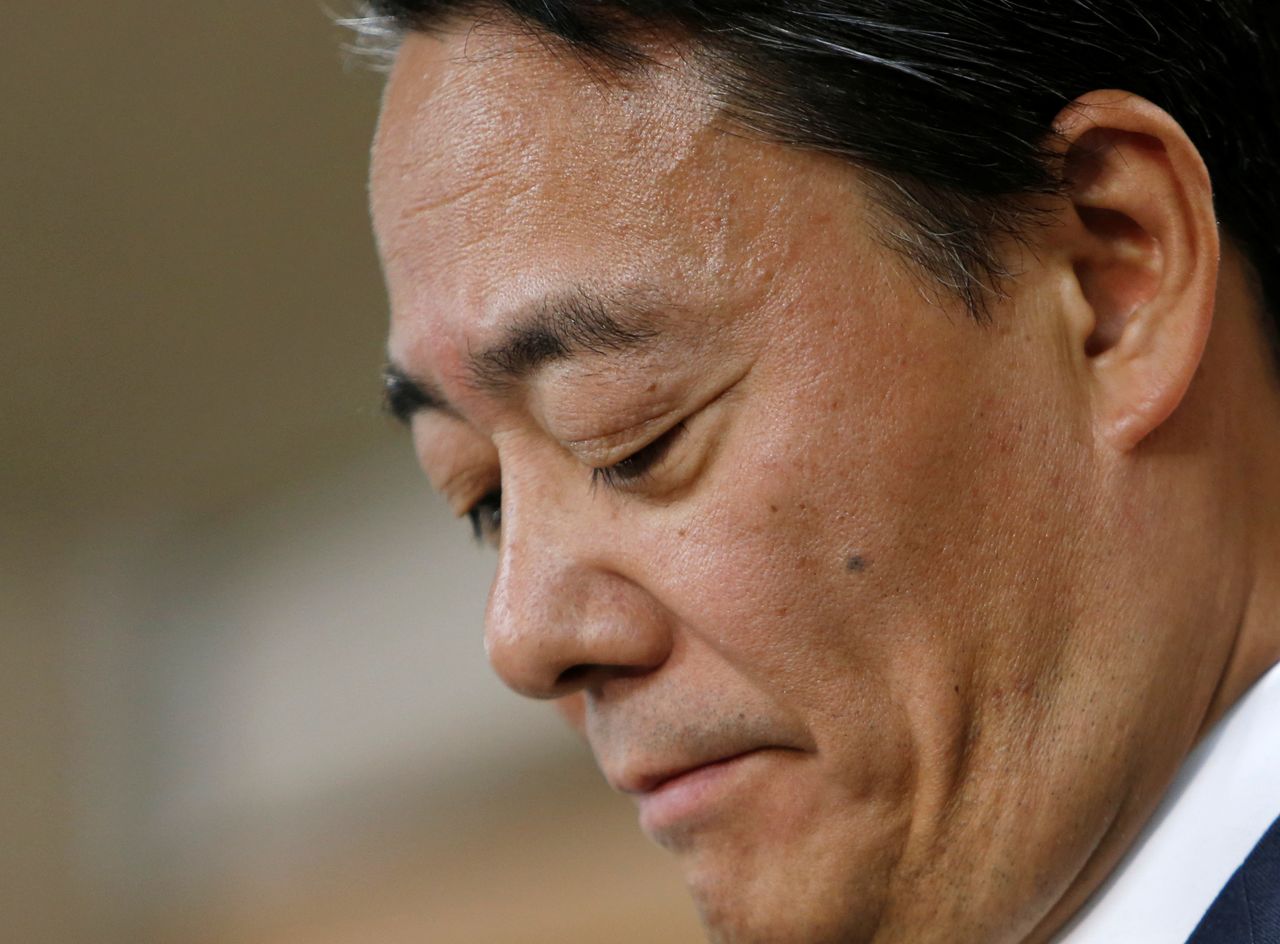 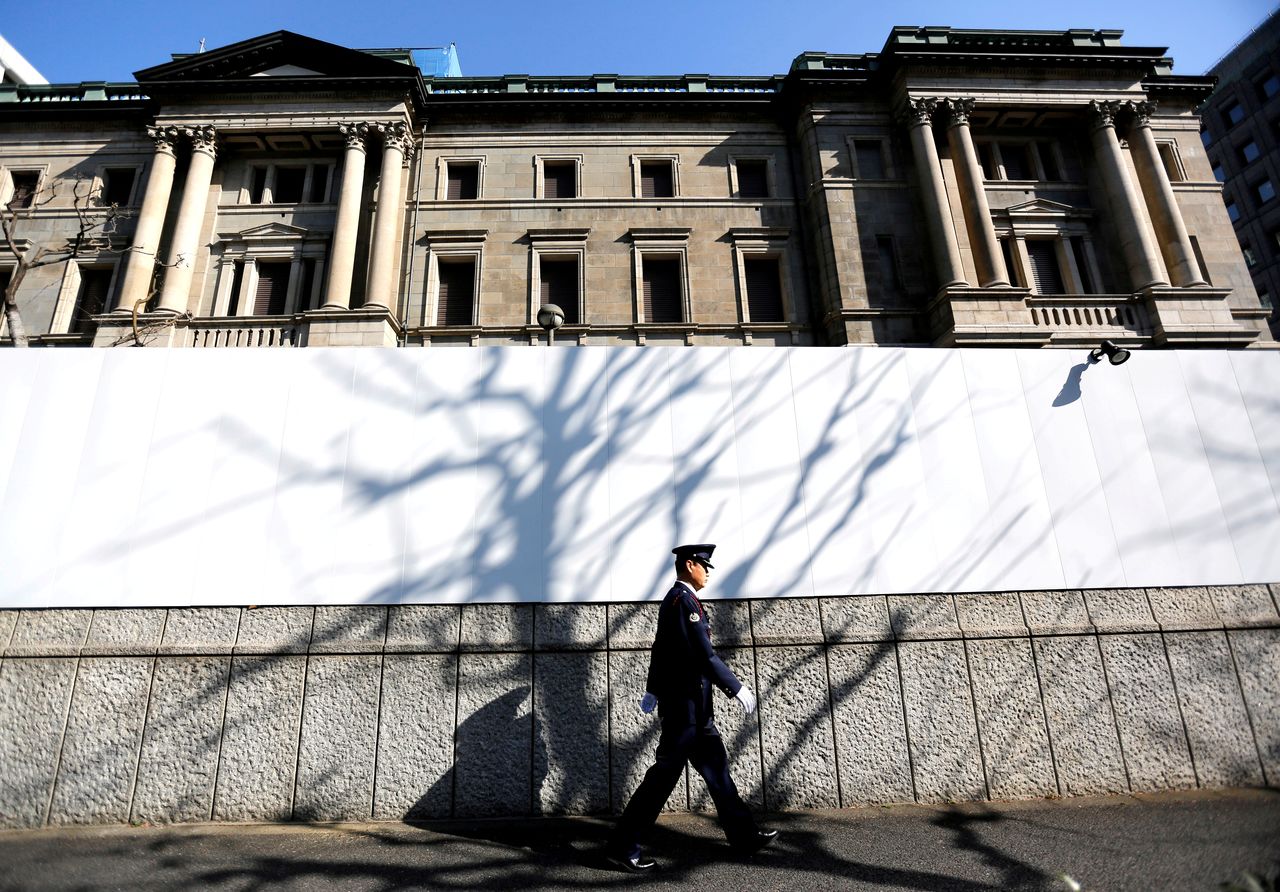 FILE PHOTO: A security guard walks past in front of the Bank of Japan headquarters in Tokyo, Japan January 23, 2019. REUTERS/Issei Kato