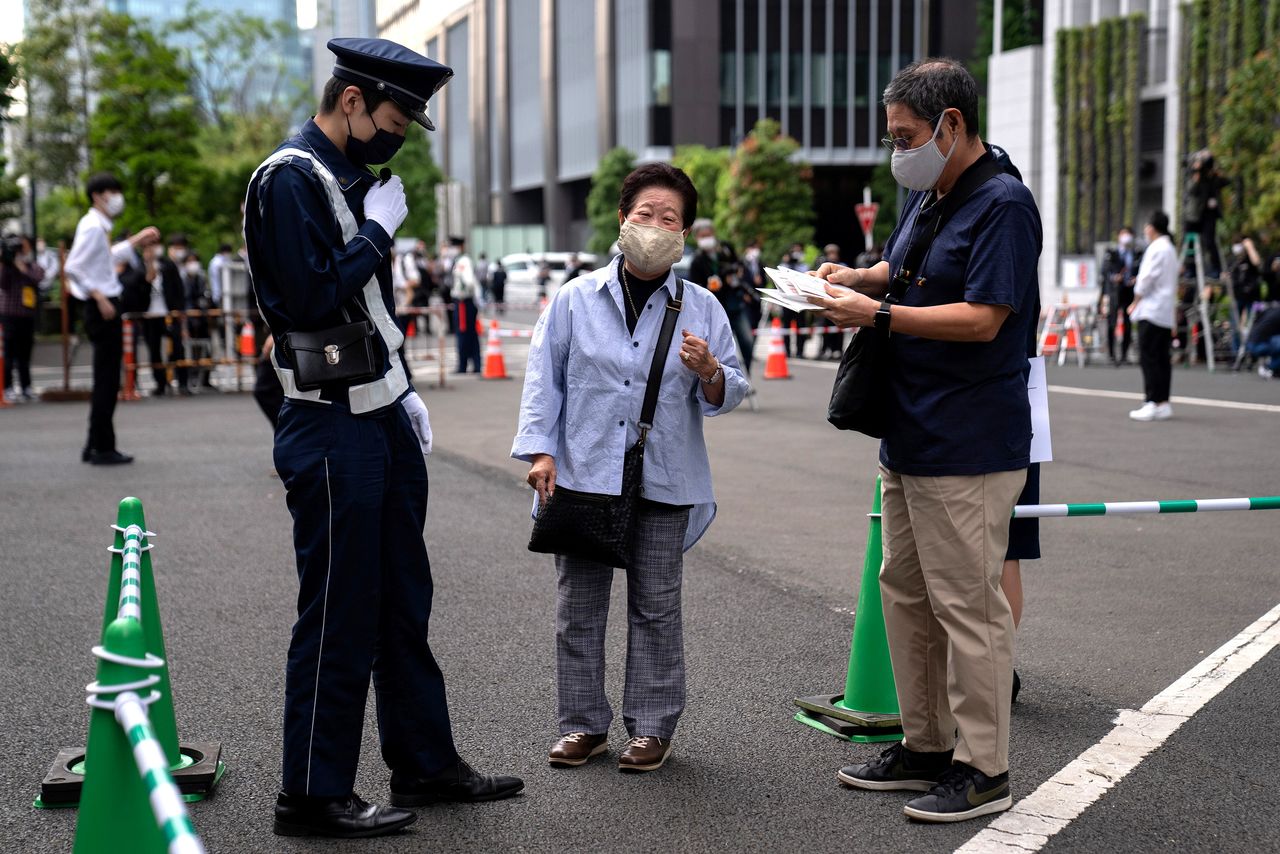 A woman arrives to receive the Moderna coronavirus disease (COVID-19) vaccine at the newly-opened mass vaccination centre in Tokyo, Japan, May 24, 2021. Carl Court/Pool via REUTERS

India scrapped local trials for "well-established" foreign coronavirus vaccines on Thursday to fast-track imports as it battles a devastating second wave of the pandemic that has killed hundreds of thousands of people.

So far in May, India has recorded nearly 107,000 COVID-19 deaths, just over a third of the country's overall toll since the pandemic began last year.

The government said it was in talks with Pfizer for "earliest possible" imports of its shots and that it had also had discussions with Johnson & Johnson and Moderna.

Australia's second most populous state of Victoria will enter a one-week lockdown forcing its near seven million residents to remain home except for essential business as authorities struggle to contain a highly-infectious outbreak.

"We're dealing with a highly infectious strain of the virus, a variant of concern, which is running faster than we have ever recorded," Victoria state Acting Premier James Merlino told reporters in Melbourne. "Unless something drastic happens, this will become increasingly uncontrollable."

Australia has recorded 910 COVID-19 deaths since the pandemic began, with Victoria accounting for 90%.

France's Sanofi and Britain's GlaxoSmithKline on Thursday launched a late-stage human trial for their recombinant COVID-19 vaccine candidate that they hope to get approved by the end of this year.

The two companies, which earlier this month reported positive interim results, confirmed their double-blind, placebo-controlled, Phase III study would include more than 35,000 adults in the United States, Asia, Africa, and Latin America.

Pending a positive outcome, the vaccine could be approved in the fourth quarter after having initially been targeted for the first half of this year before a setback.

The head of a Japanese doctors' union warned on Tuesday that holding the Olympic Games in Tokyo this summer, with tens of thousands of people from around the world, could lead to the emergence of an "Olympic" strain of the coronavirus.

Japan has pledged to hold a "safe and secure" 2020 Olympics after a year-long postponement but it is struggling to contain a fourth wave of infections and preparing to extend a state of emergency in much of the country.

Japanese officials, Olympics organisers and the International Olympic Committee have all vowed the Games will go ahead, albeit under strict virus-prevention measures. Foreign spectators have been banned and a decision on domestic ones is expected next month.

German researchers on Wednesday said they believed they had found the cause of the rare but serious blood clotting events among some people who received COVID-19 vaccines made by AstraZeneca and Johnson & Johnson.

The researchers, in a study not yet reviewed by experts, said COVID-19 vaccines that employ adenovirus vectors - cold viruses used to deliver vaccine material - send some of their payload into the nucleus of cells, where some of the instructions for making coronavirus proteins can be misread.

The resulting proteins could potentially trigger blood clot disorders in a small number of recipients.