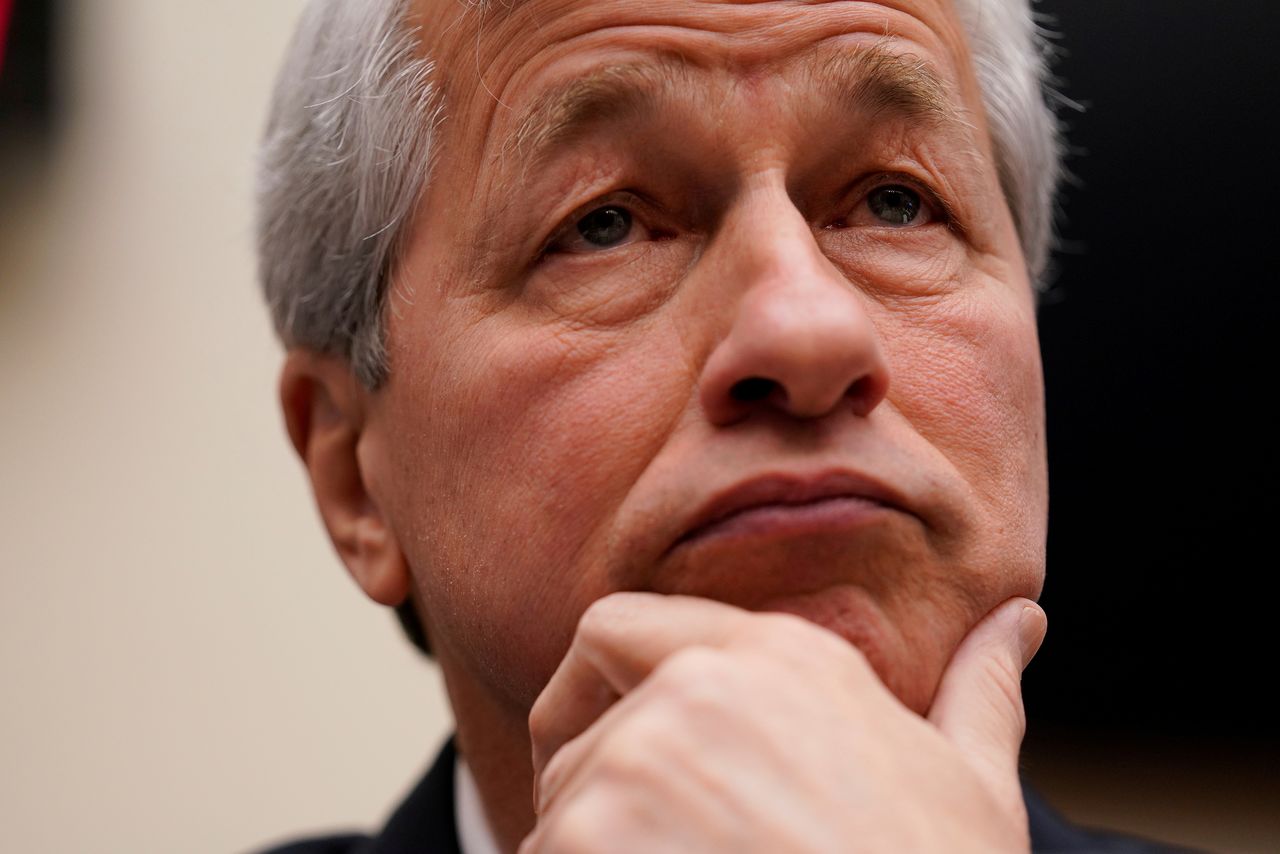 WASHINGTON (Reuters) -The heads of major U.S. retail banks faced renewed criticism Thursday from Democratic lawmakers who said financial institutions should not have charged Americans billions of dollars in overdraft and other fees during the pandemic.

Testifying before Congress for the second time this week, the CEOs of JPMorgan Chase, Bank of America, Citigroup Inc and Wells Fargo highlighted their banks' efforts to waive fees and offer more affordable accounts after Senator Elizabeth Warren attacked them over the costs.

JPMorgan CEO Jamie Dimon, who bore the brunt of Warren's ire during Wednesday's Senate hearing, said his bank waived $400 million in overdraft fees for customers who asked for help since the pandemic began. Warren had slammed JPMorgan for gathering $1.46 billion in such fees.

She responded on Thursday, tweeting, "Only @jpmorgan would brag that they only charged about $1.5 billion in overdraft fees during a global pandemic and economic crisis, instead of the roughly $2 billion they usually take."

In a statement, the Consumer Bankers Association said customers have to opt in for overdrafts and many do so because they "view it as a valuable service."

On Thursday, House Financial Services Committee Chairwoman Maxine Waters, another Democratic critic of Wall Street, also raised concerns that banks had "raked in" fees "at a time when individuals and families across the country are struggling."

Scharf, who is trying to turn Wells Fargo around after its six-year sales practices scandal, said the bank was looking to be "more consumer-friendly." He said it had recently launched an overdraft-free account that is "probably" now its most popular.

The chief executives of Goldman Sachs Group and Morgan Stanley also testified on Wednesday and Thursday.