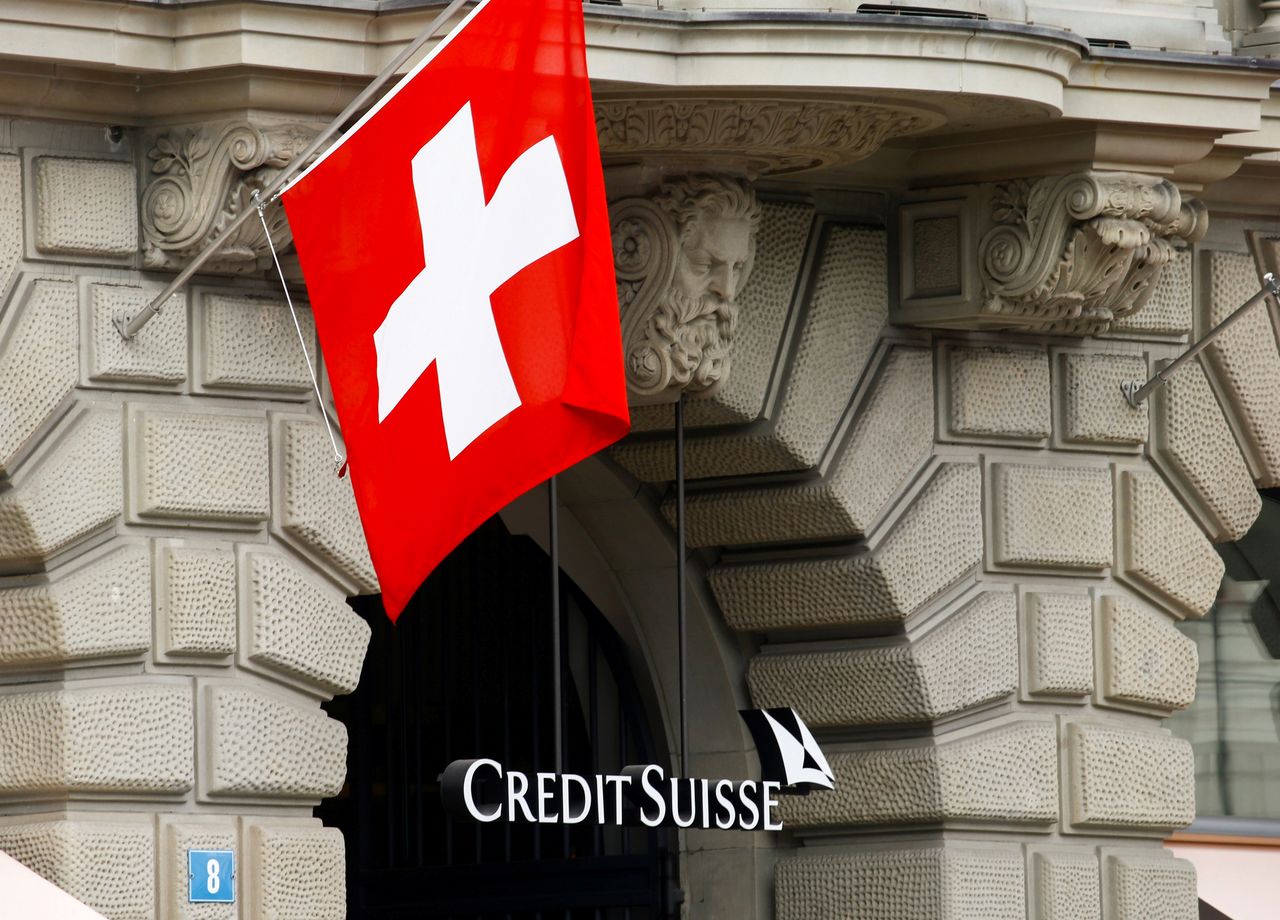 FRANKFURT (Reuters) - Exasperation with Credit Suisse following a string of scandals is prompting Switzerland to rethink a system in which top bankers have been largely untouchable.

Credit Suisse's heavy losses from the collapse of family office Archegos and the decimation of billions of client investments backed by insolvent British financier Greensill have angered regulators and triggered a rare discussion among lawmakers about fining bankers.

The debate, the biggest public discussion about banking reform since the financial crash, centres on ending the current laissez-faire regime, where fines on bankers are not possible, to copy Britain's stricter rule book.

"Bank directors don't take responsibility for their action because there is no need to. There are no real sanctions for mismanagement," said Gerhard Andrey, a Green member of the Swiss parliament.

"The scandals that have hit Credit Suisse, from Mozambique to Greensill, are damaging for Switzerland's reputation. We have proposed a reform ... that would mean if something goes wrong, then the manager is on the hook," he said.

Andrey's proposals, which follow the ground-breaking British model that makes top management of financial firms directly accountable for their actions, are set to be discussed by Swiss lawmakers in the coming days.

The debate has unfolded after Credit Suisse lost more than $5 billion from the collapse of family office Archegos and faced a barrage of legal action over $10 billion of client investments linked to Greensill.

A bank spokesman said its board of directors had launched investigations that would "reflect on the broader consequences" of those events, adding that it had made management changes in investment banking and risk controls.

The string of scandals angered officials at supervisor FINMA, who struggle to hold bankers to account because Swiss rules only allow it sanction directors if directly involved in wrongdoing rather than for general managerial lapses.

A FINMA spokesman told Reuters that it welcomed a discussion about "optimising" "questions about personal responsibility", adding that other financial centres "go significantly further than Switzerland".

He said current Swiss rules allowed penalties, such as banning bankers from working, only if there was a direct link between the manager and wrongdoing, and that it was not enough to show that person was simply in charge.

Despite more than $15 billion in writedowns and penalties at Credit Suisse and multiple scandals, FINMA has struggled to get the bank under control and dissenting shareholders also failed to oust its chairman, Urs Rohner, before he retired this year.

As well as Archegos and Greensill, Credit Suisse's has had other problems, including a spying scandal that forced the departure of its former CEO.

Its bankers also faced proceedings in Britain and the United States related to loans granted to Mozambique that plunged it into a debt crisis.

U.S. prosecutors last year said they were investigating Credit Suisse's role in the $2 billion corruption case, which stems from loans the bank helped arrange to develop Mozambique's coastal defences. The bank has said it is cooperating with the enquiry.

Commenting on its most recent setbacks, the bank said it had suspended some pay to employees involved, including executive board members so that it would be able to claw back the money if needed.

Monika Roth, a Swiss lawyer and compliance expert, said it was prohibitively expensive for bank shareholders to seek justice by pursuing directors over failings in Swiss courts and that it should be made possible for supervisors to claw back director pay.

Any reform, however, is likely to meet resistance. The Swiss Banking Association said that current supervision was "well-balanced" and rigorous and that any improvements should take into account the "peculiarities" of Swiss banking.

Dominik Gross, of the Swiss Alliance of Development Organisations, predicted that Swiss lawmakers would be reluctant to change.

"There is an understanding that a strong financial centre is part and parcel of Switzerland - just like watches and chocolate. A large part of the population profits from the money that comes in."