Taiwan targets COVID-19 vaccination for 60% of population by Oct 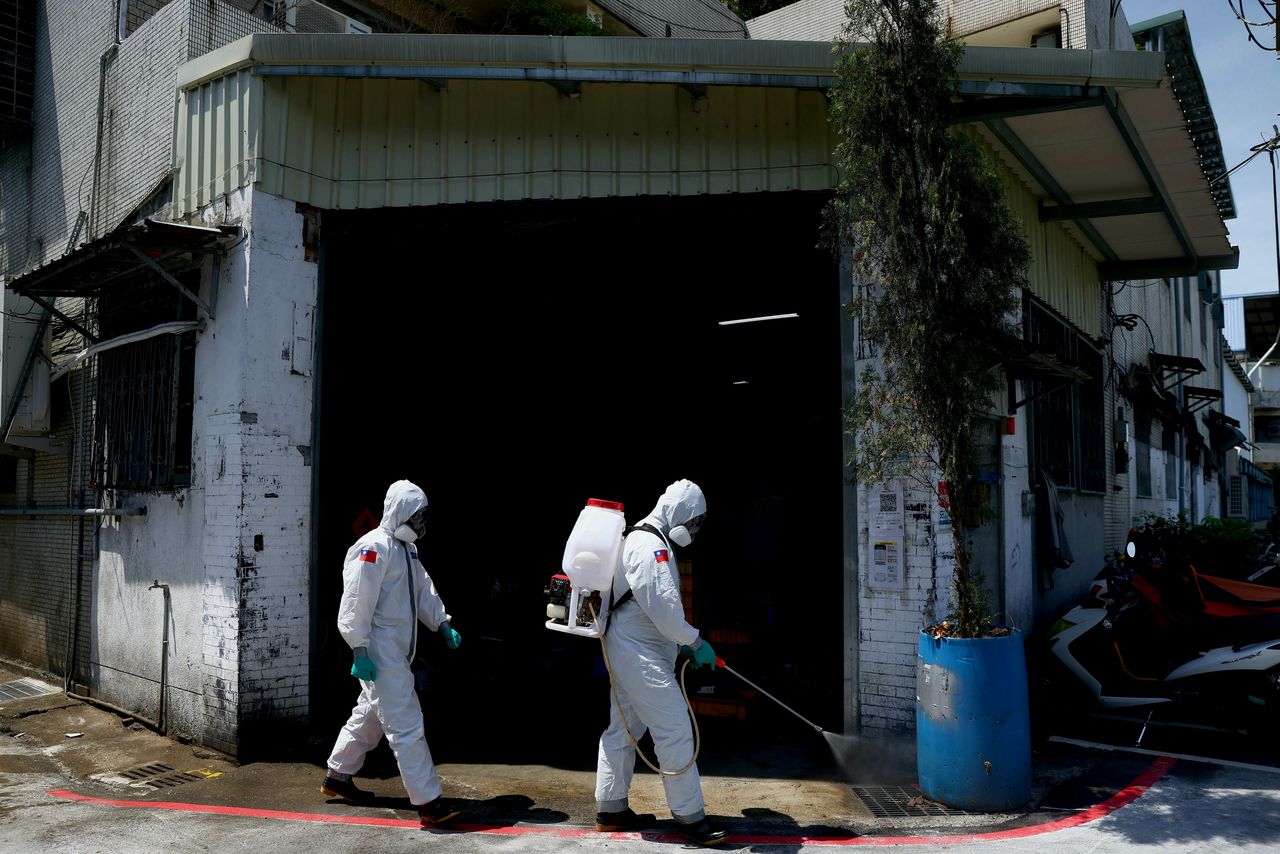 TAIPEI (Reuters) -Taiwan aims to cover 60% of its population with at least one dose of coronavirus vaccine by October, the health minister said on Friday, adding that the island's infection rate was not good, despite its pandemic curbs.

Battling a spike in domestic cases, Taiwan announced 555 new infections on Friday, after months in which the virus was well under control, and has called its second highest alert to limit gatherings and shut entertainment venues.

"If we turn on all the firepower for vaccination, the coverage for the first shot could reach 60%," Health Minister Chen Shih-chung told a daily news briefing.

Authorities will use a combination of imported and home-made vaccines to reach that fraction of a population of more than 23 million by the end of October, he said, adding that even coverage of 40% would be effective to curb the outbreak.

Taiwan has received fewer than one million doses of nearly 30 million on order, as global supply shortages constrict vaccine deliveries. It has also blamed China for blocking a deal for vaccines from Germany's BioNTech SE.

With just about 1% of its population vaccinated, Taiwan is seeking urgent help from allies, such as the United States, to secure vaccines as domestic criticism mounts over the shortfall.

After pressure from some opposition politicians, Chen said local governments and companies would be able to import vaccines directly, but had to follow strict protocols including doing it through pharmaceutical companies.

The charity of billionaire Terry Gou, founder of Apple Inc supplier Foxconn, said it was preparing to apply for permission to be able to import vaccines, but called on the government to provide clarity on the rules.

Positive cases are currently heavily concentrated in the capital, Taipei, and its neighbouring city.

Chen said current curbs, such as limits on gatherings, were effective, but the rise in new infections remained high.

"This is not a very good situation...We are not seeing a downward trend," Chen said, referring to daily new infections that have hovered above 400 in the past week.

"There are hidden patients in the community," he added. "We need to speed up rapid tests in hot spots."

Japan held out the prospect of timely help, saying it would consider sharing its vaccine doses with other countries after a ruling party panel urged that a portion of its AstraZeneca Plc stocks be provided to Taiwan.

The first 150,000 doses of more than 5 million ordered from Moderna Inc arrived in Taiwan late afternoon on Friday.