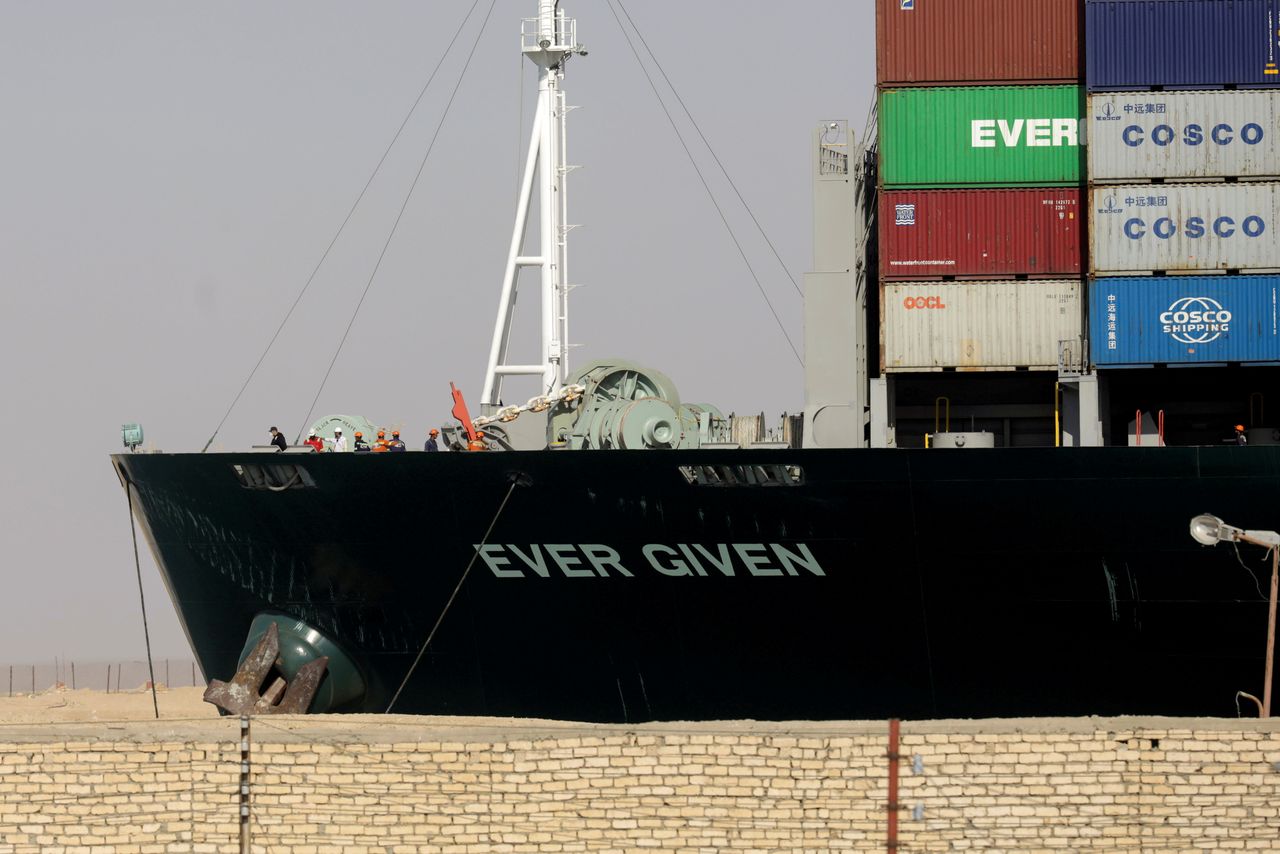 ISMAILIA, Egypt (Reuters) - An Egyptian court on Saturday postponed a hearing in a compensation case filed by the Suez Canal authority against the owners of a container ship that blocked the canal for six days in March, giving the sides more time to negotiate, legal sources said.

The Ever Given, one of the world's largest container ships, became jammed across the canal in high winds on March 23, halting traffic in both directions and disrupting global trade.

The Suez Canal Authority (SCA) initially demanded $916 million in compensation from the Ever Given's Japanese owner Shoei Kisen for disruption caused by the blockage.

But earlier this week, the SCA said it would be willing to accept $550 million, including a $200 million deposit paid to secure the ship's release and the remaining amount payable through letters of credit.

A lawyer representing the ship's owner said the two sides had asked for Saturday's hearing to be postponed to allow for further negotiations.

"The two parties have requested the delay, and we have not yet determined any amount for compensation, and this will be done after holding several new negotiations sessions with the Suez Canal," the lawyer said, asking not to be identified.

The court has now scheduled the hearing to take place on June 20, the SCA said on its Facebook page.