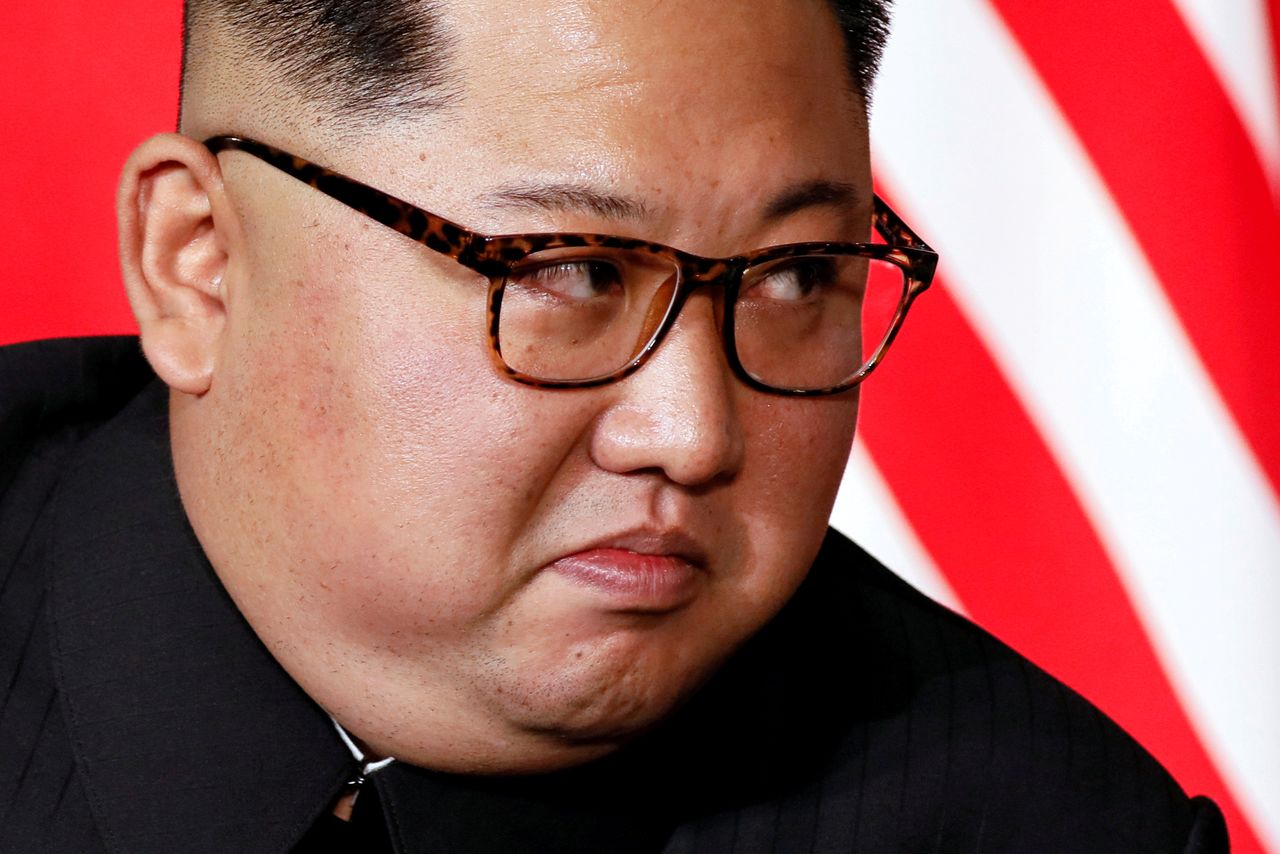 FILE PHOTO: North Korea's leader Kim Jong Un listens to U.S. President Donald Trump as they meet in a one-on-one bilateral session at the start of their summit at the Capella Hotel on the resort island of Sentosa, Singapore June 12, 2018. REUTERS/Jonathan Ernst

SEOUL (Reuters) - North Korea's state media on Monday criticised the recent termination of a pact between the United States and South Korea that capped the development of South Korea's ballistic missiles, calling it a sign of Washington's "shameful double-dealing."

South Korean President Moon Jae-in announced the abolishment of the joint missile guidelines that had limited the country's development of ballistic missiles to a range of 800 km (500 miles) after his first summit with U.S. President Joe Biden earlier this month.

North Korea's official KCNA news agency carried an article by Kim Myong Chol, who it described as an "international affairs critic," to accuse the United States of applying a double standard as it sought to ban Pyongyang from developing ballistic missiles.

The United States is "engrossed in confrontation despite its lip-service to dialogue," Kim said. "The termination step is a stark reminder of the U.S. hostile policy toward the DPRK and its shameful double-dealing."

North Korea's target is the United States, not South Korea's military, and it will counter the States on "the principle of strength for strength," Kim said.

Kim also criticised Moon for welcoming the termination of the guidelines, calling it "disgusting, indecent."

"Now that the U.S. and the South Korean authorities made clear their ambition of aggression, they are left with no reasons whatsoever to fault the DPRK bolstering its capabilities for self-defence," Kim added.