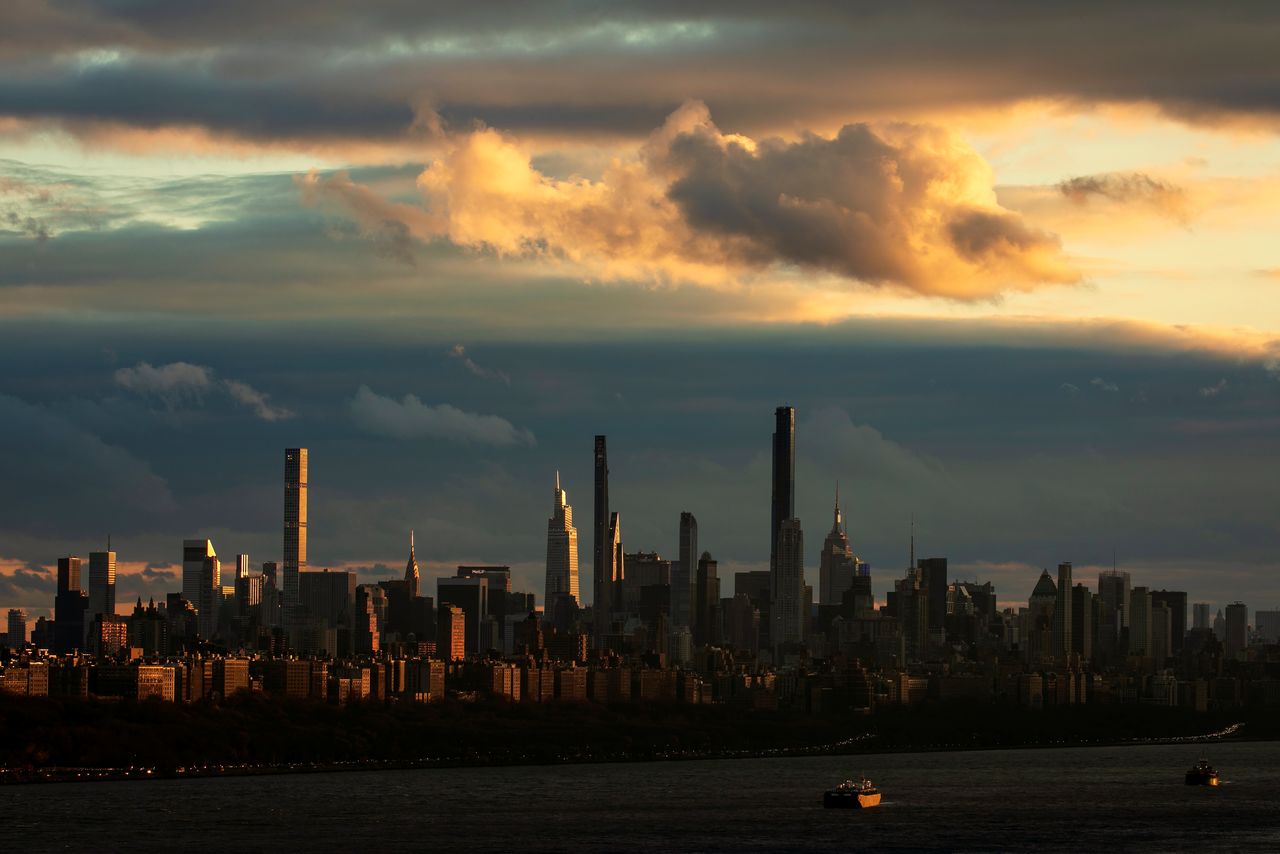 FILE PHOTO: Barges sit at anchor on the Hudson River as sunset falls on the skyline of the west side of Manhattan in New York City, New York, U.S., December 1, 2020. REUTERS/Mike Segar

PARIS (Reuters) - The global economic outlook is improving as vaccine rollouts allow businesses to resume operations and as the United States pumps trillions of dollars into the world's largest economy, the OECD said on Monday, nudging its forecasts higher.

The global economy is set to grow 5.8% this year and 4.4% next year, the Organisation for Economic Cooperation and Development said, raising its estimates from 5.6% and 4.0% respectively in its last forecasts released in March.

The global economy has now returned to pre-pandemic activity levels, but has not yet achieved the growth expected prior to the global health crisis, the OECD said in its latest Economic Outlook publication.

"The world economy is currently navigating towards the recovery, with lots of frictions," OECD chief economist Laurence Boone said in an editorial to the Outlook.

"The risk that sufficient post-pandemic growth is not achieved or widely shared is elevated," she added.

While vaccination campaigns were allowing advanced economies to gradually reopen for business, many emerging market economies were being held back by slow vaccination deployment and new COVID-19 outbreaks, the OECD said.

Sizeable spare capacity in the global economy would help keep a sustained increase in inflation at bay despite recent price pressures triggered by supply chain bottlenecks as economies reopen, it said.

While confident that central banks would not get spooked by temporary price increases, Boone said she was less certain about financial markets, where she saw a risk of higher market rates and volatility.

Governments should keep up income support for households and companies until vaccination is widespread enough to protect the most exposed sectors, the OECD said.

The U.S. stimulus plan was seen adding 3-4 percentage points to U.S growth and 1% to global growth while bringing the U.S. economy back to pre-crisis levels by mid-2021.