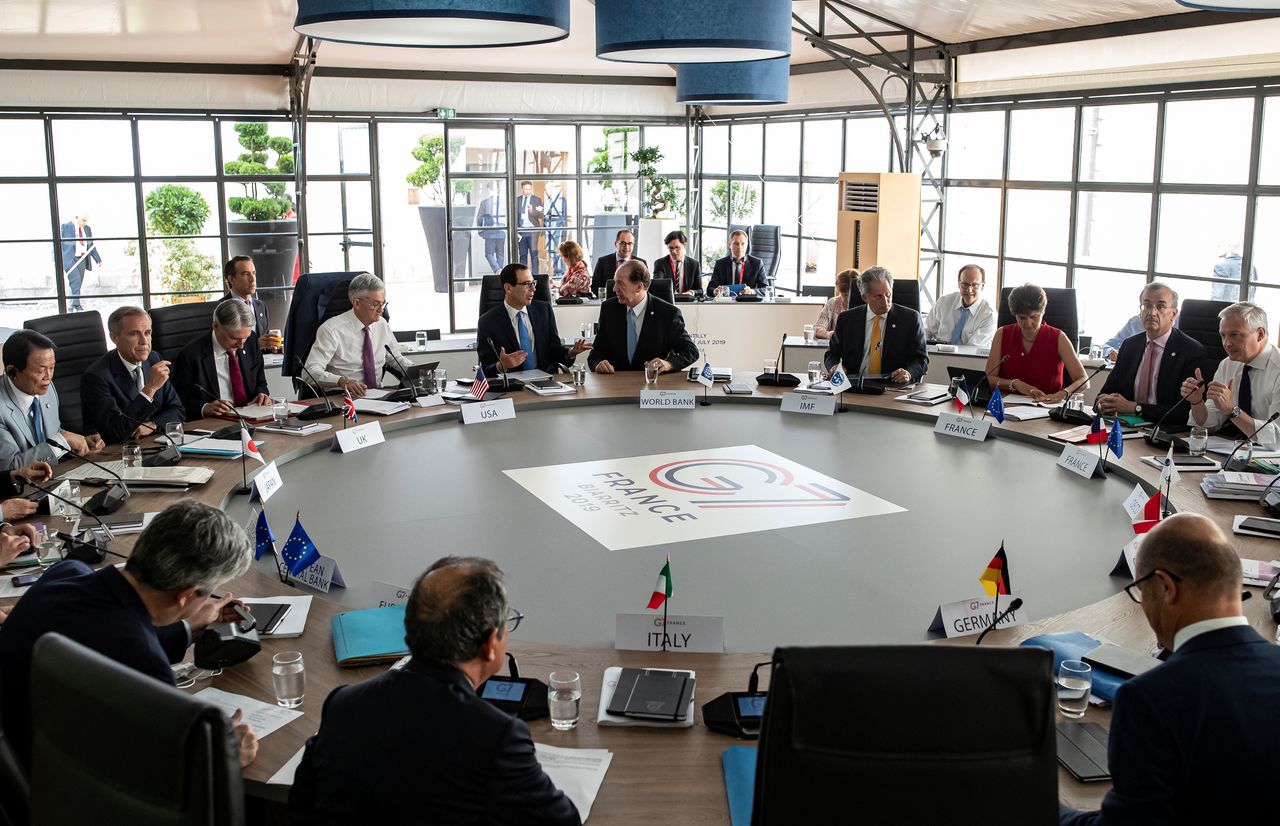 BRUSSELS (Reuters) -Finance ministers from the group of seven rich nations (G7) will vow this week to support their economies as they emerge from the pandemic and reach an "ambitious" deal on a minimum global corporate tax in July, a draft communique showed.

G7 officials, set to meet in London on June 4-5, will also say that once the recovery is well established, they will need to "ensure long-term sustainability of public finances", which is understood to be code for a gradual withdrawal of stimulus.

"We commit to not withdrawing policy support too soon and investing to promote growth, create high-quality jobs and address climate change and inequalities," the draft communique, seen by Reuters, said.

"Once the recovery is firmly established, we need to ensure the long-term sustainability of public finances to enable us to respond to future crises," the draft said, without specifying how the G7 would deem the recovery to be considered firm.

G7 governments have been pumping trillions of dollars into their economies to keep them alive since the start of the pandemic in March 2020 as repeated lockdowns pushed the world into a deep recession.

To help alleviate the strain on public finances, the draft said the G7 strongly supported the efforts of the Organisation for Economic Cooperation and Development (OECD) to set a global minimum corporate tax level that would ensure large multinationals paid their fair share of taxes.

Such a tax would aim to solve the problem of large companies that generate huge revenues but pay very little tax because they set up offices for tax purposes in low-tax jurisdictions.

The solution the OECD is working on would force a minimum global level of tax on all corporate revenues, no matter where a company chooses to set up its headquarters for tax purposes.

"We commit to reaching an equitable solution on the allocation of taxing rights and to a high level of ambition on the rate for a global minimum tax," the draft said, without mentioning any numbers.

The United States proposed earlier in May to set the minimum tax at 15%, down from the 21% it proposed in April, and the lower level seemed to quickly receive broad backing in Europe.

"We ... look forward to reaching an agreement at the July meeting of G20 finance ministers and central bank governors," the G7 draft said.

It said there was an overwhelming moral, scientific and economic case for ensuring wide access to COVID-19 vaccines, as the global economy would not be safe until the virus is under control everywhere.

The G7 will therefore call on the International Monetary Fund to use its funds for buying vaccines and on the private sector to step up its contribution too.

The draft said the G7 would also support mandatory climate-related financial disclosures by companies that provide "consistent and decision-useful" information for markets.

"We commit to properly embed climate change and biodiversity loss considerations into economic and financial policymaking, including addressing the macroeconomic impacts and the optimal use of policy levers such as carbon pricing," the draft said.

The G7 would also seek to coordinate globally on what constitutes sustainable, green investment to avoid confusion among investors.