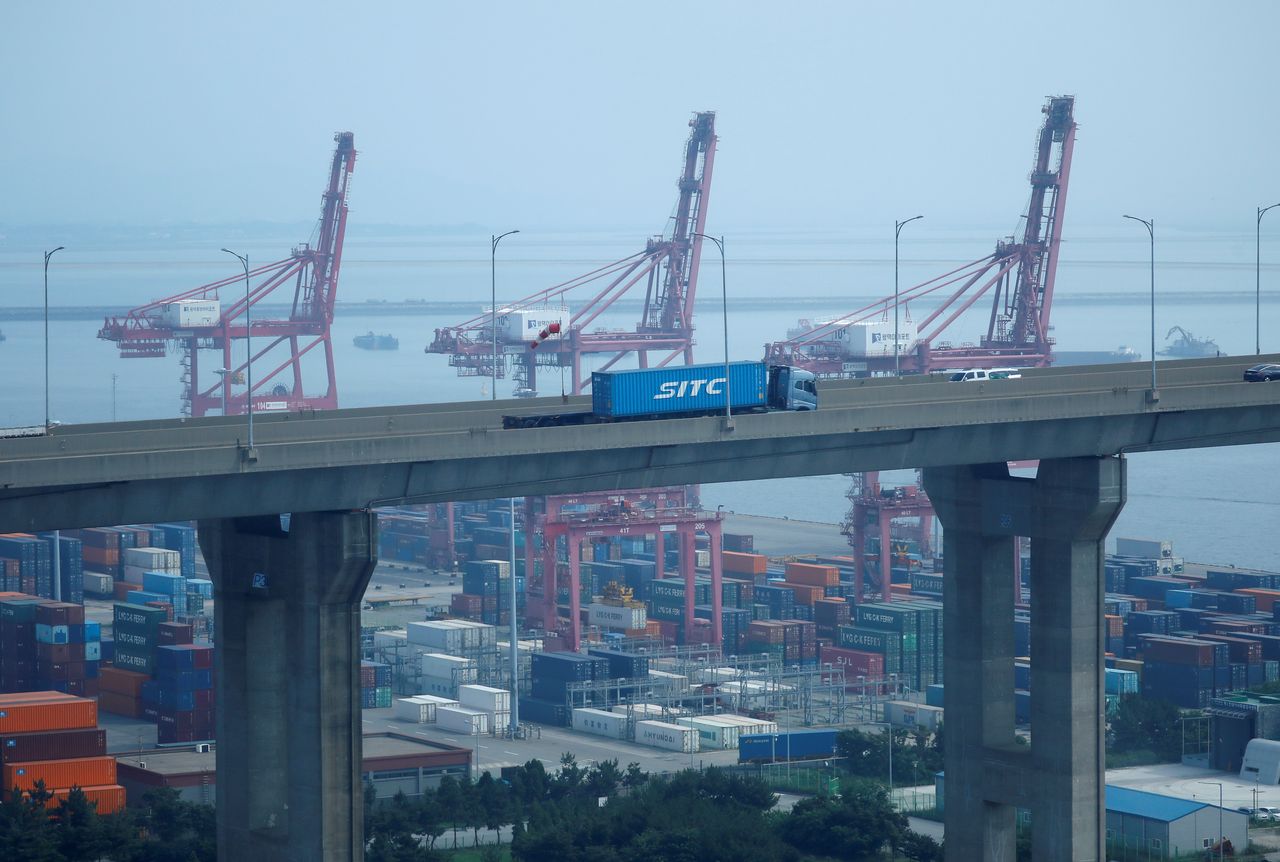 SEOUL (Reuters) -South Korea exports logged their sharpest expansion in 32 years in May, marking another robust month of shipments fuelled by stronger consumer demand globally as many economies start to reopen.

Surging chip and car shipments helped power a 45.6% surge in South Korea's exports from a year earlier, government data showed on Tuesday, posting the fastest growth since August 1988 and extending their expansion to a seventh month in a row.

Exports growth, however, slightly missed a consensus of a 48.5% gain in a Reuters poll.

Asia's fourth-largest economy is the first major exporting economy to report monthly trade data that includes key IT products and the strength of its exports could further build confidence in a global economic recovery.

While the pace of shipments growth is set to slow as base effects from the coronavirus fade, the outlook for exports remains bullish.

"The base effect will keep exports growth strong through June and the pace will slow down in the third quarter. Annual exports growth will probably be double-digit," Park said.

In South Korea's largest port of Pusan, port congestion is so bad that the Pusan Newport International Terminal, one of the largest terminals in the country, has begun accepting container boxes only if they are due for shipment within five days, down from seven previously.

Separate data on the nation's factory activity showed activity extended growth into an eight straight month in May. The IHS Markit purchasing managers' index (PMI) for May stood at 53.7, compared with 54.6 in April, with a reading above the 50-mark meaning an expansion in activity.

Reflecting the robust business activity, vice finance minister Lee Eog-weon on Tuesday said there are clearer signs of inflation, and that consumer inflation is likely to accelerate further in May.

South Korea's Kospi inched up for a third straight session, up 0.52% by 0130 GMT at 3,219.98 as heavyweights across chips, cars and petrochemical sectors all gained.

The export data showed shipments of chips gained 24.5% on-year, rising for an 11th month in a row, while shipments of cars soared 93.7%. Petrochemical products exports surged 94.9% from a year earlier.

Average exports per working day grew 49.0% in May, far outperforming a 29.5% increase of April when shipments gained 41.2%.