BEIJING (Reuters) - China's decision to allow families to have up to three children was met with scepticism on Tuesday, with doubts expressed on social media whether it would make much difference, and calls for details on what promised "supportive measures" will include.

On Monday, Beijing announced that it was lifting the two-child limit in an effort to encourage more child-bearing, weeks after census data confirmed rapid aging and a decline in fertility that puts China on track to see its population, the world's largest, begin shrinking.

Social media participants cited the high cost of raising children in urban China, where housing can be expensive and children undergo private tuition in addition to public schools amid a fiercely competitive education system, as deterrents to having kids.

Women in China already face a widening gender gap in terms of workforce participation and earnings, and have borne a growing share of childcare duties as state-supported childcare has declined, according to a report last year by the Peterson Institute for International Economics.

"Working women in the big cities will be further discriminated against, and it would be harder for women over 30s to find jobs," said another Weibo user.

The Xinhua readout from Monday's Politburo meeting chaired by President Xi Jinping said that in conjunction with the new policy China would lower educational costs, step up tax and housing support and guarantee the legal interests of working women, but did not give specifics.

James Liang, a professor at Peking University's School of Economics and founder of online travel giant Trip.com Group, last month urged China to give parents of each newborn 1 million yuan to lift a fertility rate of just 1.3 children per woman in 2020. That rate is in line with countries such as Japan and Italy and far short of the 2.1 replacement rate.

He said this week that China would need to spend about 5% of GDP, compared with "practically 0% now", in cash, tax breaks, housing subsidies, day care and other incentives in order to get the fertility rate up to about 1.6, and expects the government soon to step up building day-care centres and kindergartens.

Developed counties typically spend 1% to 4% of GDP on such support, he said.

"The one I'd really like to see is the housing subsidy, especially in large cities," he said. "If the local government can return (land tax) or give discounts to couples with a third child or second child," it would be helpful, he said.

When China scrapped its one-child policy in 2016 there was a brief uptick in births followed by a decline that has steepened as costs continue to rise.

"Having just one child or no children has become the social norm in China. Social and economic patterns cater to the one-child policy, so the inertial effects linger on," he said.

The Global Times, a nationalistic tabloid published by the ruling Communist Party's People's Daily, acknowledged the difficulty of having three children in big cities but also said economics was not the only factor.

"It is equally important to change some habitual views of children and family values in a society with a declining birth rate, and to form new expectations and acceptability, as well as views on happiness," it said in an editorial.

(Reporting by Tony Munroe; Additional reportiny by Sophie Yu and Leng Cheng in Beijing and David Kirton in Shenzhen; Editing by Raju Gopalakrishnan) 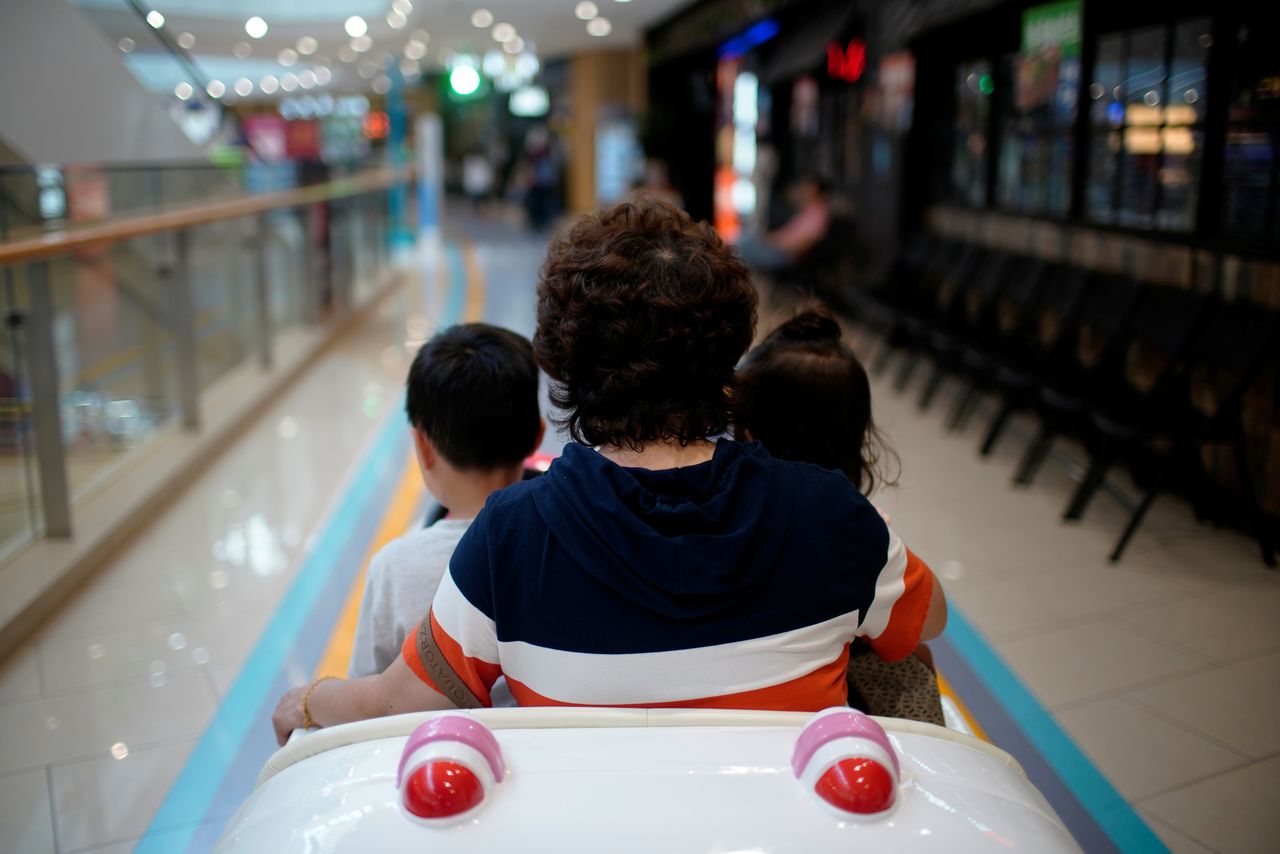 FILE PHOTO: A person sits in a toy car with children at a shopping mall in Shanghai, China June 1, 2021. REUTERS/Aly Song 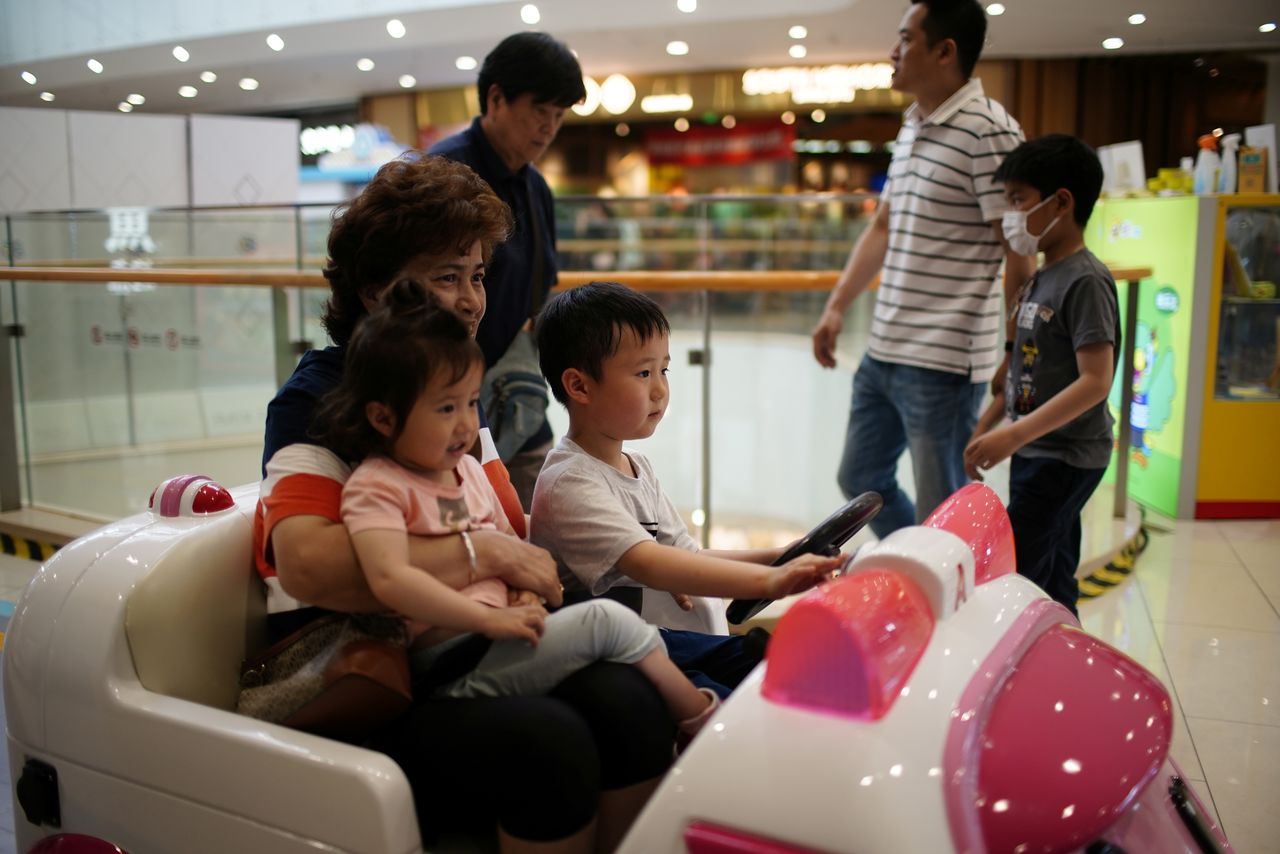 A person holds a girl as a boy drives a toy car at a shopping mall in Shanghai, China June 1, 2021. REUTERS/Aly Song 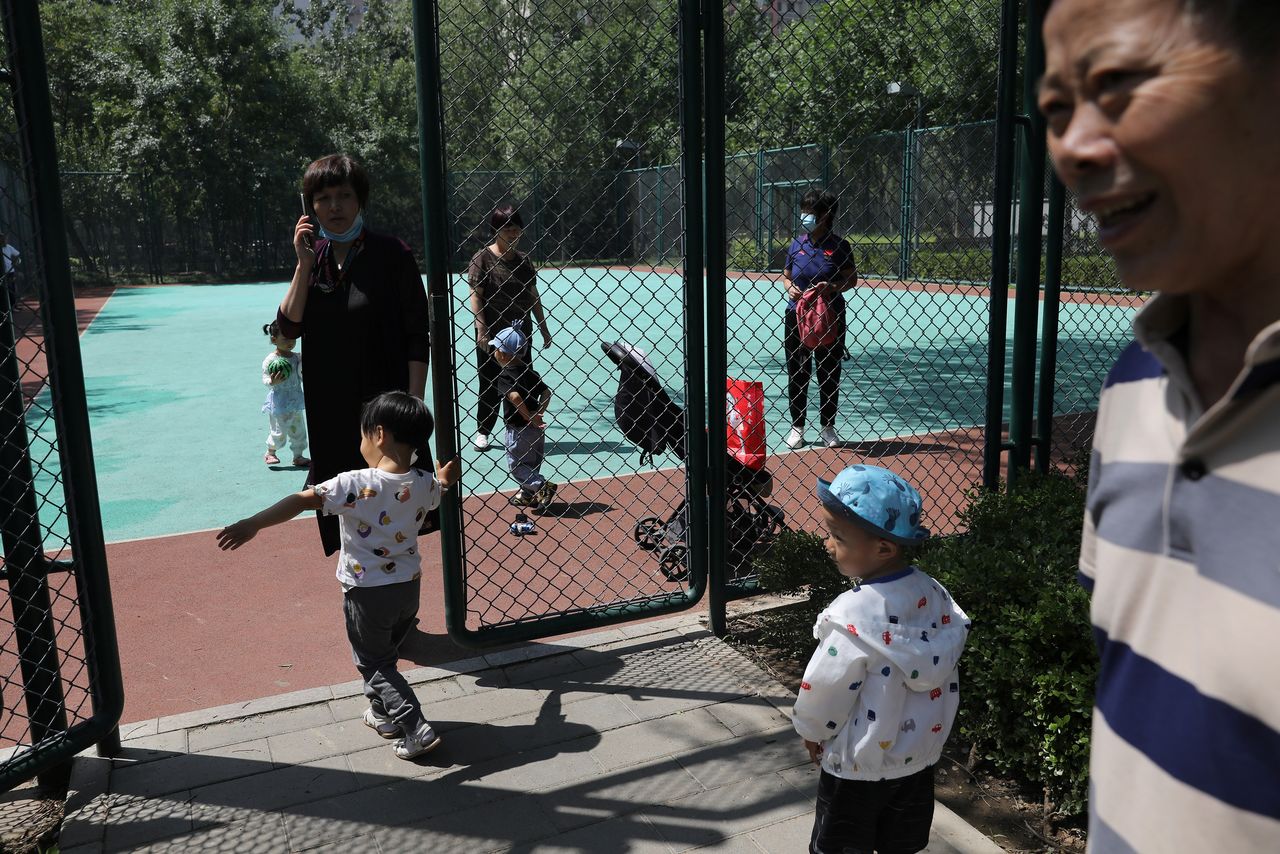 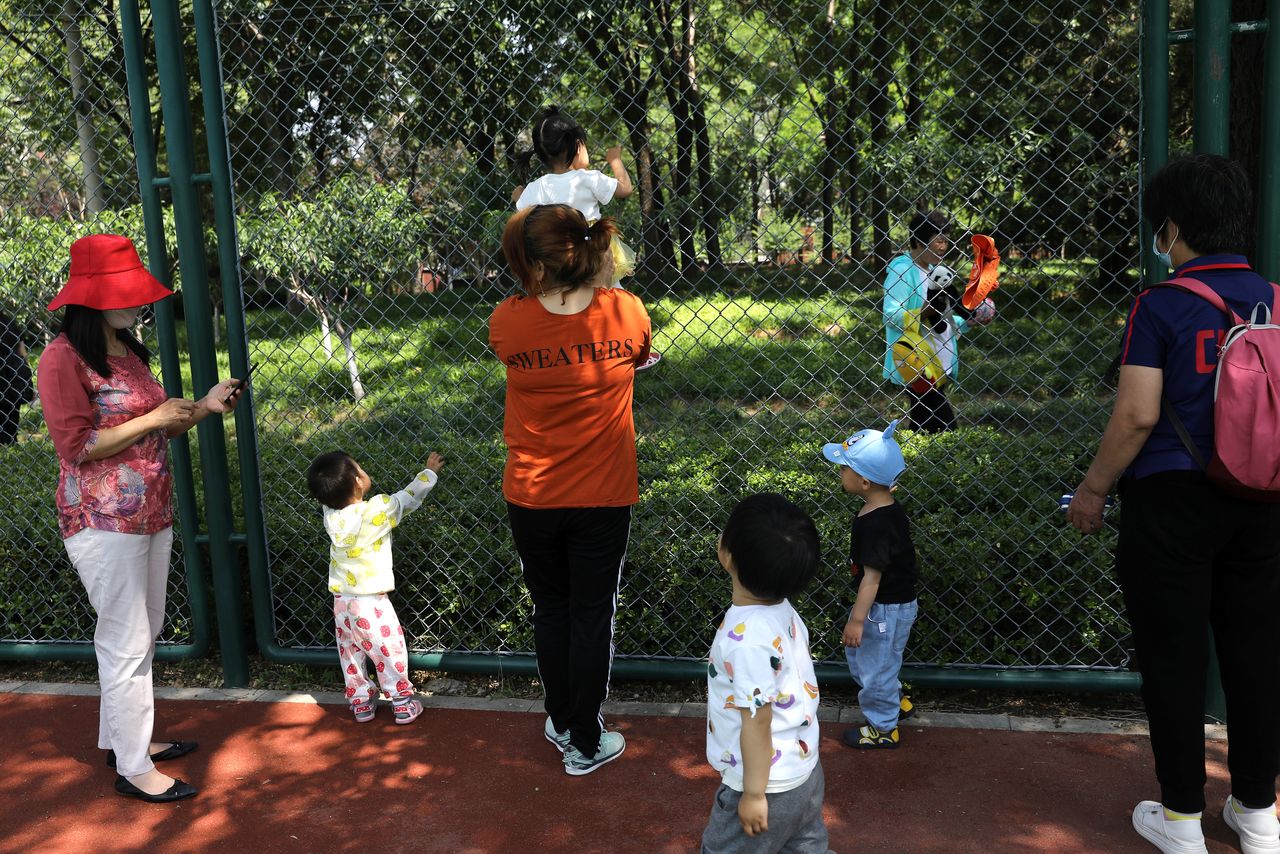 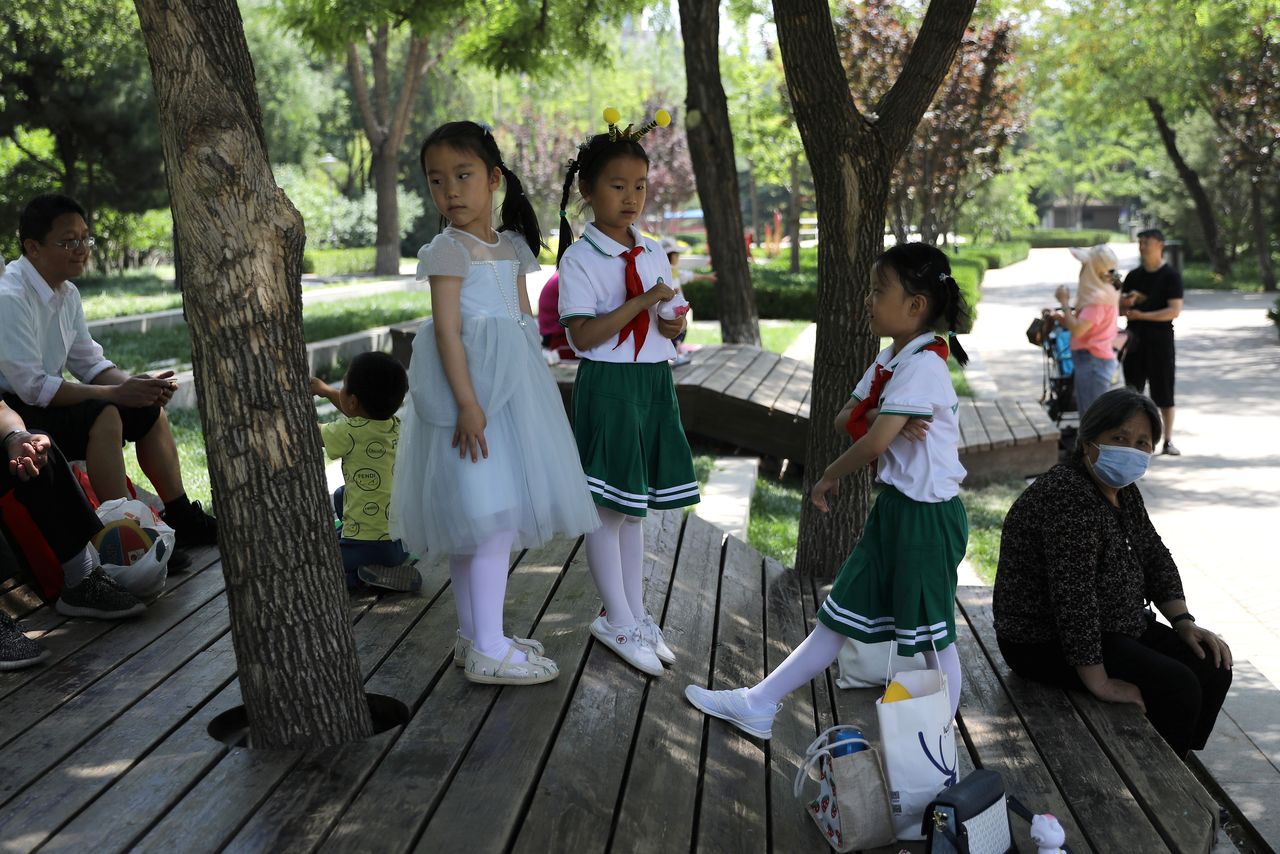