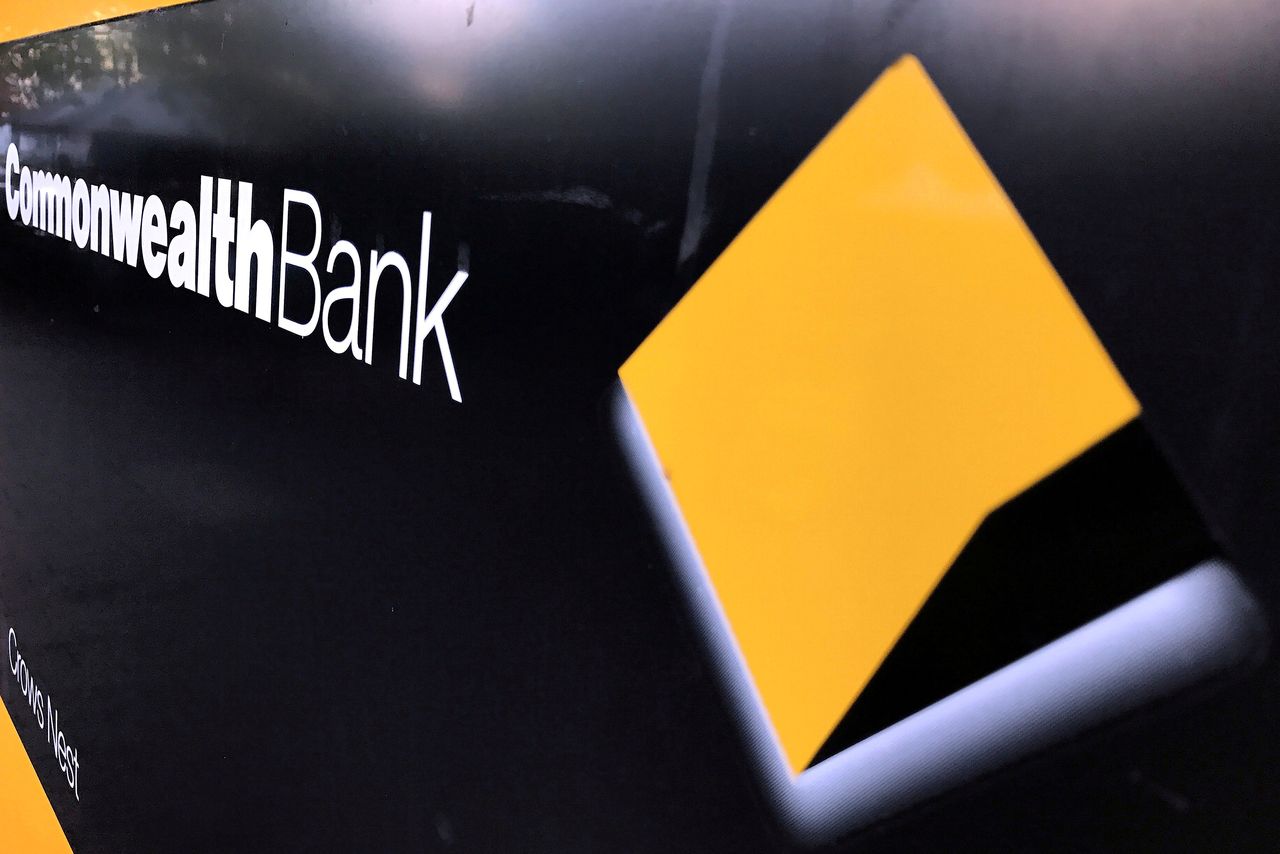 FILE PHOTO: A Commonwealth Bank of Australia logo adorns the wall of a branch in Sydney, Australia, May 8, 2017. REUTERS/David Gray

SYDNEY (Reuters) -Australia's big banks are likely to return a record $15 billion or more of cash to investors over the next two years, with investors betting Commonwealth Bank will move first and helping drive shares of the top lender to all-time highs.

Commonwealth Bank and its smaller rivals Australia and New Zealand Banking Group, National Australia Bank and Westpac Banking Corp have made a remarkable comeback, from being shamed in a public inquiry and shunned by investors three years ago to being sought-after investments now.

The banks have come out of the COVID-19 crisis relatively unscathed as Australia has kept the pandemic under control and its A$2 trillion ($1.5 trillion) economy has hummed along. They are now writing back hefty provisions made last year, resulting in comfortable cash buffers.

Investors are sensing a bonanza is on the cards through share buybacks and dividends.

Shares of Commonwealth Bank hit a record high of A$101.5 on Monday, and are the best performing over the past three months among banks valued at more than $50 billion in Asia-Pacific, according to Refinitiv Eikon data.

That makes Commonwealth Bank one of only eight listed Australian companies commanding share prices of over A$100 - equivalent to about 20 times its forecast 2022 earnings, which also makes it one of the most expensive banks globally, according to JPMorgan.

Commonwealth Bank is seen as "the best bank in Australia ... (and) is absolutely flush with capital so they are in a great place to be able to return capital to shareholders," said Matthew Haupt, portfolio manager at Wilson Asset Management, which owns shares of all four top banks.

"Probably around August, they'll come out with a market buyback with a large franking credit portion," Haupt added, referring to income tax credits to avoid double levies on profits. "They should be leading the charge in capital management."

A spokesman for the bank, which holds about A$11.5 billion in excess capital above the minimum 10.5% core capital required by regulators, declined to comment beyond what it said in its trading update in May.

Commonwealth Bank said last month it had the flexibility to consider "capital management initiatives" with timing dependent upon the economy and regulatory guidance.

Banking analysts at Morgan Stanley and Jefferies expect Commonwealth Bank to announce an off-market buyback of between A$5 billion and A$5.5 billion and hike its dividend payment when it announces fiscal 2021 earnings on August 11.

Banking analysts also expect the other three banks will follow Sydney-based Commonwealth Bank with buybacks or special dividends worth about A$15 billion in fiscal 2022 and 2023. It would be the biggest ever cumulative capital return made by the four banks.

ANZ, NAB and Westpac could start announcing their capital return programmes as early as November or in the first half of next financial year if Australia's economic recovery continues and once the banking regulator releases an expected update to its capital rules.

At Credit Suisse, senior banking analyst Jarrod Martin expects about A$26 billion in buybacks from the four banks in the next two fiscal years.

BofA Securities banking analyst James Ellis said the big Australian banks are not only attractive economic recovery stories but also offer enticing dividend yields. The Big Four offer an expected dividend yield of about 4.4% compared with 2.8% for the broader Australian market, according to Eikon data.

"Anybody that screens for dividend yields the world over is quite likely to come up with Australian banks featuring high in that screening," said Ellis.

(Reporting by Paulina Duran in Sydney; Editing by Muralikumar Anantharaman)