WASHINGTON (Reuters) - Global equities markets firmed on Wednesday ahead of key U.S. economic data due later in the week as investors weighed inflation concerns and a fresh surge in so-called "meme stocks."

Oil prices hit the highest level in more than a year on lift from a decision by OPEC and allies to stick to the plan to gradually restore supply, along with the slow pace of nuclear talks between Iran and the United States.

Wall Street's main indexes ended the session mixed after erasing earlier gains near midday trading led by a jump in shares of AMC Entertainment Holdings, which nearly doubled in price on Wednesday.

This breathtaking rally saw the theater chain operator's shares closed up 95.2% at $62.55, a fresh record, which affected a group of stocks favored by retail investors on forums such as Reddit's WallStreetBets.

This comes despite wary investors remaining unconvinced by central bank assurances that the current inflation upsurge is transitory.

Markets are being driven less by fundamentals than at any time in recent memory, said Howard Fischer, a partner with law firm Moses & Singer.

"As the "meme stock" frenzy continues, the apparent disconnect between asset values and asset prices continues to widen. Predictions that prices and inherent value will eventually converge have, so far, proven baseless."

The U.S. Federal Reserve will begin to unwind the corporate bond holdings it acquired last year through an emergency lending facility launched to calm credit markets at the height of the pandemic, the central bank announced on Wednesday.

Central bank officials said in its Beige Book report released earlier on Wednesday that the U.S. recovery accelerated in recent weeks even as a long list of supply chain troubles, hiring difficulties, and rising prices cascaded through the country.

This comes after a strong expansion in European and U.S. factory activity in May had lifted world shares to record highs on Tuesday.

A weekly unemployment report and May private payrolls data on Thursday will be followed by monthly jobs numbers on Friday, with investors looking for signs of an economic rebound and rising inflation.

Yet ahead of Friday's crucial U.S. jobs data, traders eagerly aim to assess what the increasing evidence of a faster-than-expected economic recovery would mean for central bank policy in Europe and the United States.

Investors already are stuck in the summer doldrums, with markets struggling to find direction as much of the good economic news is priced in, said Chris Zaccarelli, chief investment officer at Independent Advisor Alliance in Charlotte, North Carolina.

Inflation and job growth will continue to be debated, he said.

"With the Fed and many bond market investors confident that price increases will remain temporary ... others will cast a more skeptical eye on the conversation."

While broader stock markets remain close to record highs, the momentum of earlier in the year has ebbed as investors begin to worry a stronger-than-expected rebound from COVID-19 means higher inflation and sooner-than-expected monetary policy tightening.

Economies are recovering much faster than anticipated - data on Wednesday showed Australia's economy racing ahead last quarter as consumers and businesses spent with abandon, lifting output back above where it was last year before the pandemic.

While investors have built sizable short positions against the U.S. dollar more broadly, they are worried over a potential hawkish tone from the Fed at its meeting later in June, and traders are reluctant to send the greenback much lower.

Euro zone yields have largely shrugged off Tuesday's data showing euro zone inflation rose to 2% in May - a sign that markets were confident the European Central Bank would not decide to slow the pace of its bond buys when it meets on June 10.

"Keep a close eye on the U.S. 10-year treasury note – as long as rates stay safely below 2% percent, then relative calm should reign in the stock markets, but a sharp rise in rates could cause a more violent rotation out of tech and communication services and into financials and materials," added Independent Advisor Alliance's Zaccarelli.

But Patrick Leary, who serves as the chief market strategist and senior trader at Incapital in Minneapolis, said he sees a great deal of uncertainty about inflation.

"The Fed keeps saying that inflation will be transitory, and, for now, markets are comfortable with that narrative," said Leary, adding that he sees the central bank as "intentionally trying to overheat the economy to drive employment lower. Unfortunately, this is also going to lead to inflation." 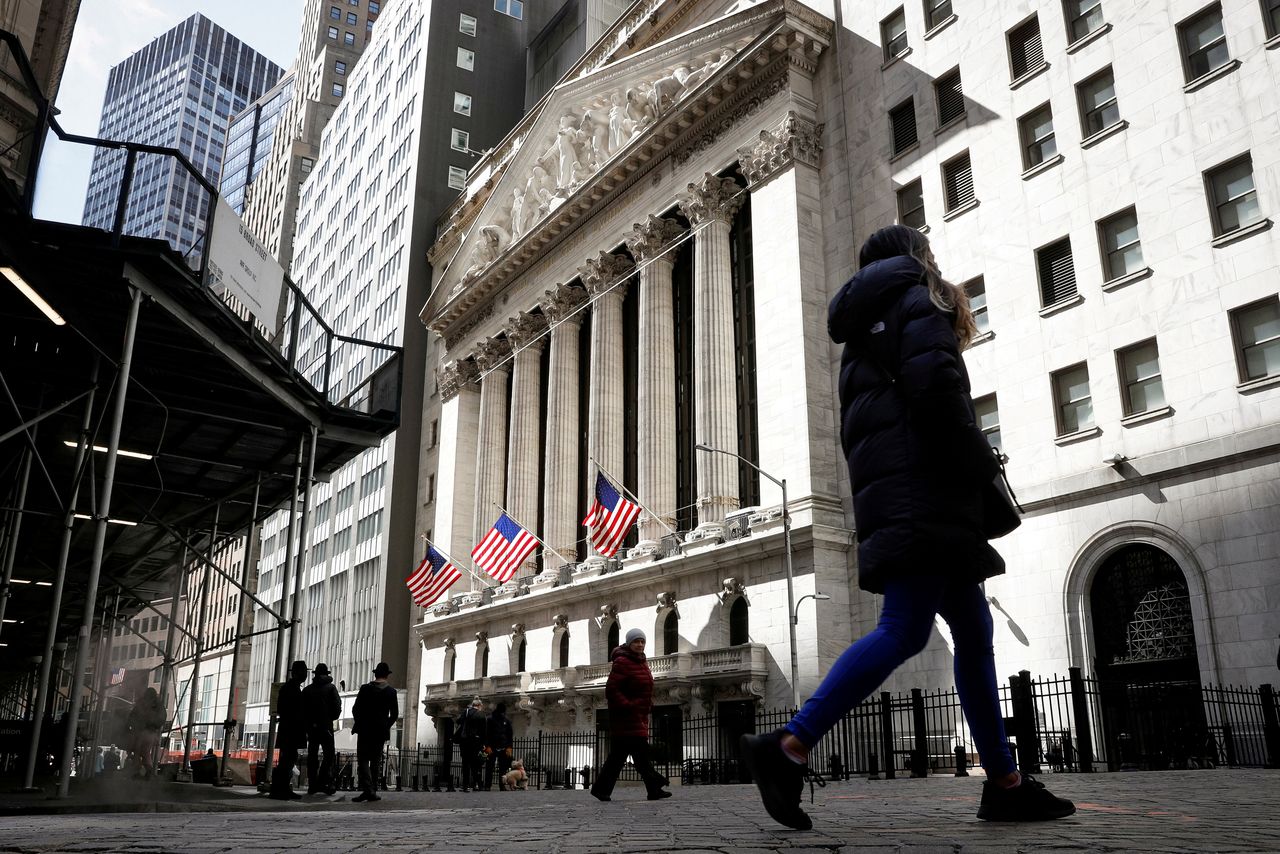 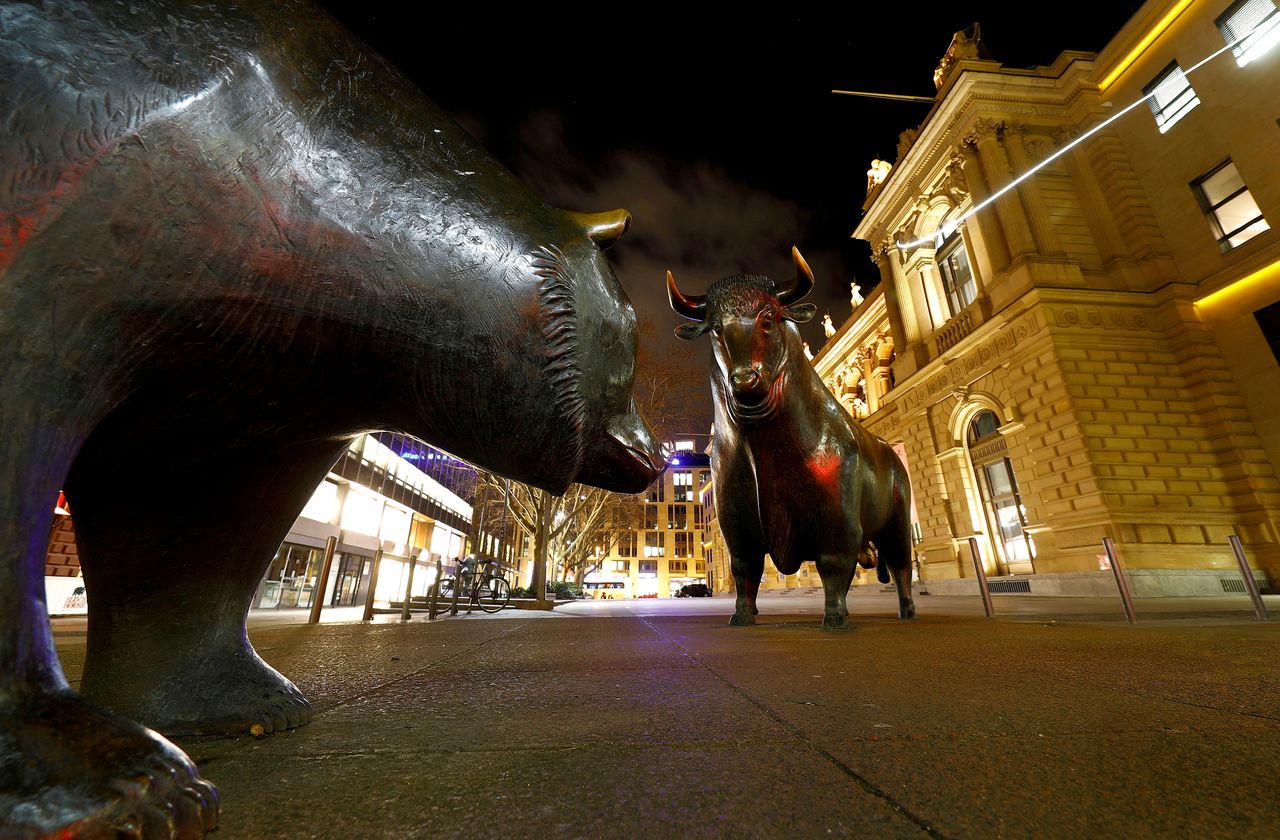 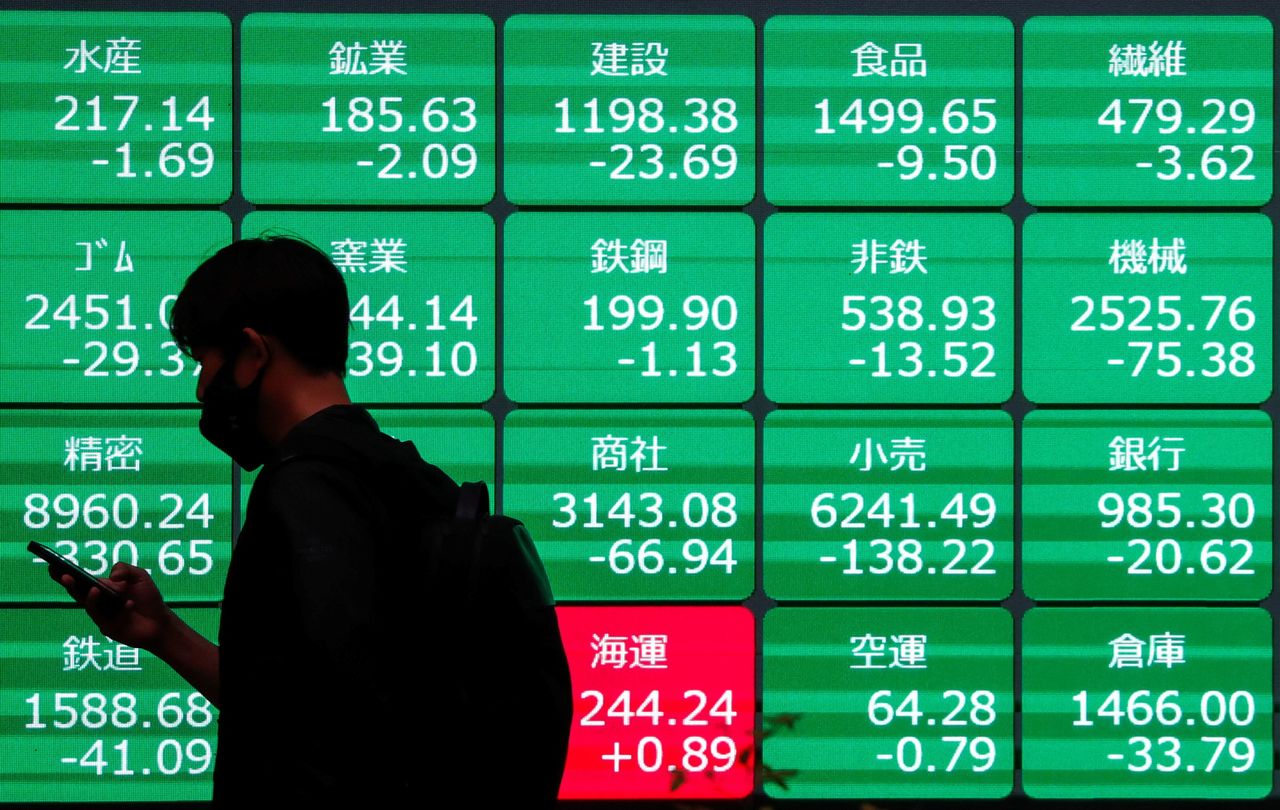 FILE PHOTO: A man wearing a protective face mask walks past a stock quotation board outside a brokerage, amid the coronavirus disease (COVID-19) outbreak, in Tokyo, Japan May 11, 2021. REUTERS/Issei Kato