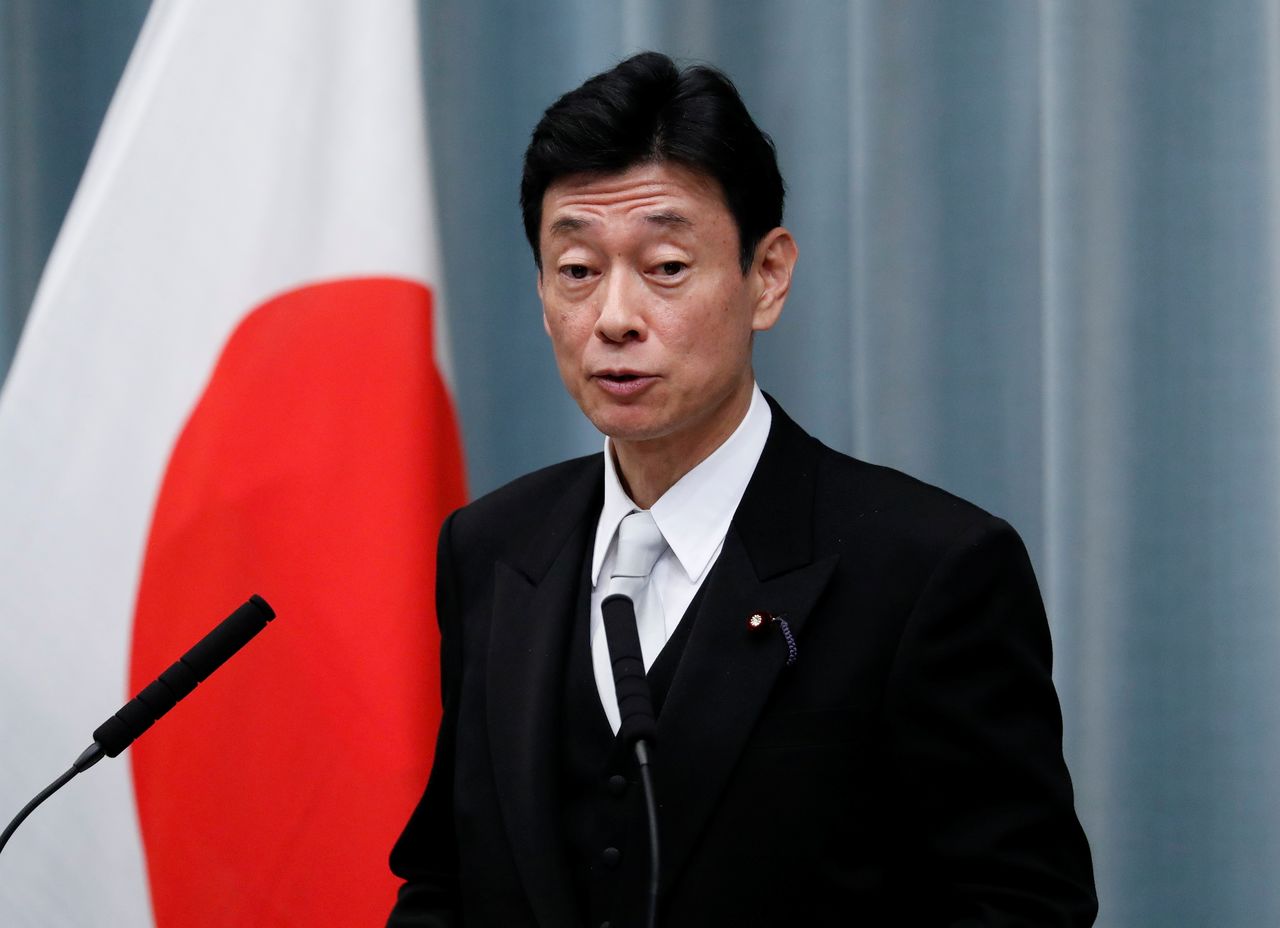 By Daniel Leussink and William James

TOKYO/LONDON (Reuters) -Member nations of the Comprehensive and Progressive Agreement for Trans-Pacific Partnership (CPTPP) on Wednesday agreed to allow Britain to start the process of joining the pact, Japan's economy minister said.

The decision marks another step in Britain's efforts to pivot away from Europe, build global influence and form new trading links with faster growing economies following its exit from the European Union at the end of 2020.

Japanese Economy Minister Yasutoshi Nishimura told reporters he welcomed the start of Britain's joining process after hosting an online meeting of ministers from the 11 countries that make up the trans-Pacific trade pact.

"The United Kingdom’s potential membership would support the mutual interests, common values and commitment to upholding the rules-based trading system shared by the members of the CPTPP," the 11 member countries said in a statement.

"It would also promote market-oriented principles and help to counter protectionism and the use of unjustified trade restrictive measures."

Membership is seen by British ministers as one of several ways of building influence in the region to help promote free trade and act as a counterweight to China - which it accuses of undermining trade and distorting markets with state subsidies.

The CPTPP removes 95% of tariffs between its members: Japan, Canada, Australia, Vietnam, New Zealand, Singapore, Mexico, Peru, Brunei, Chile and Malaysia. Unlike the EU, it does not aim to create a single market or a customs union, and it does not seek wider political integration.

The United Kingdom's admission into CPTPP would bring the nominal gross domestic product of the zone covered by the pact almost on par with that of the EU, Nishimura said.

British Trade Minister Liz Truss said she welcomed the decision and would lay out her plans to parliament in the coming weeks.

Britain has yet to publish its economic assessment of the benefits of joining the pact.

The process begins with the forming of a working party to assess Britain's compatibility with the deal. Britain said it would work with Japan, which chairs the group this year, to conduct the negotiations as quickly as possible.

Britain made a formal request to join the trade deal in February. It will supplement bilateral deals Britain has, or is seeking, with member states. Britain struck its first major post-Brexit deal on trade with Japan last October.