NEW DELHI (Reuters) - Expectations for India’s economic growth are being revised sharply lower as a surge in people losing their jobs and defaulting on debt suggest a more halting recovery from the financial shock of the COVID-19 pandemic.

Economists are downgrading their estimates as a range of data – from the rate of cheques bouncing to the amount of mortgaged gold jewellery up for sale - shows the extent of the economic damage from a devastating second wave of the disease.

Some observers also fear the psychological blow from the virus disaster that ripped through India this year killing tens of thousands of people will leave consumer reluctant to spend.

India’s government is sticking with a forecast that the economy will grow 10.5% in the fiscal year that started on April 1, but on Tuesday State Bank of India - the country's largest lender - slashed its growth forecast to 7.9% from 10.4%.

Several international banks such as Barclays and UBS have also cut back their predictions.

After a 7.3% contraction in 2020-21 - the sharpest ever recorded by India - the relatively muted recovery puts India at odds with countries like United States and China that are seeing a swift rebound as they emerge from the pandemic, and suggests deeper damage has been done to an economy worth around $2.9 trillion before the crisis hit.

The knock-on effects of sub-par growth on a rapidly developing economy like India could be significant.

"GDP growth of less than 10% will be a - I won't use the word disaster, but it will not be very beautiful," SBI's Chief Economist Soumya Kanti Ghosh told Reuters after lowering his forecast.

Last year, India announced a $266 billion package to support the economy during a strict nationwide lockdown to contain the first coronavirus wave. But this was largely liquidity support given to banks to boost company credit, with less than a tenth of the sum used for welfare programmes for the poorest in the country..

India did not launch job support schemes on the scale of those seen in some developed economies and the government has not announced a major stimulus package since the second wave hit.

Surging unemployment, coupled with state lockdowns, a large increase in hospitalizations and fatalities amid the second wave and fears of a third wave, are prompting many people to cut spending.

Sales of goods including grocery, footwear, apparel and beauty products fell 49% in April, according to the Retail Association of India, whose head Kumar Rajagopalan anticipates a bigger decline in May.

Meanwhile, sales of cars and motorcycles fell 30% in April over March and are expected to slump by over 60% in May as automakers including Maruti Suzuki and Hero MotoCorp halted production for several days amid rising infections. Dealerships remain closed.

While car sales bounced back after the first wave last year it was not on a scale seen elsewhere and the recovery was brief.

In many other economies demand for big-ticket purchases soared when pent-up demand was released, with new car sales in Europe jumping 256% year-on-year in April.

Shashank Srivastava, executive director at Maruti Suzuki, India's biggest carmaker, pointed to a deep psychological impact from the second virus wave as the surge in deaths and hospitalizations caused distress and fear among people.

"Cars are a discretionary purchase that require people to be in a good frame of mind," he said.

One of India's largest gold-financing companies, Manappuram Finance, auctioned gold worth about $55 million in the January-March quarter compared with $1.1 million in the preceding three quarters combined.

The sales are being driven by rising defaults on mortgages secured on families' gold jewellery which is typically passed on from generation to generation, a sign of long-term economic stress, experts say.

Another warning sign is a rise in 'cheque bounces', which typically occur when there are insufficient funds in an individual's account to meet deductions for loan payments or settlement of credit card bills.

In May, the cheque bounce rate for loan payments doubled to 21% from a year ago, while for credit cards it rose to 18% from 10%, according to data from Creditas Solutions, a fintech company involved in digital loan collections and recoveries.

HDFC Bank, the country's largest private bank, warned of further delinquencies in the coming months in the retail segment, which includes loans given to individuals for personal use.

Highlighting the level of uncertainty in the financial sector, HDFC Bank's CEO Sashidhar Jagdishan said on an investor call that for the "first time in so many years we may not have a grip of what is happening."

According to a survey conducted by Indian polling agency CVOTER, living standards of a large number of people have sharply fallen and most people do not see "any ray of hope in the coming 12 months."

CVOTER's head Yashwant Deshmukh told Reuters people are going to hold back on buying a plethora of goods including cars and instead spend on insurance products and online skill development courses to make themselves more employable.

"Nobody's going to splurge," he said. 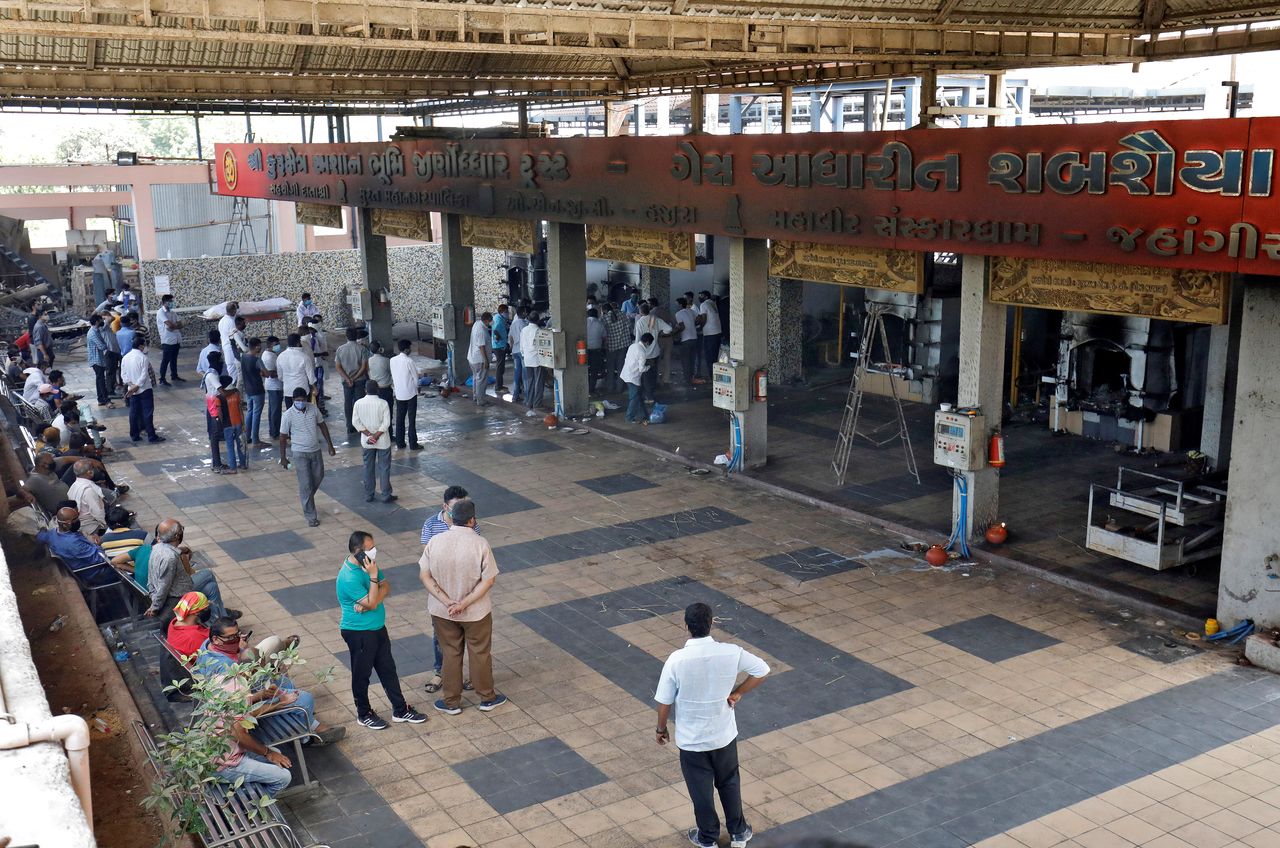 FILE PHOTO: Family members and relatives offer prayers as they attend cremation of a person who died from the coronavirus disease (COVID-19) at the Kurukshetra crematorium in Surat, India, May 11, 2021. REUTERS/Amit Dave/File Photo 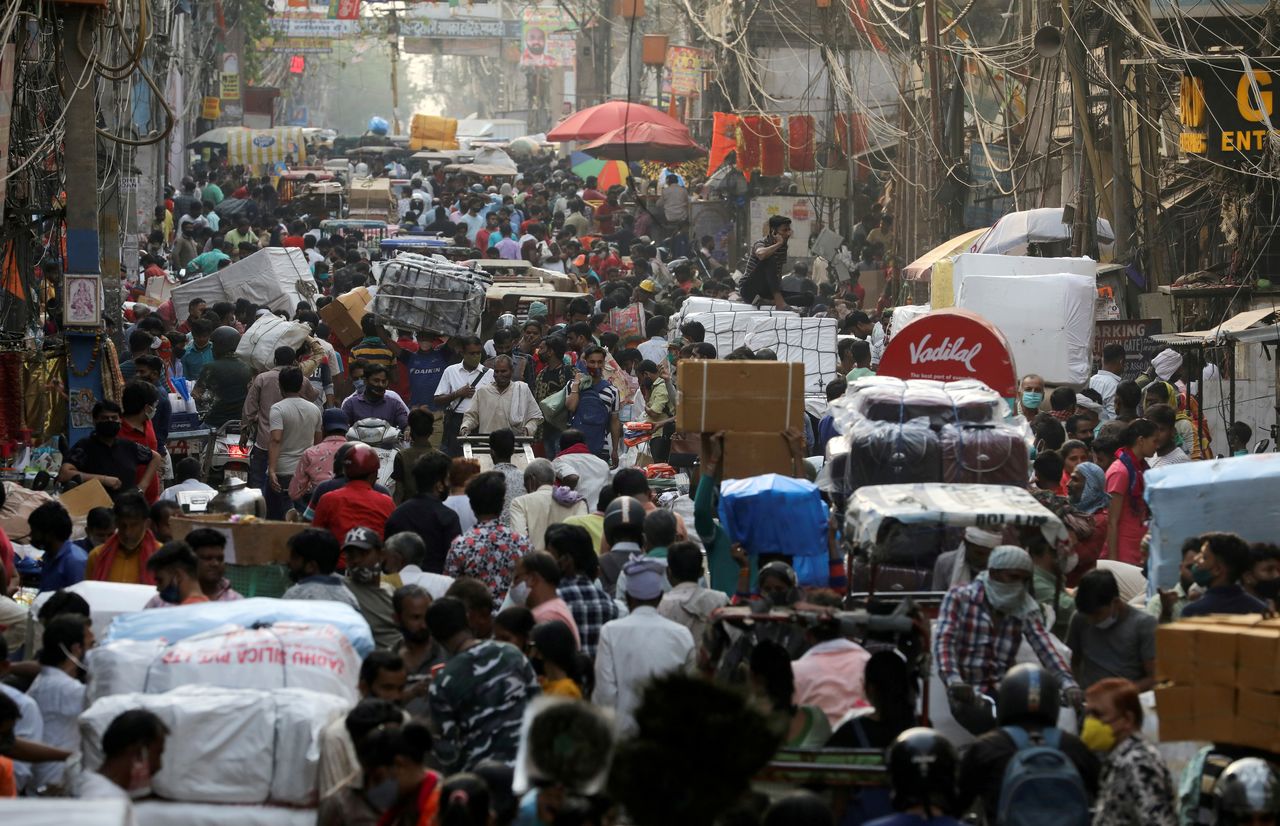