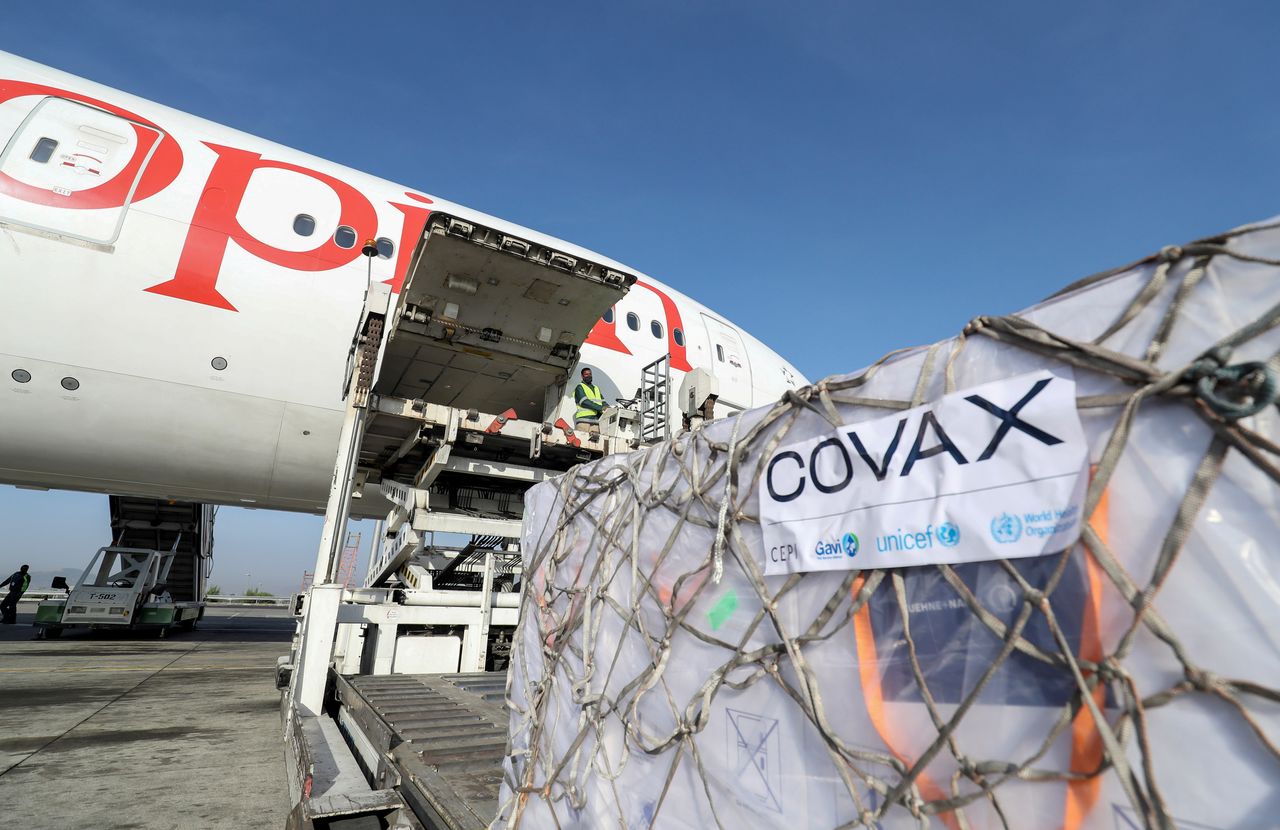 By Stephanie Nebehay and John Miller

The announcements, ranging from $2,500 from island nation Mauritius to millions of dollars and doses from wealthier countries, came during a video summit hosted by Japan and the GAVI Vaccine Alliance, which leads the COVAX facility alongside the World Health Organization.

The funds will allow COVAX to secure 1.8 billion fully subsidised doses for delivery to lower-income countries in 2021 and early 2022, enough to protect 30% of adults in those nations, GAVI said in a statement.

Japan will also donate about 30 million doses of vaccines produced within the country through COVAX, he said.

The COVAX mechanism has distributed 77 million doses to 127 countries since February but has been stymied by India restricting exports of vaccines amid a major outbreak there.

Spanish Prime Minister Pedro Sanchez, who pledged 15 million doses and 50 million euros ($61 million), said: "Only by leading by example we will be effective in preaching solidarity."

Australia said it was giving a further A$50 million ($39 million) to COVAX while Canada, Sweden, France and Switzerland were among other countries to announce new donations.

Philanthropist Bill Gates said: "High-income countries have reserved more vaccines than they need. So without compromising their own domestic vaccination efforts, these countries can be part of the effort to accelerate global vaccine access by sharing the excess doses.

"I encourage these nations to be bold and commit as soon as possible to sharing over 1 billion doses in 2021 mostly through GAVI's COVAX advance market commitment," Gates said.

The Bill and Melinda Gates Foundation later announced a $50 million commitment to COVAX.

U.S. Vice President Kamala Harris referenced the United States' $2 billion contribution this year and $2 billion earmarked for next year, but made no fresh announcements.

"Of the 1.8 billion vaccines administered globally just 0.4% have been administered in low-income countries," he said. "This is ethically, epidemiologically and economically unacceptable."

(Reporting by Stephanie Nebehay in Geneva and John Miller in Zurich; Additional reporting by Alistair Smout in London and Rocky Swift in Tokyo; Editing by Mark Heinrich, David Holmes and Edwina Gibbs)