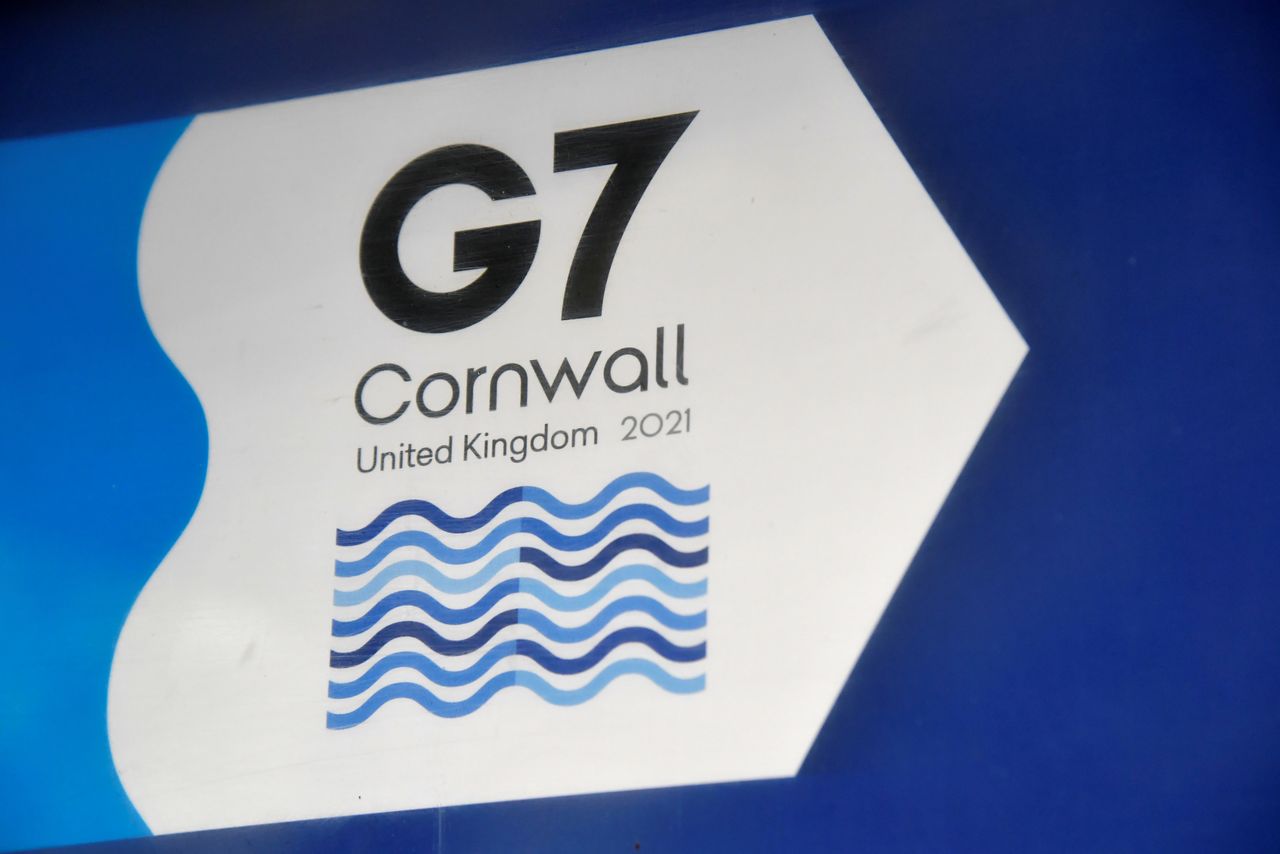 FILE PHOTO: A G7 logo is seen on an information sign near the Carbis Bay hotel resort, where an in-person G7 summit of global leaders is due to take place in June, St Ives, Cornwall, southwest Britain May 24, 2021. REUTERS/Toby Melville

WASHINGTON (Reuters) -The G7 wealthy democracies are expected to endorse Washington's proposal for an ambitious global corporate minimum tax when their leaders meet later this week in Britain, a U.S. Treasury official said on Wednesday.

The official said in an emailed statement that the Treasury expects the meetings of the Group of Seven finance ministers on Friday and Saturday in London to provide momentum for advancing global corporate tax negotiations toward a broader G20 finance meeting in July in Italy.

A full endorsement is expected at the culmination of the G7 meetings with the leaders summit, the official added.

The U.S. Treasury in May proposed a global minimum corporate tax of at least 15% to try to end a downward spiral of corporate tax rates and deter multinational firms from shifting profits to tax-haven countries.

The proposed minimum is lower than the Biden administration's own proposals to raise the domestic corporate tax rate to 28% and impose a 21% minimum levy on overseas profits earned by U.S. companies.

Treasury Deputy Secretary Wally Adeyemo told Reuters in late May that he expected strong support from G7 countries for the U.S. minimum tax proposal, and said it would help solidify support for Biden's tax plans among U.S. lawmakers.

A number of other G7 officials have raised expectations for the finance ministers' meetings in London, the first face-to-face meetings for the group since the COVID-19 pandemic turned meetings virtual last year.

German Finance Minster Olaf Scholz told Reuters in an interview that he expects the group to make "significant progress" on corporate tax issues, which include the thornier problem of agreeing how to tax large global digital services companies such as Facebook, Amazon.com, Alphabet Inc's Google, Apple Inc and Microsoft.

A number of countries have imposed unilateral digital services taxes targeting these firms, drawing threats of retaliatory tariffs from the United States.

The United States has insisted that any tax regime for these firms not discriminate against U.S. companies and that all individual digital services taxes be prohibited. It has instead proposed targeting the 100 largest and most profitable firms for paying more taxes in the countries where they do business, regardless of their industry classification and business model.

British finance minister Rishi Sunak told Reuters on Wednesday that the U.S. plan for targeting the top 100 firms could work, but said the big technology firms must be part of this group and pay more tax where they operate.