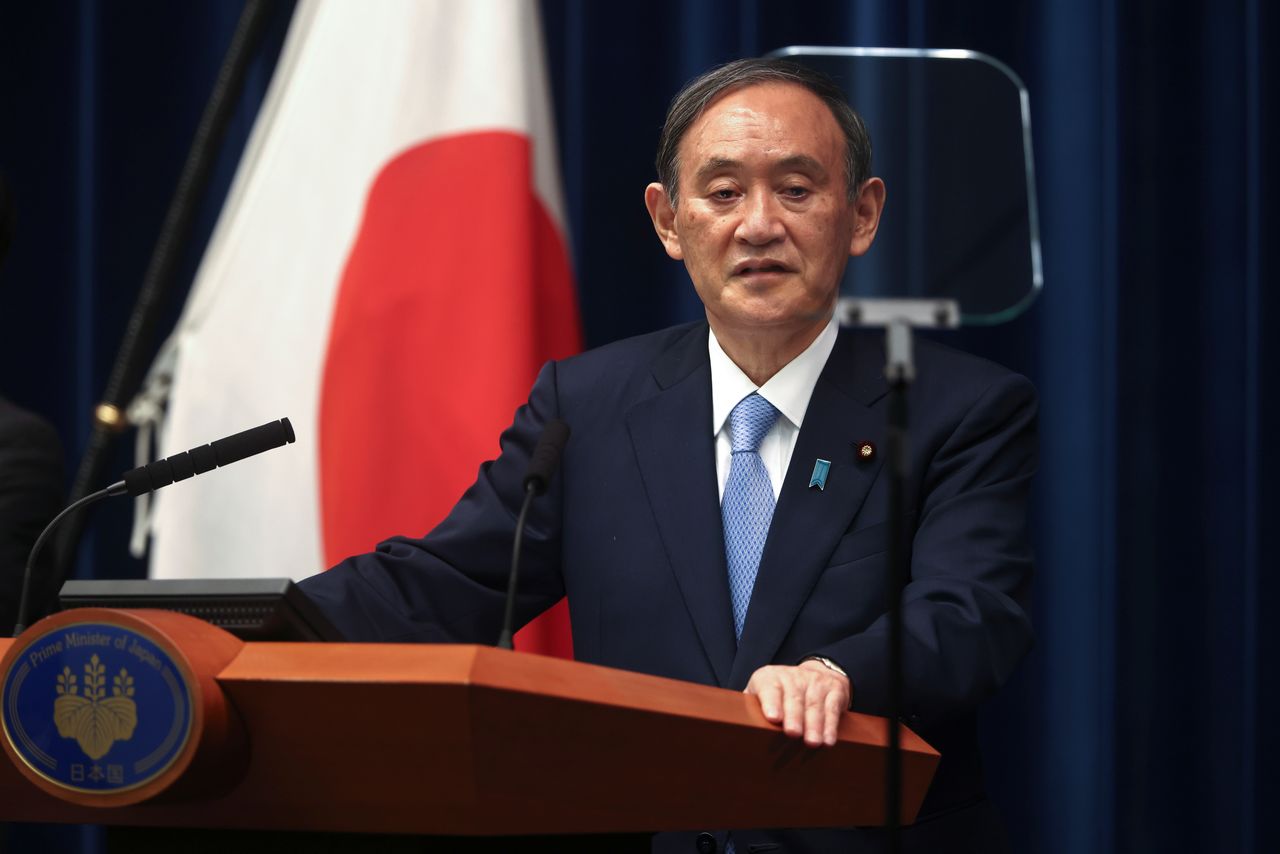 TOKYO (Reuters) -Japanese Prime Minister Yoshihide Suga is likely to call a snap election after the Tokyo Olympic and Paralympic Games, a media report said, showing his resolve to push ahead with the Games despite the country's struggle to contain the COVID-19 pandemic.

"But we see the need to revive the economy ... and hope to take necessary steps flexibly," he said, when asked about the chance of a possible new stimulus plan.

Suga agreed on Wednesday with the head of his ruling coalition partner not to extend the current parliament session when it closes on June 16, according to media reports.

That means Japan will forgo compiling a supplementary budget for now and tap nearly 4 trillion yen ($36.50 billion) left in reserves to pay for immediate spending to combat the pandemic, the Asahi said.

"It's obvious we need an extra budget, but parliament is closing so we don't have time to pass it," ruling party lawmaker Shoji Nishida told Reuters last week.

"But there should be debate within the party on compiling another stimulus package and an extra budget," he said.

Suga has said he would focus on dealing with the pandemic, and that Japan will go ahead with the Games under strict virus-protection measures.

Some ruling party lawmakers have called on the government to boost spending to revive an economy hit by new state of emergency curbs to prevent the spread of the virus.

Slow vaccine rollouts and strong public opposition to holding the Games have led to a plunge in Suga's support ratings, heightening uncertainty over his administration's fate.

With the Tokyo Olympic Games starting on July 23, the most likely scenario is for Suga to dissolve parliament after the Sept. 5 end of the Paralympic Games and call a snap election, the Asahi said.