TOKYO (Reuters) -The head of Japan's Olympics organising committee ruled out on Thursday another suspension of the Games, despite deep disquiet at the prospect of thousands of athletes and officials arriving during a fourth wave of COVID-19 infections.

Already postponed from last year at the cost of an extra $3.5 billion, a scaled-down version of the Games, with no foreign spectators, is set to start on July 23.

But with a slow vaccine rollout, Tokyo and nine other regions under a state of emergency, and rising numbers of severe coronavirus cases, most Japanese oppose hosting the Olympics.

Most of the capital's city council, the Tokyo Metropolitan Assembly, agree, the Tokyo Shimbun paper reported on Thursday.

Illustrating the public anxiety, residents in one training venue, Ota City, were furious over a decision to give preferential vaccinations to staff attending to visiting Australian softball players, media also said.

Hashimoto, who competed in seven summer and winter Olympics as a cyclist and skater, also told the BBC that while Japanese were understandably worried, they should be reassured that a "bubble situation" was being carefully constructed.

"I believe that the possibility of these Games going on is 100% that we will do this," she added. "One thing the organising committee commits and promises to all the athletes out there is that we will defend and protect their health."

Prime Minister Yoshihide Suga also appeared confident of pulling off a successful Olympics and Paralympics as he plans a snap vote afterwards, the Asahi newspaper said.

Authorities have not decided whether Japanese spectators will be allowed to attend Olympics events. There are fears that shouting, hugging and high-fiving could promote contagion.

In the latest upsets in the run-up to the Olympics, Kurume City pulled out of hosting Kenya's training camp, while a player on Ghana's Under-24 team tested positive after arriving for a friendly match.

Taiwan's baseball team, which is ranked fourth in the world, pulled out of the final qualifying tournament for the Olympics as it could not find anywhere safe to practice at home and was worried about health risks at the event in Mexico.

Even so, Taiwan still hopes its athletes will have a chance to compete, Foreign Minister Joseph Wu told reporters, saying efforts by Japan and international Olympic officials to put on the event were highly appreciated.

Though avoiding the rates of some other nations, serious cases of COVID-19 are rising in Japan, where the infection tally stands at nearly 750,000, with more than 13,000 deaths.

The nation's most senior medical adviser said on Thursday that public health guidance, including his, was not reaching the International Olympic Committee (IOC) in charge of the event.

"We are now considering where we should give our advice," Shigeru Omi told lawmakers. "If they want to hold (the Games), it's our job to tell them what the risks are."

Though Olympic advertisements are sprinkled around Tokyo, it is a far cry from the usual glitz and buzz, with many sponsors unsure how to proceed with events. Thousands of volunteers have quit also, public broadcaster NHK said this week.

Hashimoto acknowledged the sadness of having no outside spectators at an event that is normally an enormous global party.

"It's a once-in-a-lifetime opportunity that they (athletes) can compete in the Games," she said in the BBC interview.

"To not be able to have family members and friends who have supported them all along must be a very painful thing and that has caused me pain too." 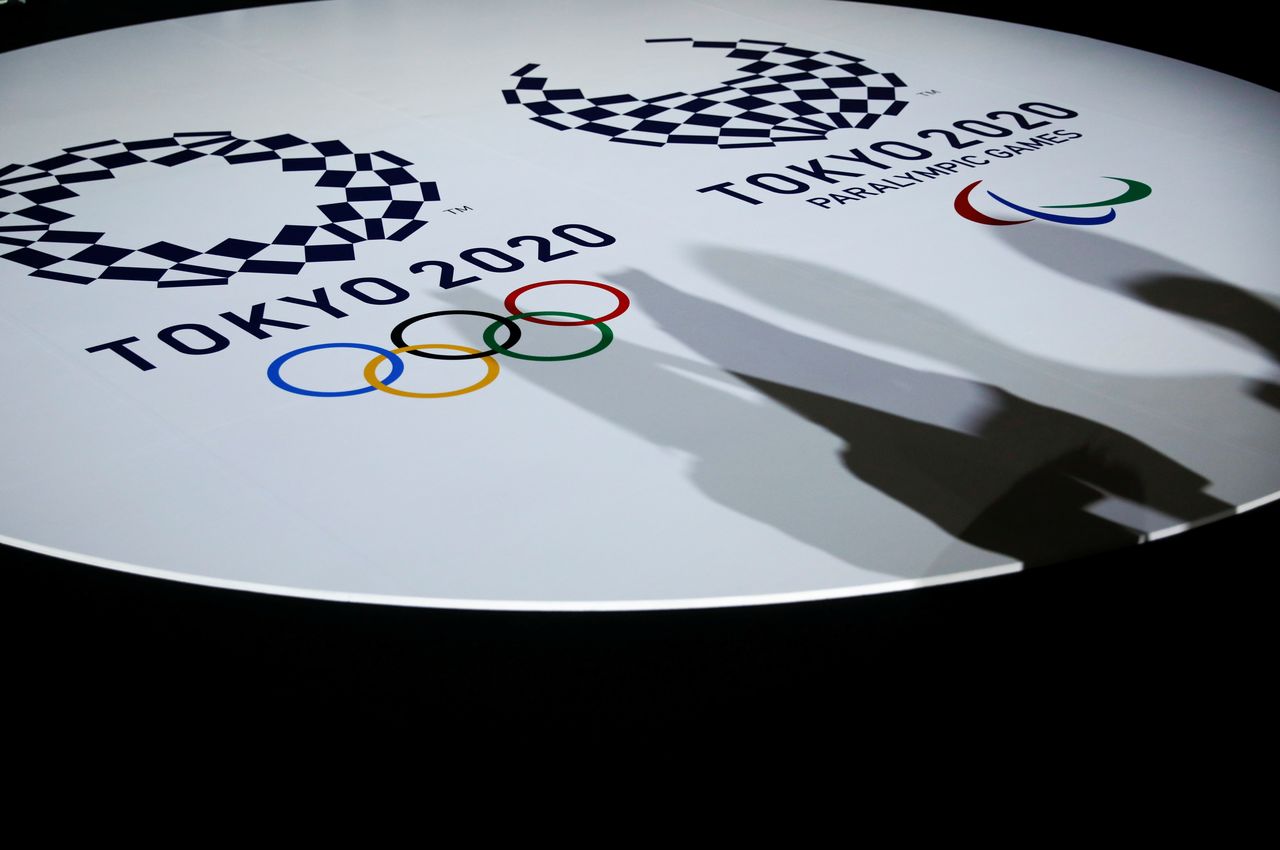 The emblems of the Tokyo 2020 Olympic and Paralympic Games are displayed during an unveiling event of the items that will be used for the victory ceremonies, at Ariake Arena in Tokyo, Japan June 3, 2021. REUTERS/Issei Kato/Pool 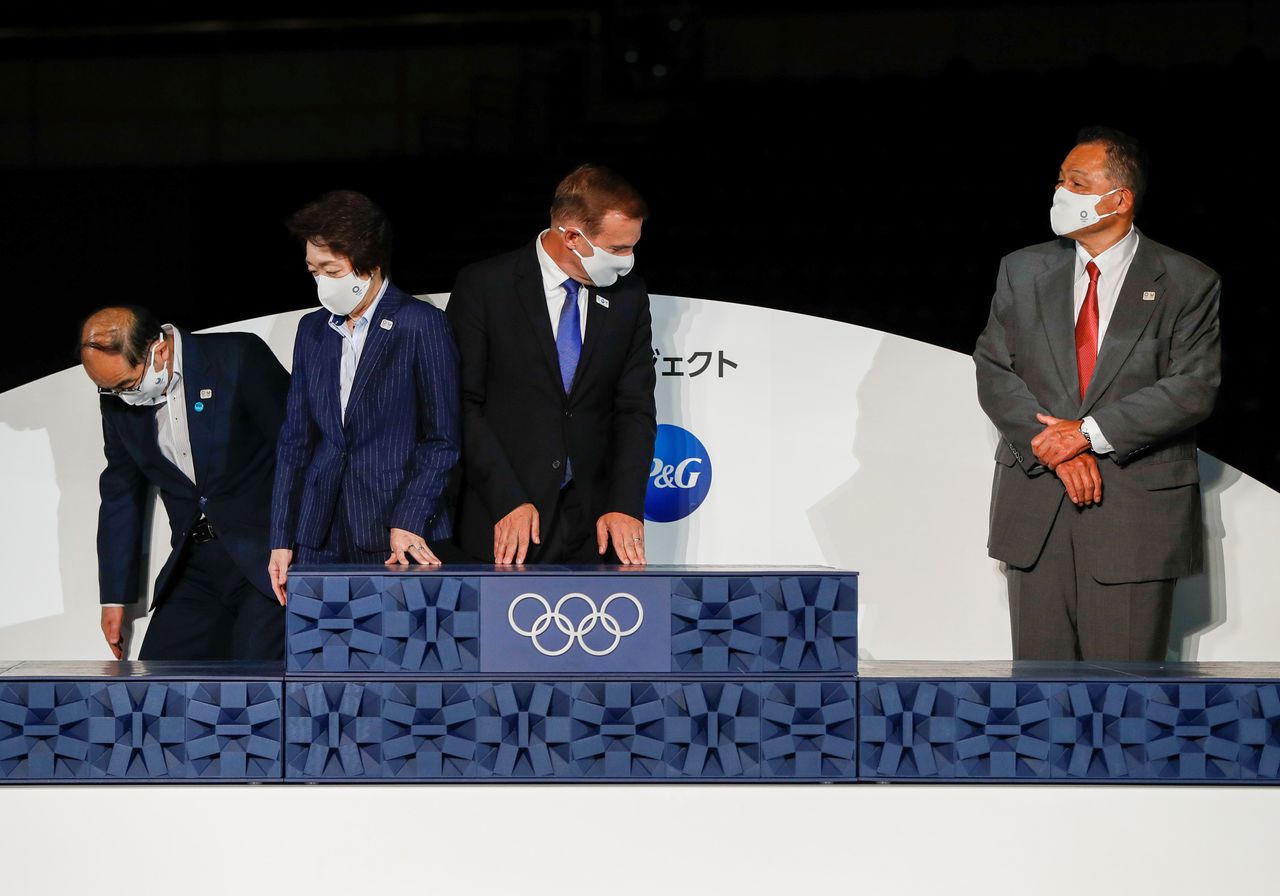 Officials including Seiko Hashimoto (2nd L), President of the Tokyo 2020 Organising Committee, Stanislav Vecera (3rd L), CEO and President of Procter & Gamble Japan, and Japanese Olympic Committee President Yasuhiro Yamashita (R) prepare for a photo session next to a podium during an unveiling event of the items that will be used for the victory ceremonies of the Tokyo 2020 Olympic and Paralympic Games, at Ariake Arena in Tokyo, Japan June 3, 2021. REUTERS/Issei Kato/Pool 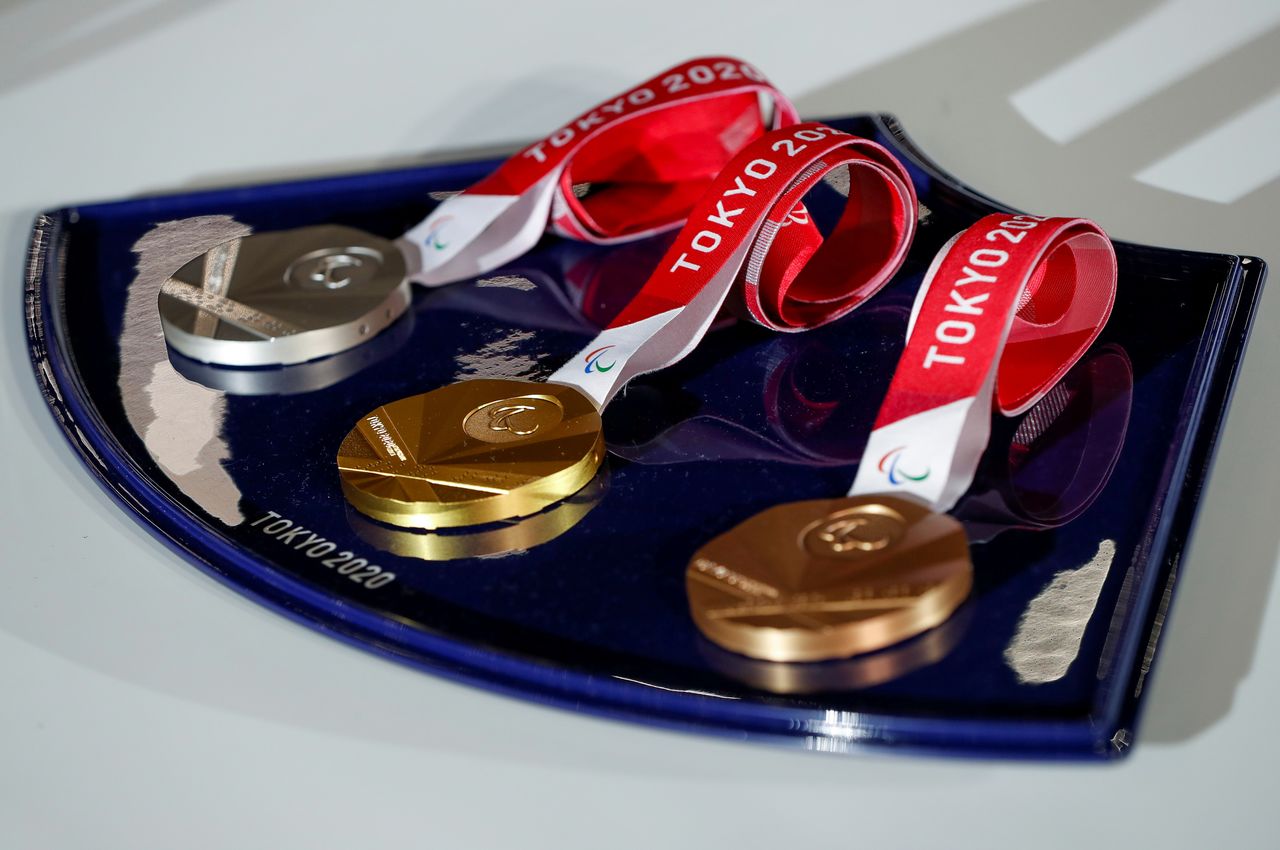 A medal tray that will be used for the victory ceremonies of the Tokyo 2020 Olympic and Paralympic Games is displayed during the unveiling event at Ariake Arena in Tokyo, Japan June 3, 2021. REUTERS/Issei Kato/Pool