By Marc Jones and Karin Strohecker

LONDON (Reuters) - When Belarus President Alexander Lukashenko intensified his crackdown on protesters in February, activists turned their attention to one of the country's sources of funds: international bond markets.

Hashtag #BelarusBloodBonds - which had first emerged around the country's disputed 2020 elections - gathered steam again on Twitter, targeting big banks and funds, reminding them of their sustainable investment pledges and calling on them to shun Minsk's debt.

One portfolio manager at a major global asset management company which had bought into Belarus' most recent bond in June 2020, said their clients saw the social media chatter in February and pressed them to sell.

The manager, who requested anonymity, said, at the time their fund - having come to the conclusion that Lukashenko's regime had taken a turn for the worse on human rights - was already in the process of selling.

"So we had the answer they were looking for," the manager said. "You can't talk about ESG and invest in a really bad actor – and more and more companies are afraid of the reputational risk."

But many investors stayed in the bonds. They are now finding their environment, social and governance credentials (ESG) questioned again after the "skyjacking" of Belarussian opposition journalist Roman Protasevich, which is shaping up as a major test case in how the investment industry approaches these issues in emerging markets

Belarus has some $5.5 billion in hard-currency bonds outstanding, and counts fund managers, including BlackRock, PIMCO, NN IP, UBS, Aberdeen Standard and JPMorgan <JPM.N among its major holders, based on data and regulatory filings gathered by Refinitiv. The bonds are in global indexes, such as JPMorgan EMBI debt benchmark, drawing money from pension funds and other institutional investors.

BlackRock, PIMCO, NN IP and JPMorgan declined to comment for this story.

Belarus' finance ministry did not immediately respond to a request for comment.

The matter is clear cut for some investors.

Jens Munch Holst, CEO of the $22 billion AkademikerPension in Denmark added Belarus to its list of excluded countries in January, and said warnings of systemic human rights abuses had been flashing for a number of years.

"At a very minimum, we are linked to action of states through our investments in these bonds, because we are providing them with capital," he said.

ESG is the buzzword these days, with hundreds of billions of dollars of investment chasing sustainable assets. In the world of sovereign debt, however, how a country's record on human rights is handled is a grey area.

Some of the world's largest asset managers remain heavily invested in regimes with questionable rights records.

The 2018 killing of Saudi journalist Jamal Khashoggi did little to dampen the kingdom's investor allure. China debt markets have sucked in billions despite European and U.S. criticism over alleged human rights abuses, denied by Beijing.

While its governance and institutions are classed as only slightly better than a country in state of war by ratings firms like S&P Global, Belarus does score well on some ESG metrics - such as education, improving air quality and gender equality.

Yet several major bond holders said the seizure of Protasevich and girlfriend Sofia Sapega sparked new concerns and debates either internally or with clients, or both, about the compatibility of ethical principles and investments in Belarus sovereign bonds.

"The extreme description of these kind of assets is that these are blood bonds where the regime oppresses or tortures its citizens," said Aberdeen Standard Investments' portfolio manager Viktor Szabo, whose company holds Belarus bonds and has been targeted by the social media campaign.

"The question is where the threshold is, and that is all qualitative."

The country - which has been under EU sanctions since 2014 - last sold an international bond in June 2020. The bond was three times oversubscribed to piled into the debt offering a coupon of about 6%.

Within days of the issue, protests against Lukashenko swelled, sparking an increasingly harsh response from authorities ahead of the August 9 elections.

This Russian backstop and Belarus's low debt-to-GDP ratios could also mean any new sanctions would pack less of a punch.

Russia is moving ahead with a second $500 million loan tranche for Belarus and has pledged more financial support in case of EU curbs.

G7 and EU-led development bank, the European Bank for Reconstruction and Development, also continues to invest in Belarus.

"EU leaders will decide on sanctions so we will see what they do in the end," Kaune said, pointing to both the Russia-style option of bans on buying new bonds, or the more extreme Venezuela-style option of a bond trading ban.

Once the extent of sanctions are known, "we will have to reassess whether access to those markets is something we want to have," Kaune added. 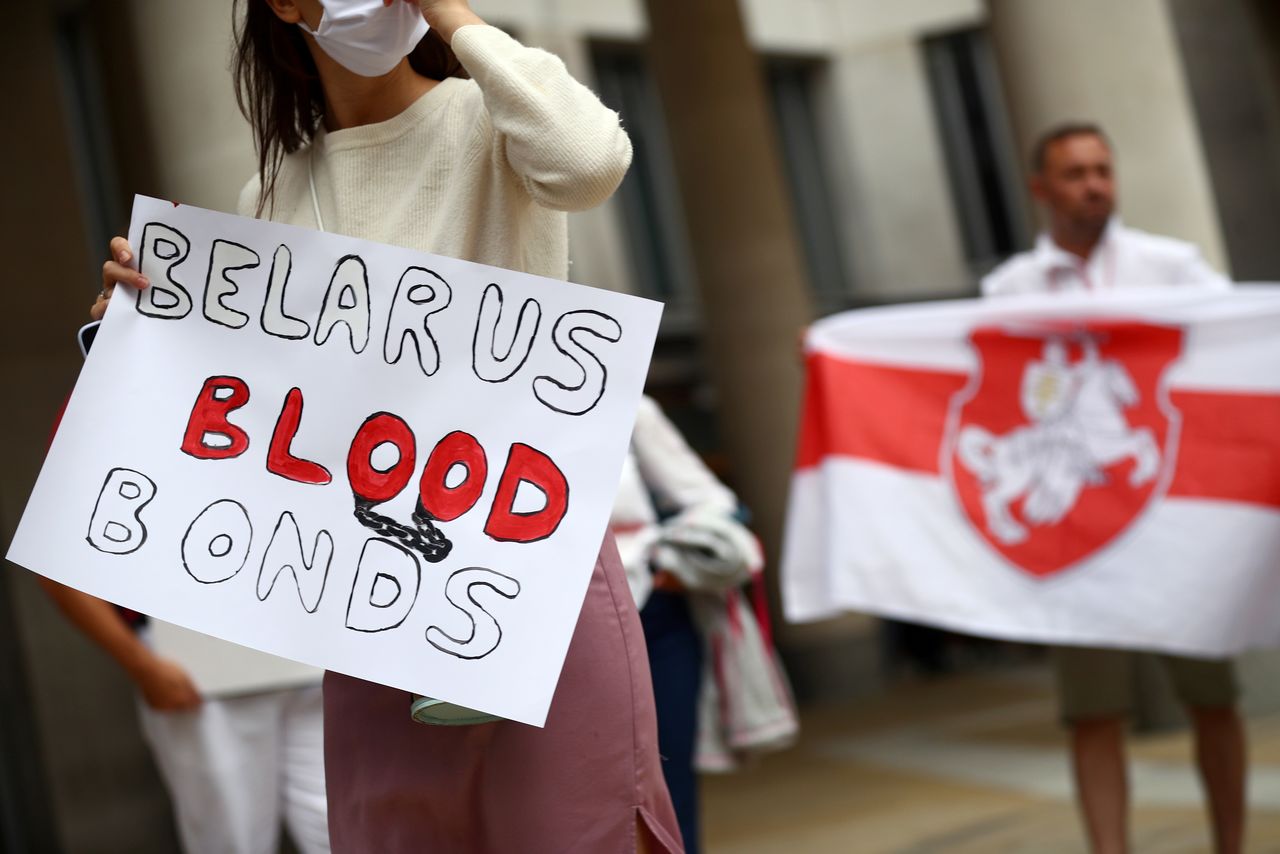 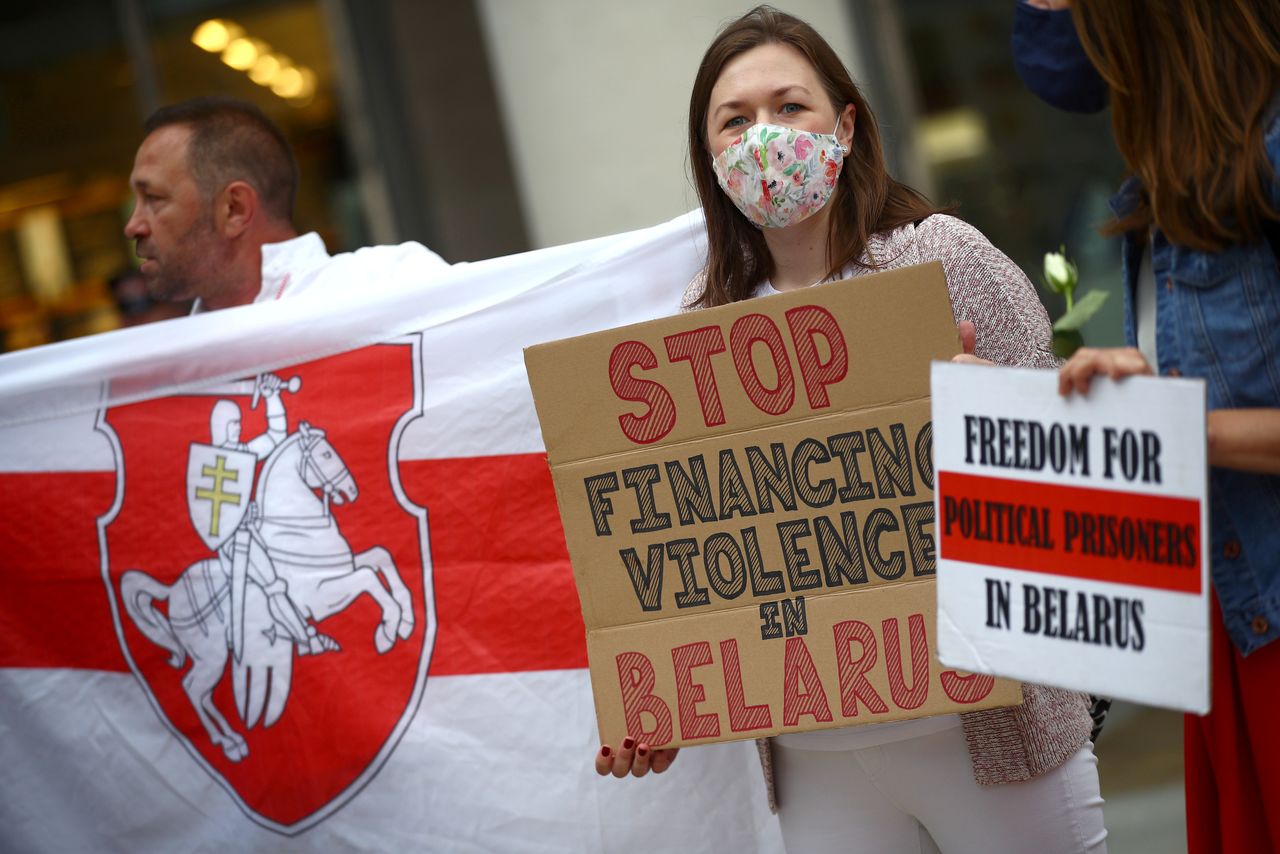