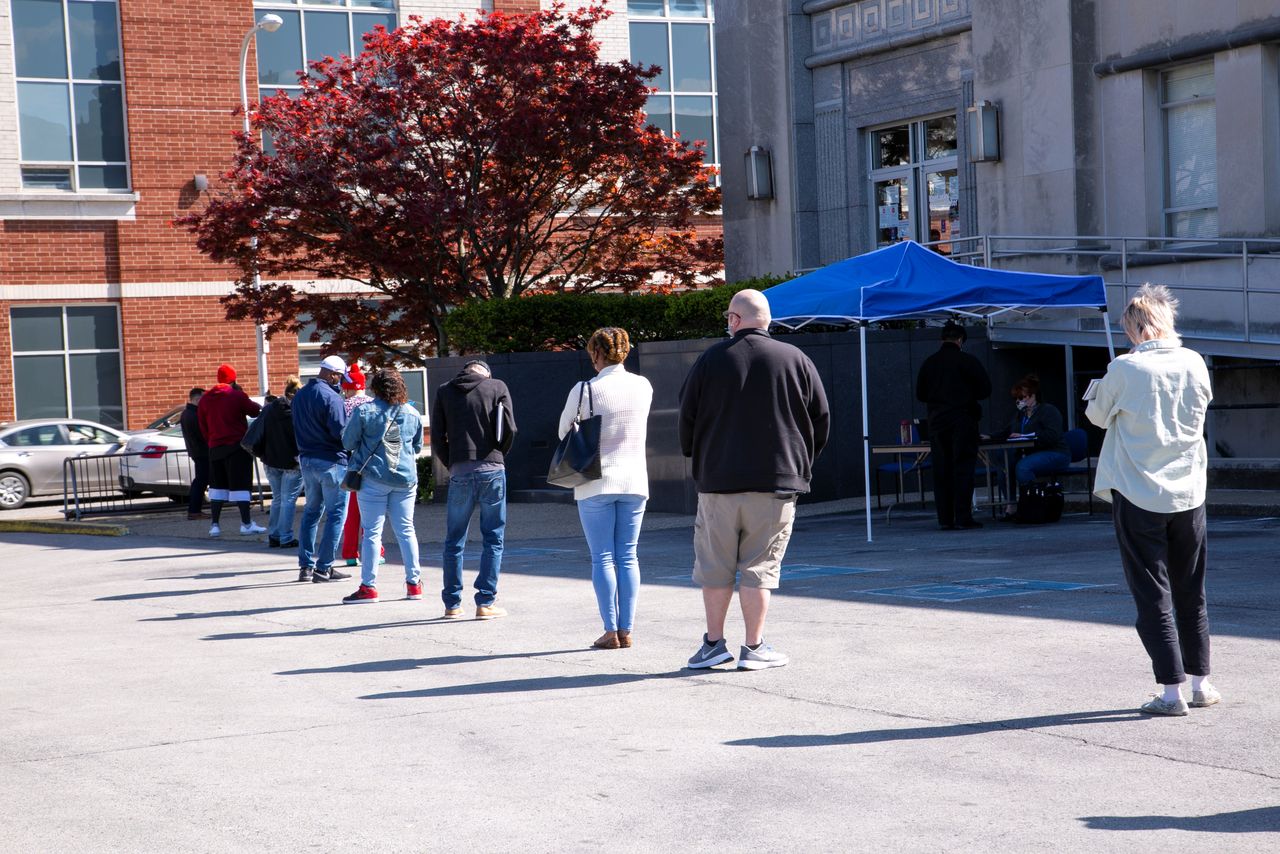 WASHINGTON (Reuters) - U.S. private employers stepped up hiring in May, spurred by robust demand amid a rapidly reopening economy, but shortages of workers and raw materials continued to loom over the labor market recovery.

Private payrolls increased by 978,000 jobs last month, the ADP National Employment Report showed on Thursday, the biggest increase since June last year. Data for April was revised down to show 654,000 jobs added instead of the initially reported 742,000. Economists polled by Reuters had forecast private payrolls would increase by 650,000 jobs.

The ADP report is jointly developed with Moody's Analytics and was published ahead of the Labor Department's more comprehensive, and closely watched employment report for May on Friday. However, it has a poor track record predicting the private payrolls count in the employment report because of methodology differences.

The ADP report overestimated private payroll gains in April's employment report, after understating growth throughout much of the jobs recovery, which started in May 2020, leaving economists cautious about reading too much into the report.

"The inconsistencies comparing the ADP and government data make it very hard to use the ADP figures to predict the first prints of the government data," said Daniel Silver, an economist at JPMorgan in New York.

The forecasts were tempered by data on Tuesday showing a moderation in hiring at factories, with manufacturers complaining that worker absenteeism and short-term shutdowns because of shortages of parts and workers was limiting the sector's potential.

An easing in the COVID-19 pandemic's grip due to vaccinations has allowed authorities to lift restrictions on businesses, accelerating the economy. The ensuing pent-up demand is, however, pushing against supply constraints.