Russian rainy day fund to get out of all U.S. dollar assets 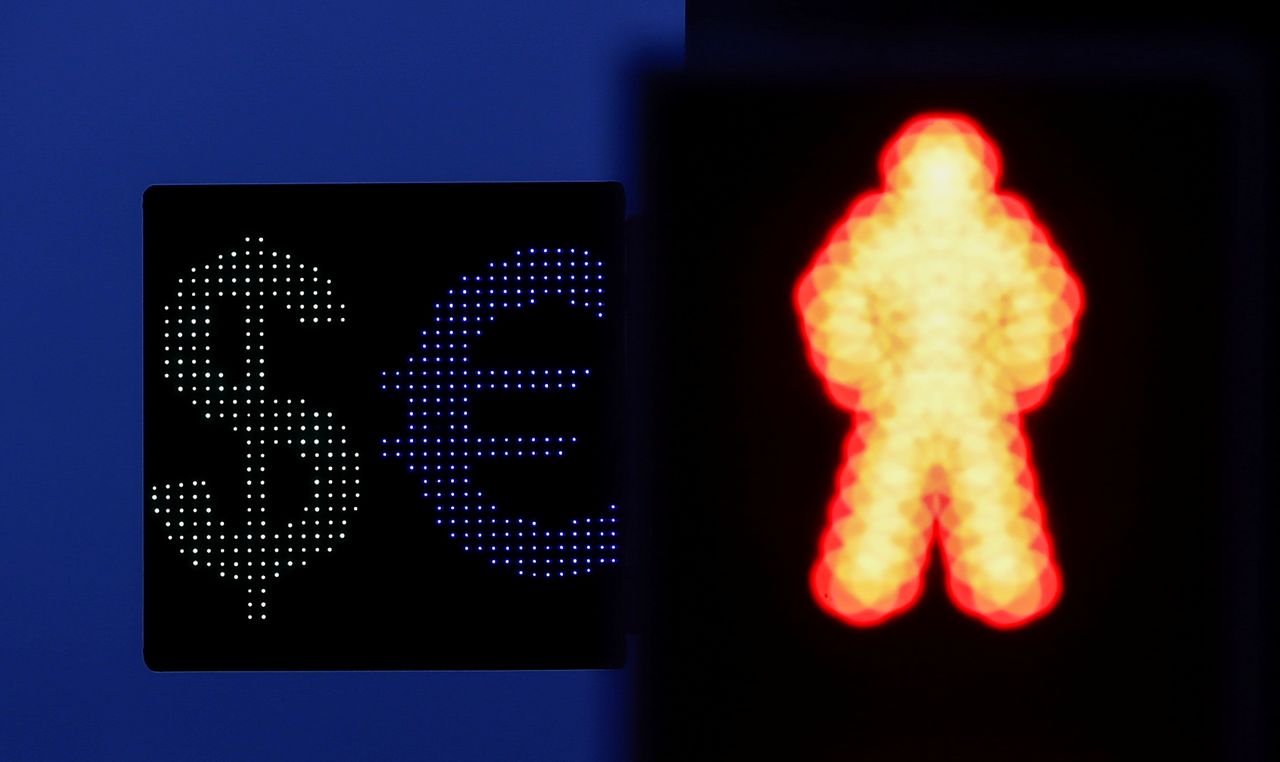 Display showing euro and dollar signs is seen next to a no-walk light in Moscow, Russia November 2, 2020. REUTERS/Maxim Shemetov/Files

By Darya Korsunskaya and Alexander Marrow

ST PETERSBURG (Reuters) - Russia on Thursday said it would ditch all U.S. dollar assets in its National Wealth Fund (NWF) and increase holdings in euros, Chinese yuan and gold in what analysts said was a political move ahead of a presidential Russia-U.S. summit later this month.

Russia has been gradually reducing its dollar holdings since the imposition of Western sanctions following Moscow's annexation of Crimea in 2014, and has sought to partially decouple from the Western financial system.

Tim Ash at BlueBay Asset Management said the move was designed to send a signal ahead of a summit between President Vladimir Putin and his U.S. counterpart Joe Biden on June 16.

"Like the central bank, we have decided to reduce investments of the NWF in dollar assets," Finance Minister Anton Siluanov said at the St Petersburg International Economic Forum.

After the changes, that will be finalised within a month, the fund will hold 40% of its assets in euros, 30% in yuan and 20% in gold. The Japanese yen and British pound will account for 5% each, Siluanov said.

The dollar share will drop from 35%, while the share of pounds will be halved. Gold will be added to the NWF for the first time.

"The rest of the world has also sharply reduced the dollar share of FX reserves over the past two decades but Russia has a special interest in doing so quickly and undermining global confidence in the dollar because it is a petro-state and a strategic rival of the United States," Matt Gertken, a geopolitical strategist at BCA Research in Montreal, said in an email exchange.

"However, it is unlikely that Russia will totally cleanse its system of all dollars since that would be a foolish financial decision."

The rouble firmed marginally on the news, although First Deputy Prime Minister Andrei Belousov said he did not expect the change to affect the exchange rate.

Analysts at ING said the move implied selling $40 billion in favour of gold, yuan and euro.

Russia's NWF, which accumulates Russia's oil revenue and was initially designed to support the pension system, stood at $185.9 billion as of May 1. It forms part of Russia's gold and FX reserves that totalled $600.9 billion on May 27.

Russia's central bank slashed its holdings of U.S. Treasuries in 2018 and cut the dollar share in its gold and forex reserves in 2020 to 21.2% as of Jan. 1, down from 24.5% a year earlier. The central bank reports that data with a six-month lag.

"This process of dedollarisation is taking place not only in our country, but in many countries around the world that have started to have concerns about the reliability of the world's reserve currency," said Kremlin spokesman Dmitry Peskov.