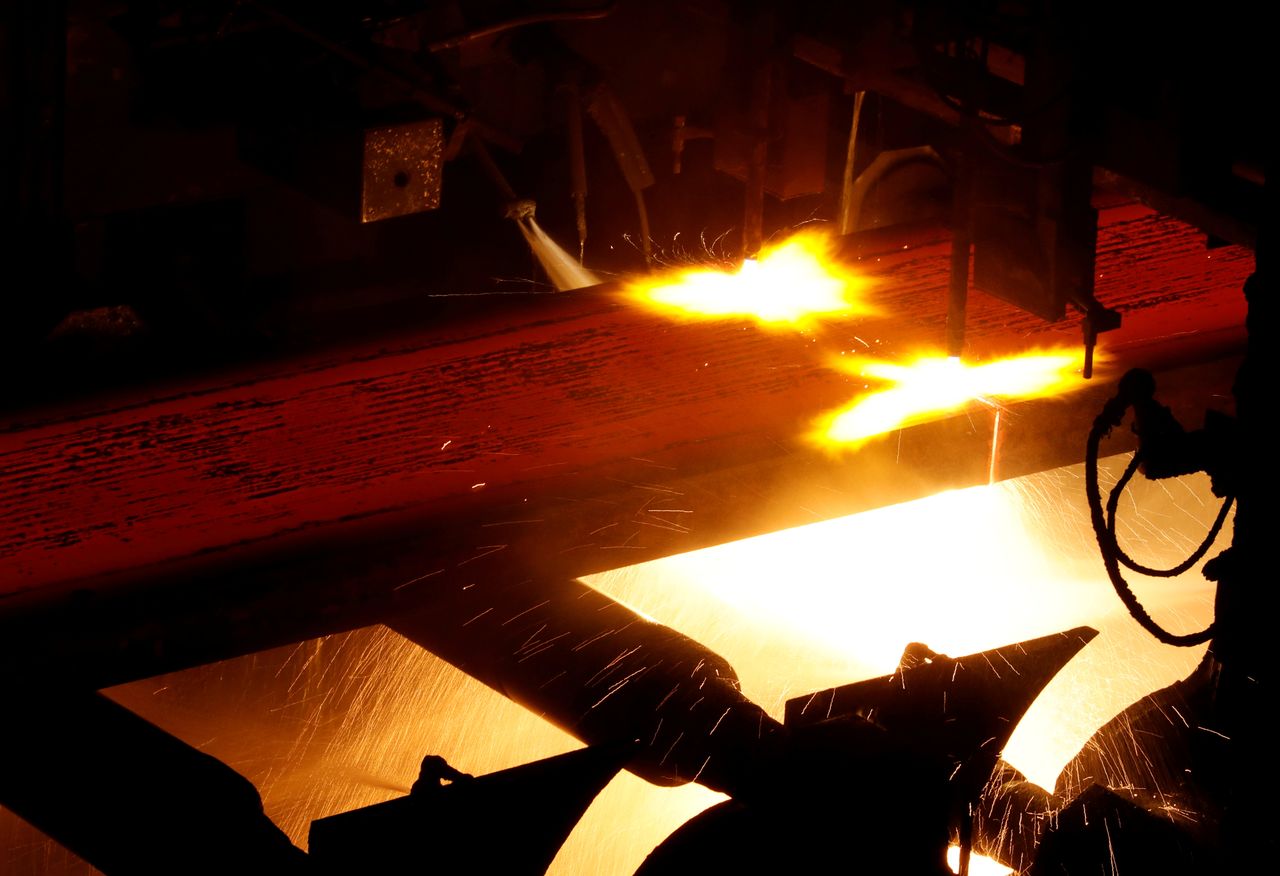 TOKYO (Reuters) - Nippon Steel, the world's No.3 steelmaker, may beat its own profit forecast for the year to March 31, 2022, as its exports and overseas businesses benefit from robust demand and strong steel prices, a senior company executive told Reuters.

"As China, which produces nearly 60% of global steel, intends to cut its output capacity, the steel market will become even tighter, while iron ore prices will likely fall," he said.

Chinese steel and iron ore prices had surged to all-time highs by mid-May, fuelled by a post-pandemic economic recovery, an easing in global liquidity as well as speculative buying. They have since pulled back as the government stepped up inspections and controls to tame market enthusiasm.

In early May, Nippon Steel predicted a business profit of 450 billion yen ($4.1 billion) for the year to next March, up from 110 billion yen a year earlier and the highest since 2014.

"Our overseas earnings are expected to exceed our forecast," Mori said, without giving a figure.

Nippon Steel, which aims to cut carbon dioxide (CO2) emissions by 30% by 2030 from 2013 levels and become carbon neutral by 2050, plans to take advantage of a sharp profit recovery to accelerate research and development (R&D) for decarbonization, Mori said.

"All of these developments will be unprecedented, but we'll invest in these areas," Mori said.

To realise "zero-carbon" steel, the company expects 500 billion yen in R&D and 4-5 trillion yen in capital expenditure will be required.

"I think we are one step ahead of them in technology, but they have an advantage in various institutional aspects such as carbon pricing and taxation," Mori said, adding the company is seeking more support from local government to promote technological innovation and the creation of a hydrogen supply chain.