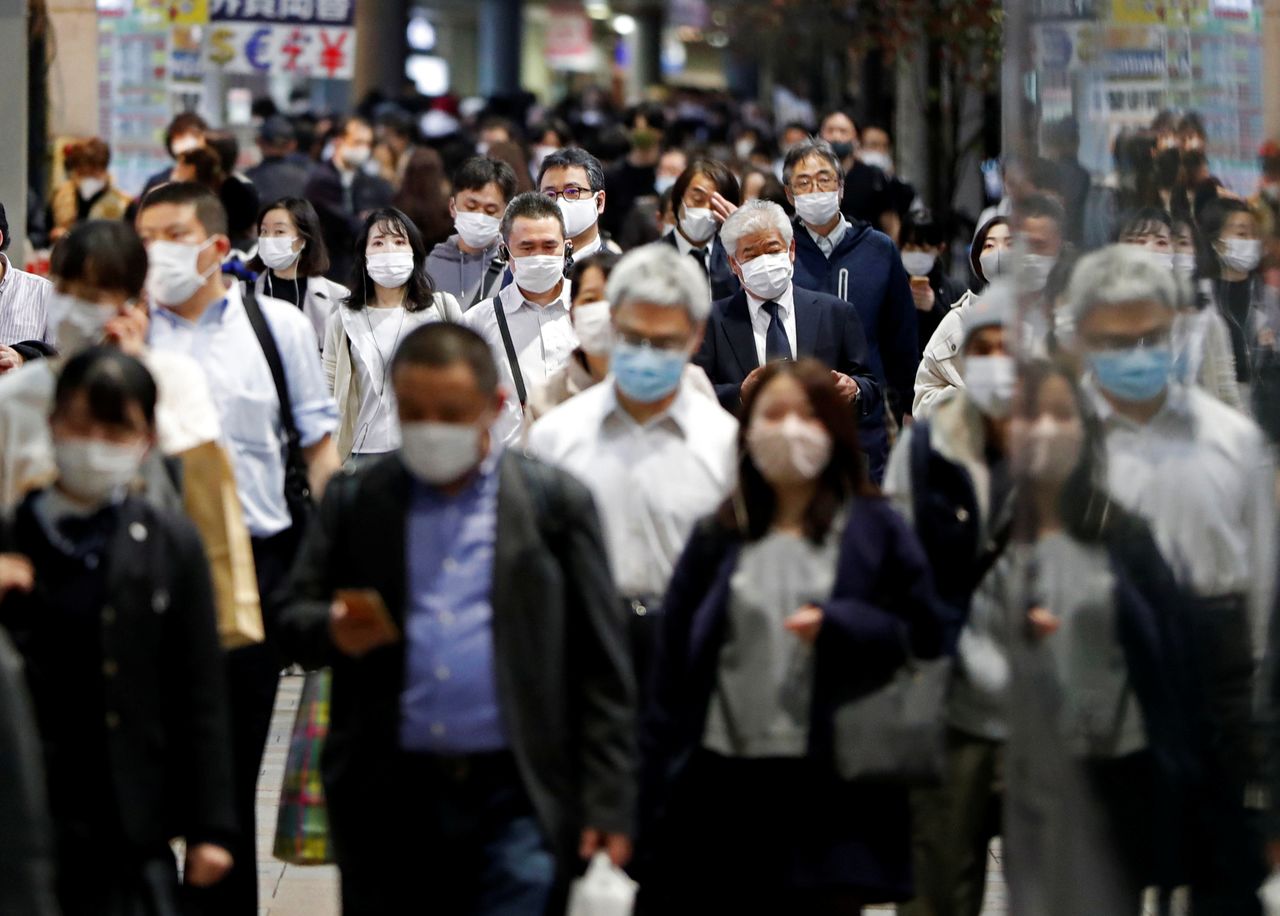 TOKYO (Reuters) - Japan's government is under political pressure to water down an already stretched fiscal target this year as the cost to combat the COVID-19 pandemic accumulates, sources say, casting further doubt on Tokyo's resolve to fix the country's tattered finances.

But there is no consensus on the precise shape of the government's fiscal blueprint, to be released this month, as policymakers seek to defend the target against lawmakers calling for bigger spending to revive the economy, say government and ruling party officials with knowledge of the deliberations.

"Defending the target will be a struggle this year given strong political pressure against doing so," said a government source with knowledge of the matter.

A watered-down commitment on fixing the finances would reinforce expectations Japan will lag behind other nations in phasing out crisis-mode stimulus measures.

Tokyo has deployed massive stimulus packages totalling $3 trillion over the past year to combat the pandemic, straining the country's already tattered finances by adding to a debt pile that is the biggest among major industrialised nations.

After pushing back the target several times, the most recent pledge was to achieve a primary balance surplus by fiscal 2025, a goal that analysts had said would be a tough ask even before the pandemic led to a surge in spending.

The government was forced to omit a timeframe in the blueprint last year, when it delivered huge relief packages to cushion the economic blow from the pandemic.

Ruling party lawmakers are ramping up calls for the exclusion of the timeframe again in this year's fiscal blueprint.

"There's absolutely no need to abide by the 2025 deadline. Even mentioning anything on fiscal restraint will be bad for the economy," ruling party heavyweight Kozo Yamamoto told Reuters last week.

"We don't need to think about fiscal restraint now, when the economy is still suffering from the pandemic's blow," said Shoji Nishida, also a ruling party executive.

Private broadcaster Nippon TV reported on Friday the draft of the blueprint would set out an "aim" to achieve the fiscal target and "lay the groundwork for fiscal reform before Japan's baby boomers reach 75 or older."

Japan's baby boomers reach 75 around 2025, leaving the country little time to get its fiscal house in order before social welfare costs balloon from already large levels.

Negotiations on the blueprint's final language will kick off in earnest next week, based on a proposal by the ruling party that does not mention the 2025 deadline, the officials say.

Wary of Japan's huge public debt and rising spending, the powerful Ministry of Finance is lobbying lawmakers hard to defend the fiscal target and the deadline, they say.

Prime Minister Yoshihide Suga said last month Japan will stick to the pledge to achieve a primary balance surplus, but made no mention of the timeline.