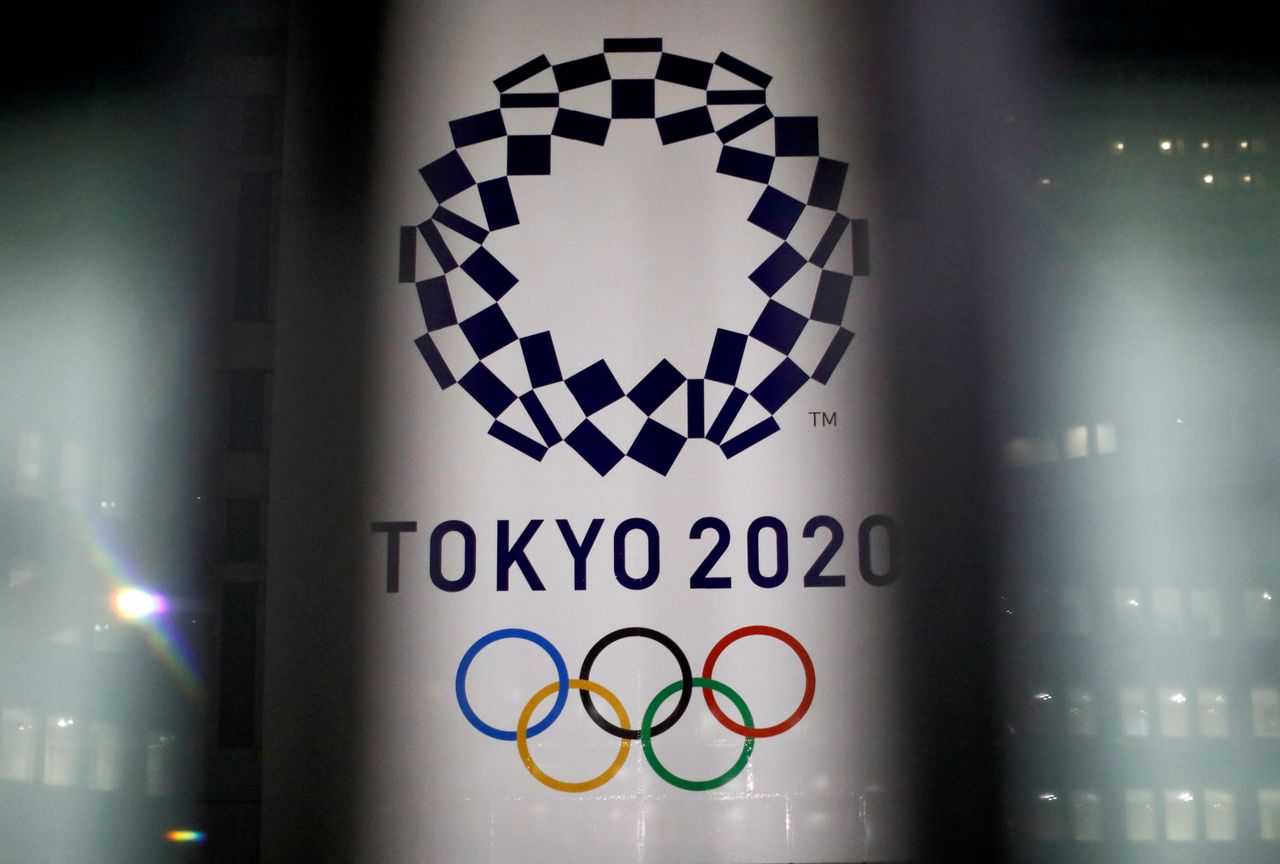 FILE PHOTO: The logo of Tokyo 2020 Olympic Games that have been postponed to 2021 due to the coronavirus disease (COVID-19) outbreak, is seen through signboards, at Tokyo Metropolitan Government Office building in Tokyo, Japan January 22, 2021. REUTERS/Issei Kato/File Photo/File Photo

By Chang-Ran Kim and Linda Sieg

TOKYO (Reuters) -One of Japan's sporting heroes and a member of the local Olympic committee said on Friday her nation had been "cornered" into pressing ahead with the 2020 Games despite public opposition during the coronavirus pandemic.

The comments by Japanese Olympics Committee board member Kaori Yamaguchi, a judo medallist, added to rancour around Japan where the Games were postponed last year but are now due to start on July 23 despite a fourth wave of infections.

Most Japanese oppose hosting the Olympics but some foreign athletes have started arriving and organisers insist the $15 billion global sports showpiece remains on track.

Yamaguchi, who won a bronze medal at the 1988 Seoul Games, accused the International Olympic Committee (IOC), Japan's government and the Tokyo 2020 organising body of shunning dialogue and riding roughshod over public opinion.

"What will these Olympics be for and for whom? The Games have already lost meaning and are being held just for the sake of them. I believe we have already missed the opportunity to cancel," she wrote in an opinion piece for Kyodo news agency.

"It would require too much energy to make and follow through with such a decision. We have been cornered into a situation where we cannot even stop now. We are damned if we do, and damned if we do not."

Foreign spectators are already prohibited from the Olympics and Japanese may also be kept away from what organisers promise will be a sanitised "bubble" event to minimise contagion risk while also bringing cheer to a world battered by COVID-19.

There is talk of banning cheering, hugging and high-fives.

However, many Japanese fear the events could drain medical resources and spread the virus. Host city Tokyo is under a state of emergency this month and thousands of volunteers have quit.

Tokyo 2020 committee president Seiko Hashimoto - herself a seven-times former Olympian as a cyclist and skater - continued to put on a brave face at a news conference on Friday, saying organisers were pushing on with preparations "100 percent".

Hashimoto stressed the importance of winning over the public by streamlining the Games but again acknowledged the possibility of cancellation. "I think that this is a decision that needs to be made based on a coronavirus situation that is constantly changing and shifting," she added, saying the IOC, Japan's government and Tokyo city were in charge of decisions.

On the sports front, U.S. Olympic 100 metres hurdles champion Brianna McNeal's participation in Tokyo was in doubt after the Athletics Integrity Unit (AIU) said she had been banned for five years for an anti-doping rule violation.

McNeal, who won gold at the 2016 Rio Olympics, was still allowed, however, to compete until the end of the U.S. Olympic trials on June 27. She denies testing positive for any banned substance and her appeal will be heard before the Tokyo Games start, the AIU said.

Extra pressure on organisers has come this week from Japan's top medical adviser, who has been taking questions in parliament and complaining that medical concerns have not been heard.

On Friday, Shigeru Omi told lawmakers the main risk was not from the Olympics "bubble" but from a potential rise in movement of the public at large, which could spur infections.

Barely 3% of Japanese have been vaccinated and the nation's fourth wave has seen rising numbers of severe cases. Japan has recorded nearly 750,000 cases and more than 13,000 deaths.

There is political pressure too.

Prime Minister Yoshihide Suga, who faces an election and a ruling party leadership race this year, hopes a successful Olympics could temper an erosion in support due to dissatisfaction with his government's handling of the pandemic.

Suga says the Games will give the world "hope and courage".

But even if the government hits its target of vaccinating all health workers and elderly by the end of July - after the Games begin - still only 33% of Japanese would be inoculated.