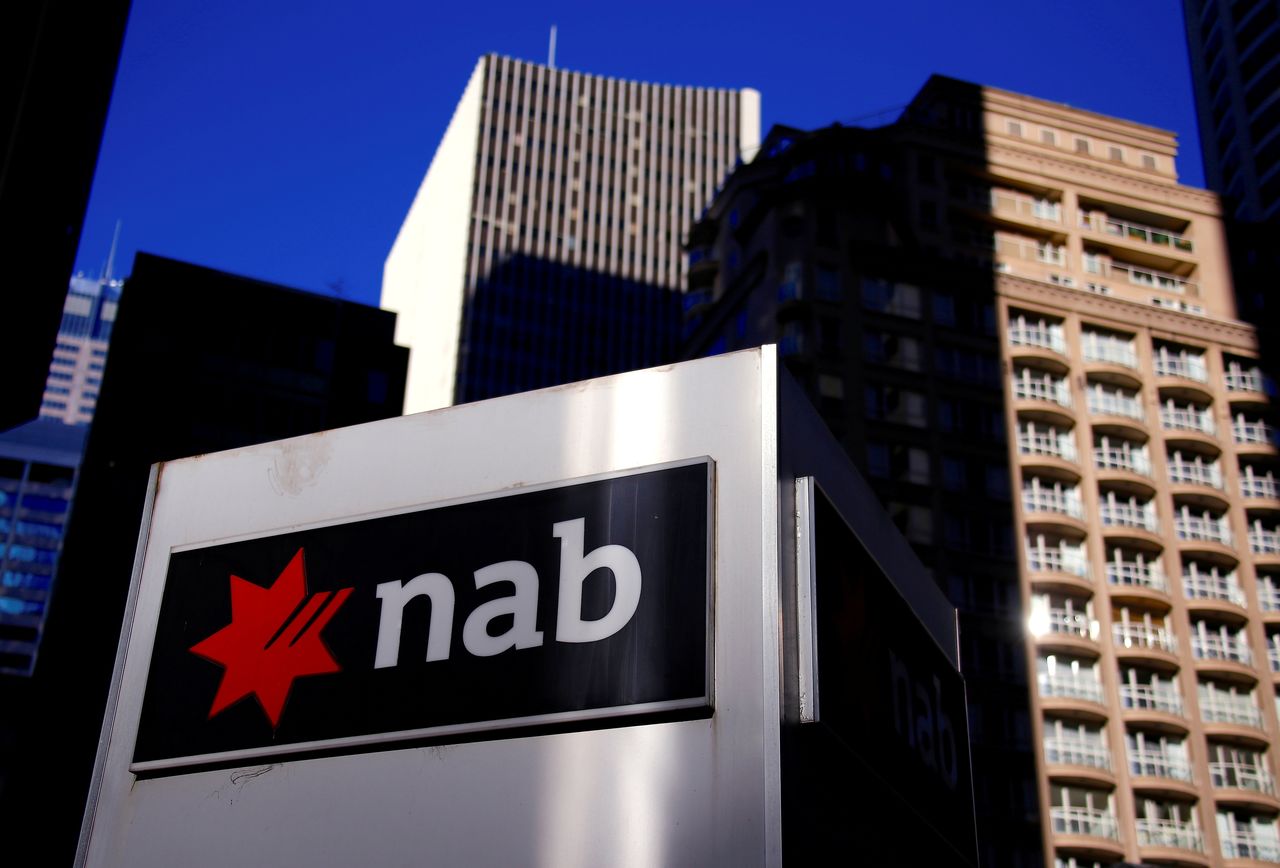 SYDNEY (Reuters) - National Australia Bank said on Monday it is under investigation for suspected serious and ongoing breaches of anti-money laundering and counter-terrorism laws, sparking concerns about potential fines and higher compliance costs.

The financial crime regulator said there were "areas of serious concern" that required further investigation, but it was not considering a civil penalty order at this stage.

Shares in Australia's third-largest lender fell 2.6% in morning trading while the wider market was little changed.

The Australian Transaction Reports and Analysis Centre (AUSTRAC) said the problems at NAB involved "potential serious and ongoing non-compliance" with customer identification procedures, customer due diligence and other compliance requirements.

"AUSTRAC's concerns emanate from historical and contemporary compliance assessments," the agency said in letter to the lender dated June 4.

"In particular, the seriousness of self-disclosed matters presented to AUSTRAC over a prolonged period combined with the accompanying closure rates is concerning."

The investigation would now be handled by AUSTRAC's enforcement team, the agency said. It had not made a decision about whether further enforcement action would be taken and was not considering civil penalty proceedings at this stage.

This was "reflective of the work undertaken" by NAB to date, but the regulator's position could change, the letter added.

NAB said it would continue to cooperate with the regulator.

"NAB has an important role in monitoring and reporting suspicious activity and keeping Australia’s financial system, our bank and our customers safe," Chief Executive Officer Ross McEwan said in a statement.

"We are very aware that we need to further improve our performance in relation to these matters. We have been working to improve and clearly have more to do."

AUSTRAC has levied A$2 billion ($1.5 billion) in penalties on NAB's larger peers - Commonwealth Bank and Westpac Banking Corp - for breaches of anti-money laundering rules since 2018.

The escalation of AUSTRAC's investigation could have material consequences for NAB such as higher compliance costs, JPMorgan analysts said in a note.

Credit Suisse analysts told clients in a note that the market was likely to "dismiss" the regulator's statement that it was not considering financial penalties.

"In our view the risk is not so much around the highlighted issues but the potential for a formal investigation to uncover additional issues which we have seen in other cases," they wrote.

(Reporting by Paulina Duran in Sydney and Rashmi Ashok in Bengaluru; editing by Diane Craft and Stephen Coates)