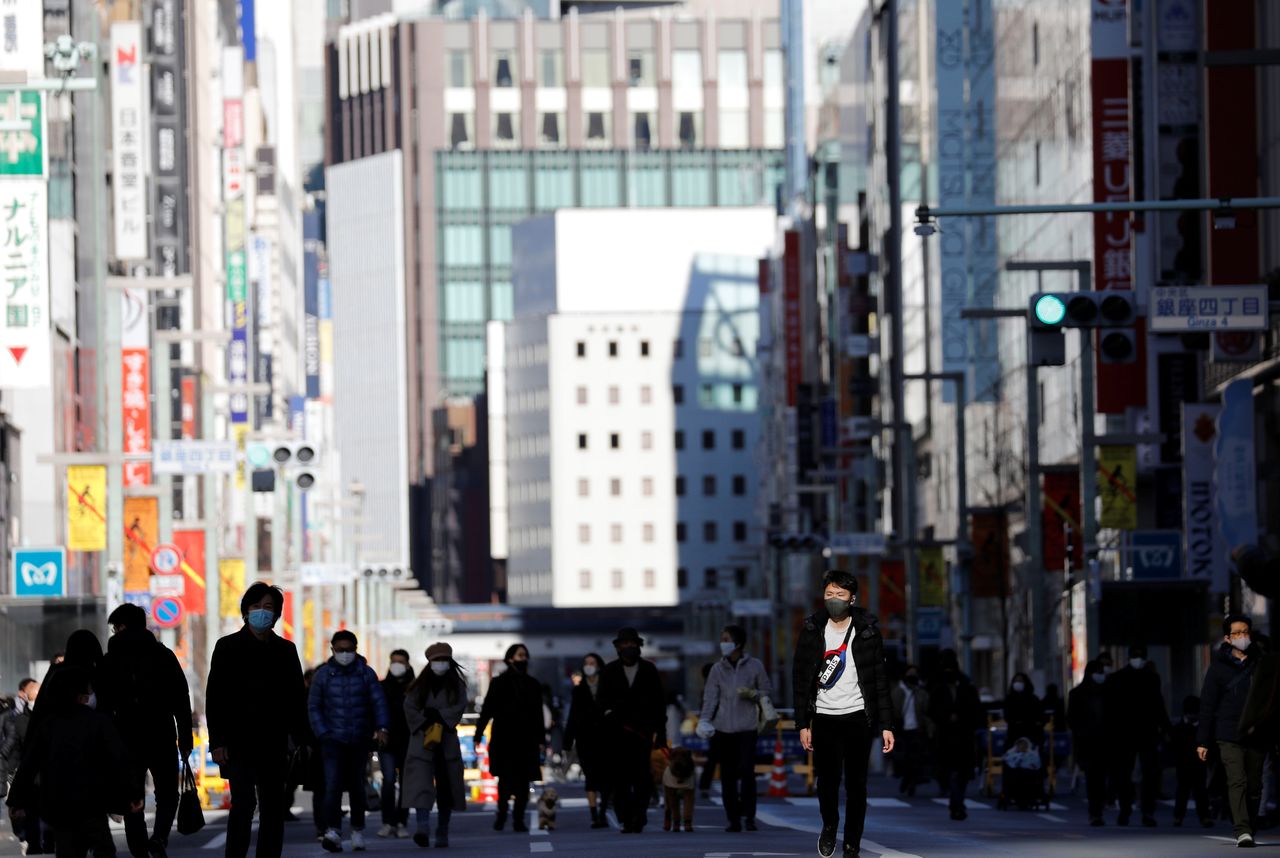 By Takaya Yamaguchi and Leika Kihara

TOKYO (Reuters) -Japan will highlight the need for fiscal reform even as it keeps up stimulus to combat the blow to its economy from the coronavirus pandemic, a draft of its economic and fiscal blueprint reviewed by Reuters showed.

The government will also unveil plans to promote green and digital investment by drawing in private demand, as part of efforts to revitalise the world's third largest economy, according to the draft of this year's blueprint.

"The government will seek to promptly return Japan's economy to pre-pandemic levels with a determination to never again push the country back to deflation," the draft showed.

"Japan will strive to improve its fiscal health," along with efforts to revive the economy by taking flexible action "without hesitation," the draft added.

Japan's government faces the tricky balance of trying to prop up growth while reining in a huge public debt that has ballooned to twice the size of its economy even before massive pandemic-relief packages were deployed last year.

"Our immediate priority is to put an end to the pandemic as soon as possible and to speed up vaccine inoculation," Suga said, offering no assurances to growing calls from lawmakers to deploy another huge stimulus package.

The draft blueprint, which serves as a backbone for this year's economic policymaking, will be submitted to its top economic council on Wednesday for deliberation by ministers, academics and business executives.

A final version of the blueprint is likely to be approved by the cabinet on June 18, taking into account the views of ruling coalition lawmakers.

The government has been under political pressure to water down an already stretched fiscal target this year as the cost to combat the pandemic accumulates, casting further doubt on Tokyo's resolve to fix Japan's tattered finances.

With slow vaccine rollouts and a resurgence in infections cooling consumption, some ruling party lawmakers have urged the government to compile another stimulus package or cut tax.

The government and finance ministry officials have pushed back against such calls, arguing that Japan needs to keep its fiscal house in order to maintain market trust in its finances.

In the draft blueprint, the government pledges to "lay the groundwork" for fiscal reform partly through targeted spending, suggesting that any additional expenditure will focus on firms and households hit hardest by the pandemic.

The timeframe was omitted from last year's fiscal blueprint as huge spending to deal with the pandemic's pain added to the country's massive public debt.

This year's blueprint is likely to mention the primary balance target in some form, though the exact wording is still under discussion including whether to mention the timeframe, two government officials with direct knowledge of the matter said.

Tokyo has deployed massive stimulus packages totalling $3 trillion over the past year to combat the pandemic, straining the country's already tattered finances by adding to a debt pile that is the biggest among major industrialised nations.