Though the final result may not be known for days, the latest count showed Castillo and Fujimori almost neck-and-neck with over 94% of the vote counted and the remaining rural areas expected to favour Castillo, the son of peasant farmers.

Peru's financial markets have suffered since Castillo scored a surprise first-round victory back in April on promises of more state control of the country's mining, energy and telecoms industries.

With traders sensing the vote might be edging in his favour, the sol currency sank 2.5% against the dollar, its largest daily drop in seven years, while Lima's main stock market slumped over 7%.

"A Castillo win would add significant downside risk to our short- and medium-term growth and (foreign exchange) forecasts, given his pledges to nationalize the mining sector and rewrite the constitution," said economist Debora Reyna of Oxford Economics in a research note.

"If Keiko (Fujimori) is elected president, the key risk is a short-term deterioration of public finances, as she plans to boost public spending to prop up her popularity."

The election came after a turbulent year in Peru. The Andean nation has churned through three presidents since late 2020, has the world's highest per-capita COVID-19 death toll, and experienced its worst economic crash in three decades.

Fujimori, the 46-year-old daughter of a jailed former president, who has herself run for president twice before, has pledged to follow the free-market model and maintain economic stability in Peru, the world’s second-largest copper producer.

Castillo has promised to redraft the constitution to strengthen the role of the state, take a larger portion of profits from mining firms and nationalize key industries.

The sol has fallen more than 8.5% against the U.S. dollar since an early April peak as the uncertainty has deepened.

That is despite the country's central bank using the equivalent of $11 billion, or 5.4% of GDP, to intervene in the currency market either through direct buying or via swaps, JPMorgan estimated.

"Whoever wins, probably Peru is not going to have a great next five years," Federico Kaune, global EM senior portfolio manager at UBS Asset Management, had said ahead of the election, due to the fact politics would remain deeply divided.

"If Castillo is confirmed the victor, we expect further underperformance," he said. "In that case, after any initial selloff, we would consider adding some risk in PEN (Peruvian sol) in the event of a large overshoot."

Investors were also wary of potential social unrest in the country. Lucia Dammert, a Peruvian academic based in Chile, predicted the coming days would be volatile, with potential challenges to the votes and requests for recounts.

She forecast protests particularly if Fujimori were declared the winner.

"Unless the too-close-to-call scenario depicted by the quick count proves wrong, we seem poised for a number of days of heightened uncertainty ahead," JPMorgan said. 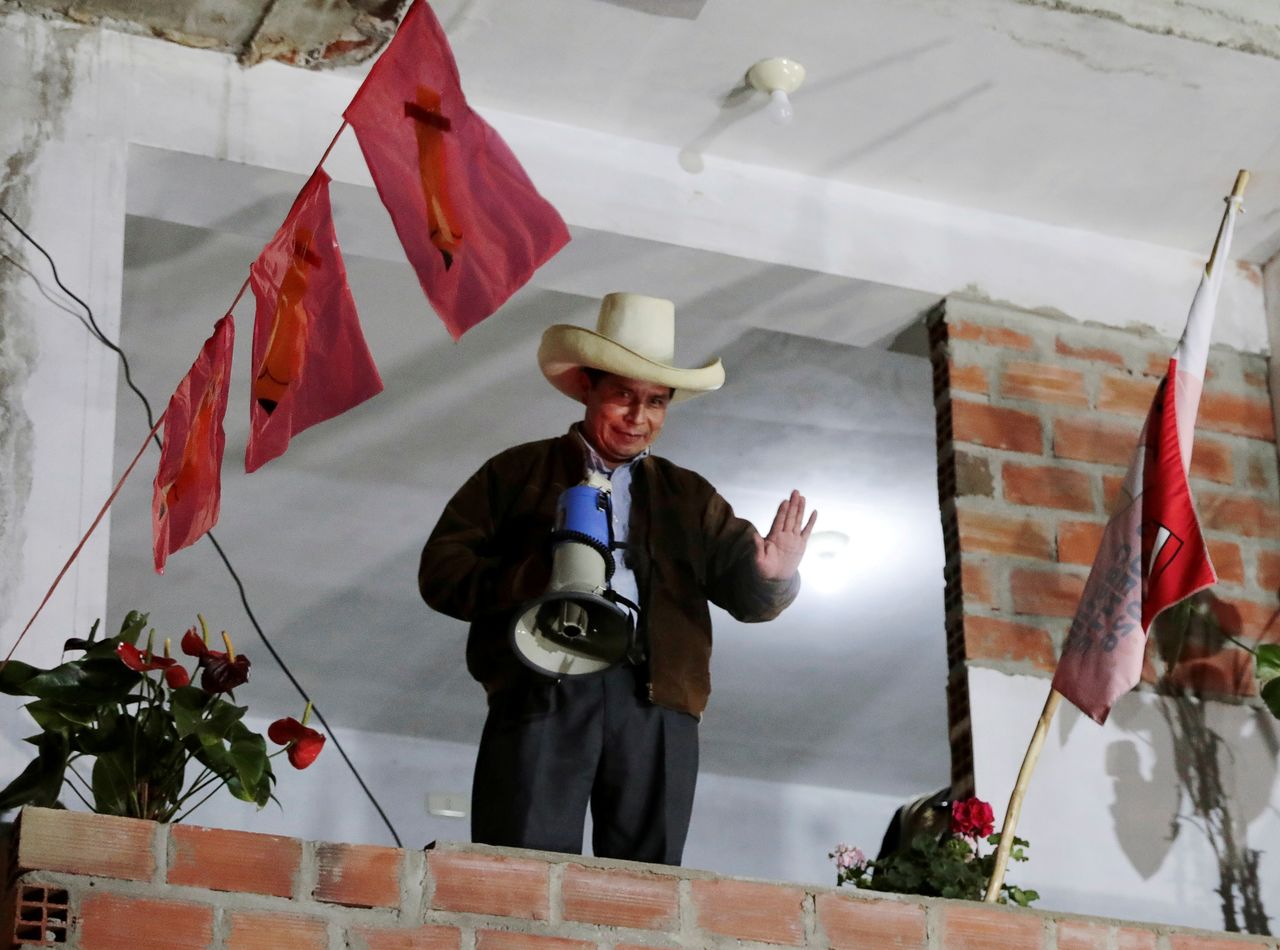 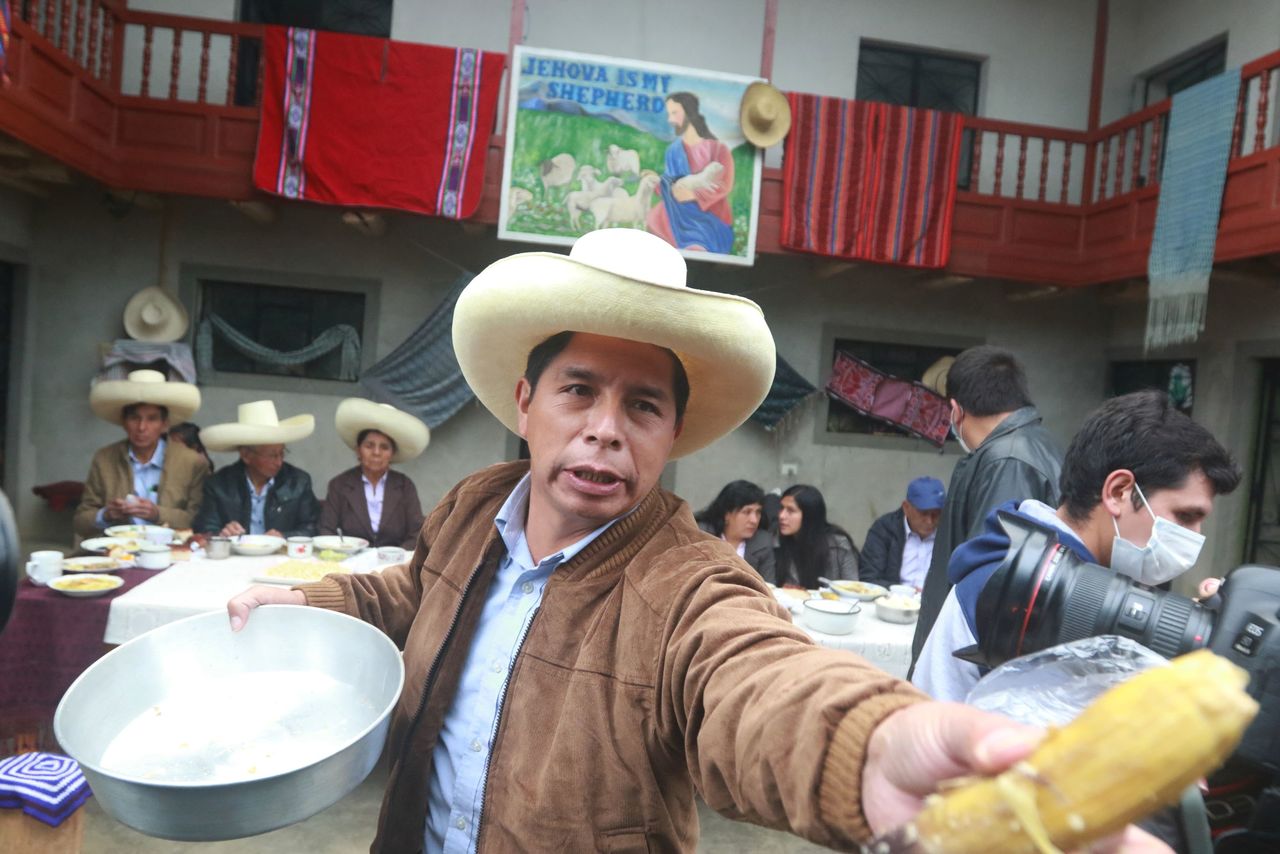 Peru's presidential candidate Pedro Castillo hands out food during a breakfast with members of his family and before casting his vote, in Chugur, Peru June 6, 2021. Andres Valle/Agencia Andina/Handout via REUTERS