Funding and vaccines sought from G20 nations for COVAX, says WHO 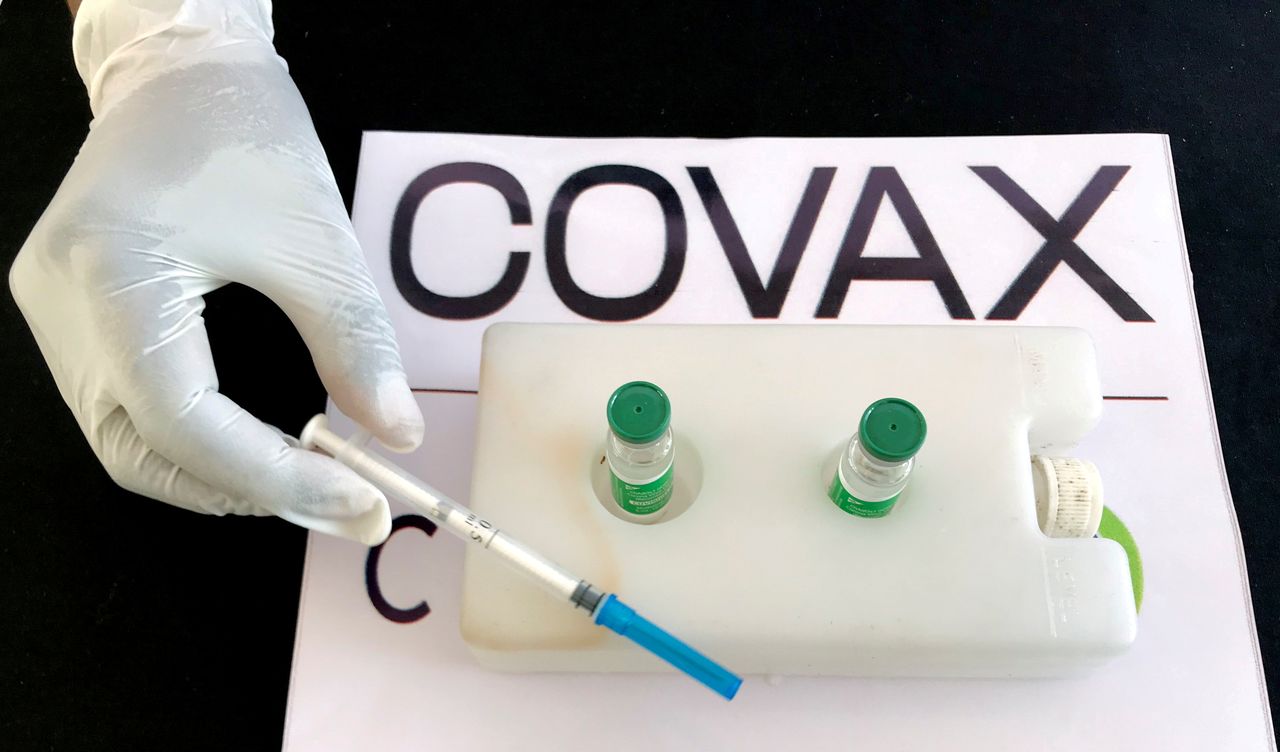 FILE PHOTO: A nurse prepares to administer the AstraZeneca/Oxford vaccine under the COVAX scheme against the coronavirus disease (COVID-19) at the Eka Kotebe General Hospital in Addis Ababa, Ethiopia March 13, 2021. REUTERS/Tiksa Negeri/File Photo

GENEVA (Reuters) -Emerging powers among G20 countries including China, Brazil and India are being pressed to contribute urgent financing and COVID-19 vaccines for the COVAX dose-sharing facility, the World Health Organization and a Norwegian official said on Monday.

Ahead of the G7 summit this week, wealthy countries have also been pushed to follow the United States in making doses available immediately to cover a 200 million dose gap caused by Indian supply disruptions and manufacturing delays.

So far some 150 million doses have been pledged to COVAX, far short of the 250 million needed by the end of September, and 1 billion target by year-end, the officials said.

Bruce Aylward, senior adviser to the WHO director-general and its coordinator of the ACT (Access to COVID-19 Tools) Accelerator, and Norway, which co-leads the COVAX Facilitation Council with South Africa, said more investments were needed.

"We still need more contributions from G7 but are also calling for wider investments from the G20," John-Arne Røttingen, Norway's ambassador for global health, told reporters.

"We must be frank to say that currently several of the larger emerging economies constituting an important part of the G20, they have still not contributed financially to the ACT-Accelerator. So this is of course countries like China, Brazil, to mention a few," he added.

Aylward said that discussions were being held with China and India but gave no details.

"We are not restricting our gaze to the G7," he said.

"We are looking across everyone either producing those doses or contracting doses. So the G20 - absolutely crucial. India, China, we're having lots of discussion about them and about what they can do in terms of both releasing supply as well as donating supply even."

Aylward said that a proposal submitted last Friday by the EU to the World Trade Organization to widen COVID-19 vaccine access did not go far enough and said a waiver of patent rights "would add value."