What now for the G7 tax deal on multinationals? 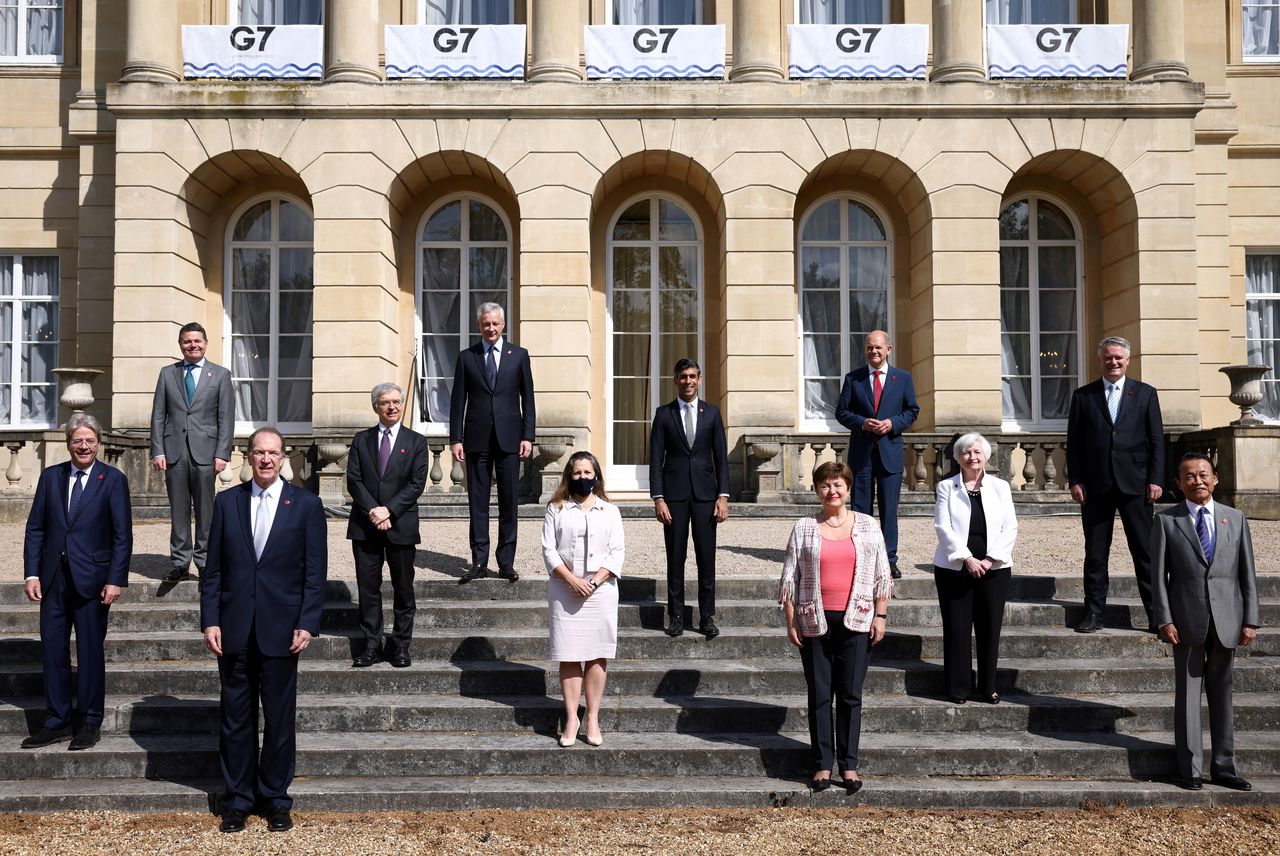 PARIS (Reuters) - The G7's weekend agreement on a global minimum corporate tax rate and arrangements for taxing multinationals paves the way for a broader deal in the coming weeks that could reshape cross-border taxation for years to come.

Hailed as historic by its backers, the deal nonetheless contains much detail that still needs to be hammered out in time for countries of the wider G20 grouping to give it their support at a meeting scheduled for next month.

Here is what we know so far and what remains unclear:

WILL THE G7 DEAL APPLY WORLDWIDE?

The G7 deal for a global minimum corporate tax of at least 15% sets the stage for the next step, which is a June 30-July 1 online meeting of the 139 countries negotiating future rules for cross-border taxation at the Organisation for Economic Cooperation and Development (OECD) in Paris.

The countries aim to reach a consensus at the meeting on the details, as much technical work has already been done. Any accord from that meeting will then go before G20 finance ministers for endorsement when they meet in Venice on July 9-10.

The OECD and the United States have said a final sign-off might not be possible until a subsequent G20 meeting in October, because the U.S. position may not be firm by July as a domestic tax package will be going through Congress.

A G20 sign-off would mean the world's largest economies will implement it, so its reach would effectively be worldwide.

IS THIS THE END OF TAX HAVENS?

If the deal does not kill off tax havens entirely, it will make them far less attractive for many firms looking to cut their tax bill but also burnish their credentials with investors focusing on environmental, social and corporate governance.

Moreover, the G7 wants the minimum rate to be applied on a country-by-country basis rather than an average across the countries a company operates in - an approach considered far tougher on tax havens.

So if a U.S. company books profit in the British Virgin Islands, where there is no corporate tax, U.S. tax authorities could apply a 15% tax on those profits - if that's the global minimum figure finally agreed on.

HOW WILL THIS APPLY TO MULTINATIONALS?

A separate part of the international tax talks deals with how to divvy up governments' rights to tax excess, or non-routine, profit of the biggest multinationals, among them major digital companies such as Apple and Google.

The G7 agreed that governments should get the right to tax at least 20% of the profit earned in their country by a multinational over a 10% margin. All indications are that the excess profit would also be subject to the global minimum.

That said, a lot of the metrics still need to be worked out and there is still scope for such companies to make their point of view heard within the debate.

WHAT ARE THE POSSIBLE LOOPHOLES?

Countries negotiating the global tax are likely to exempt some sectors. For example, extractive industries are likely to be carved out as companies usually pay royalties upfront to the government where the mines or oilfields are located. There has also been talk of carve-outs for certain financial services.

Officials say some nations want wiggle room on tax breaks for research and development. Others, such as China, want to protect low-tax economic zones they use to attract investment.

WILL THIS MEAN BIG GOVERNMENT WINDFALLS?

The OECD calculated in October that a global minimum tax could yield $100 billion a year, or 4% of global corporate income tax. That's probably on the low side as it was based on a 12.5% rate, which was the focus of talks at the time.

As big as the headline figure sounds, however, it's a drop in the ocean compared with the trillions of dollars that governments around the world have spent to keep their economies afloat during the COVID-19 pandemic.

WHAT ABOUT THE NETHERLANDS, LUXEMBOURG AND SWITZERLAND?

Such countries with tax advantages have seen the writing on the wall in recent years and have been closing tax loopholes, while trying to compete for foreign capital on terms other than just low taxes.

Ireland, where many U.S. tech companies have big operations, has said it will keep its 12.5% corporate tax rate regardless of what gets decided internationally.

Finance Minister Paschal Donohoe estimates that Ireland's annual corporate tax take will be about 20% or 2 billion euros lower than it otherwise would have been by 2025 due to the anticipated changes but does not expect a massive outflow of companies from its shores.

Switzerland, which is under pressure from abroad, has promised to eliminate special low tax rates that benefited about 24,000 foreign companies based there.

"Switzerland will take the necessary measures to continue to be a highly attractive business location," the finance ministry said in a statement.

Thanks to its intricate net of tax treaties with other countries, the Netherlands can expect to remain a conduit for multinationals to pass profits from one subsidiary to another at favourable rates.

However, it is not clear when the G7 agreement will go into effect and the Dutch rules could still change before 2024.

(Additional reporting by Toby Sterling in Amsterdam, Padraic Halpin in Dublin and Silke Koltrowitz in Zurich; Editing by Mark John and David Clarke)