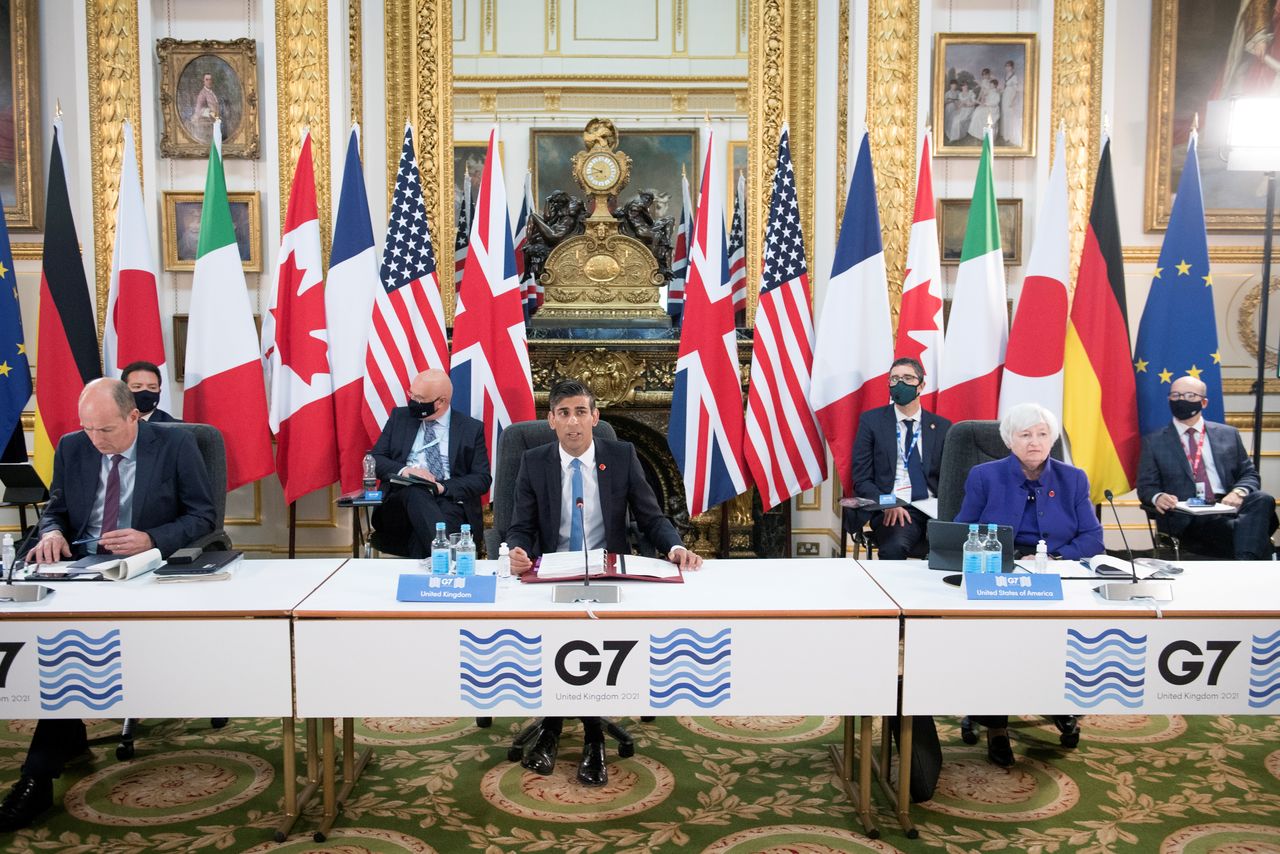 FILE PHOTO: Britain's Chancellor of the Exchequer Rishi Sunak speaks at a meeting of finance ministers from across the G7 nations ahead of the G7 leaders' summit, at Lancaster House in London, Britain June 4, 2021. Stefan Rousseau/PA Wire/Pool via REUTERS/File Photo

FRANKFURT (Reuters) - Anti-poverty campaigners on Monday criticised a deal reached by seven wealthy countries to impose a minimum tax on multinational companies, saying it would benefit rich nations at the expense of the poor.

Finance Ministers from the Group of Seven advanced economies agreed on Saturday to back the creation of a global minimum corporate tax rate of at least 15%, aiming to squeeze more money out of multinationals such as Amazon and Google and reduce their incentive to shift profits to low-tax offshore havens.

Oxfam and Eurodad, a network of development agencies, said the new regime would entitle big companies' home countries, often in the United States or Europe, to a larger share of the tax, leaving little for poor states where multinationals also operate.

"The G7 is a small club of rich and powerful countries," said Tove Ryding of Eurodad. "They have a big interest in standing together. They have written a deal that benefits them."

Christian Hallum, a tax expert with Oxfam, said: "It is definitely skewed to the rich and unfair on the poor."

He said a country hosting a company's headquarters had more clout in the scheme, adding: "This will see a massive transfer of money to rich countries."

That criticism was echoed by the Tax Justice Network, a reform campaign group, which also said the agreement was unfair.

Eurodad's Ryding said that although many smaller countries might be pressured into accepting the terms, larger ones such as India could resist.

The Organisation for Economic Co-operation and Development, which helped drive wider tax reform, denied the deal would unfairly benefit the United States.

A recent study suggested the European Union could get an extra 50 billion euros in tax from multinationals if a minimum global corporate tax of 15% was agreed.

The proposal is part of a reworking of rules for taxing multinationals and big technology firms such as Alphabet and Facebook, which now often pay very little tax, despite huge revenues, by setting up offices in low-tax countries such as Ireland, Luxembourg or the Netherlands.