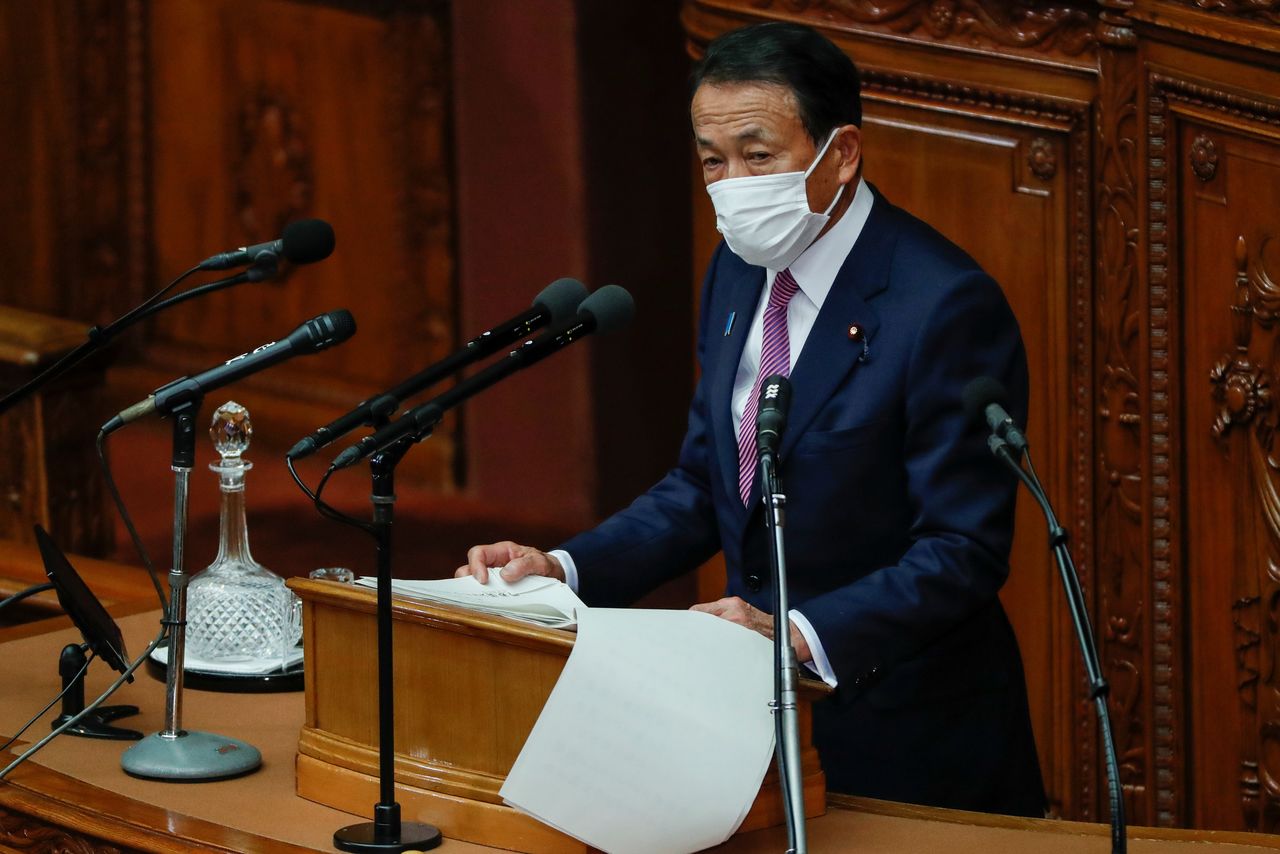 TOKYO (Reuters) - The Group of Seven (G7) advanced countries has struck a "historic" agreement for a minimum global corporate tax of at least 15%, raising momentum for a wider deal among the G20 major economies, Japanese Finance Minister Taro Aso said.

He was speaking to reporters after a cabinet meeting on Tuesday, responding to questions about the G7 tax deal hammered out at the grouping's weekend meeting in London.

Aso said the G7 tax deal was achieved because countries realised they could no longer rely on the race to the bottom on corporate tax cuts to spur growth.

The major factor was that the United States faced falling tax revenue and massive coronavirus spending, both of which called for the need to restore fiscal health, paving the way for a G7 deal, Aso said.

"Now that the course of direction has been shown, the possibility (of a tax deal) will rise at G20. It had a big impact on raising the momentum," Aso said.

Aso went on to say that he could not tell how the tax deal might affect corporate behaviour.

"Some of the small countries must have benefitted (from lower tax rates in attracting businesses) so we must take time in working out the details, as we aim to build a consensus through an inclusive framework."