BRUSSELS (Reuters) -A global deal on corporate tax looks set to bring to a climax a deep-seated European Union battle, pitting large members Germany, France and Italy against Ireland, Luxembourg and the Netherlands.

Although the smaller EU partners at the centre of a years-long struggle over their favourable tax regimes, welcomed the Group of Seven deal on June 5. for a minimum corporate rate of at least 15%, some critics predict trouble implementing it.

The European Commission, the EU's executive, has long struggled to get agreement within the bloc on a common approach to taxation, a freedom which has been jealously guarded by all its 27 members, both large and small.

"The traditional EU tax holdouts are trying to keep the framework as flexible as possible so that they can continue to do business more or less as usual," Rebecca Christie of Brussels-based think tank Bruegel said.

Paschal Donohoe, Ireland's finance minister and president of the Eurogroup of his euro zone peers, gave the G7 wealthy countries' deal, which needs to be approved by a much wider group, a lukewarm welcome.

"Any agreement will have to meet the needs of small and large countries," he said on Twitter, pointing to the "139 countries" needed for a wider international accord.

And Hans Vijlbrief, deputy finance minister in the Netherlands, said on Twitter that his country supported the G7 plans and had already taken steps to stop tax avoidance.

Although EU officials have privately criticised countries such as Ireland or Cyprus, tackling them in public is politically charged and the bloc's blacklist of 'uncooperative' tax centres, due to its criteria, makes no mention of EU havens.

These have flourished by offering companies lower rates through so-called letter-box centres, where they can book profits without having a significant presence.

"European tax havens have no interest in giving in," Sven Giegold, a Green-party member of the European Parliament lobbying for fairer rules, said of the prospects for change.

Nevertheless, Luxembourg's finance minister Pierre Gramegna welcomed the G7 accord, adding that he would contribute to a wider discussion for a detailed international agreement.

Although Ireland, Luxembourg and the Netherlands welcomed the long-fought for reform, Cyprus had a more guarded response.

And even G7 member France may find it hard to completely adjust to the new international rules.

"Big countries like France and Italy also have tax strategies they are determined to keep," Christie said.

The Tax Justice Network ranks the Netherlands, Luxembourg, Ireland and Cyprus among the most prominent global havens, but also includes France, Spain and Germany on its list.

Europe's divisions flared up in 2015 after documents dubbed the 'LuxLeaks' showed how Luxembourg helped companies channel profits while paying little or no tax.

That prompted a clampdown by Margrethe Vestager, the EU's powerful antitrust chief, who employed rules that prevent illegal state support for companies, arguing that such tax deals amounted to unfair subsidies.

Vestager has opened investigations into Finnish paper packaging company Huhtamaki for back taxes to Luxembourg and investigating the Dutch tax treatment of InterIKEA and Nike.

The Netherlands and Luxembourg have denied the arrangements breach EU rules.

But she has had setbacks such as last year when the General Court threw out her order for iPhone maker Apple to pay 13 billion euros ($16 billion) in Irish back taxes, a ruling which is now being appealed.

Vestager's order for Starbucks to pay millions in Dutch back taxes was also rejected.

Despite these defeats, judges have agreed with her approach.

"Fair taxation is a top priority for the EU," a spokesperson for the European Commission said: "We remain committed to ensuring that all businesses ... pay their fair share of tax."

The Netherlands in particular has underscored a willingness to change after criticism of its role as a conduit for multinationals to move profits from one subsidiary to another while paying no or low taxes.

It introduced a rule in January taxing royalties and interest payments sent by Dutch companies to jurisdictions where the corporate tax rate is less than 9%.

"The demand for fairness has grown," said Paul Tang, a Dutch member of the European Parliament. "And now it is combined with a need to finance investment."

(Additional reporting by Toby Sterling in Amsterdam and Michele Kambas in Nicosia; Writing by John O'Donnell; Editing by Alexander Smith) 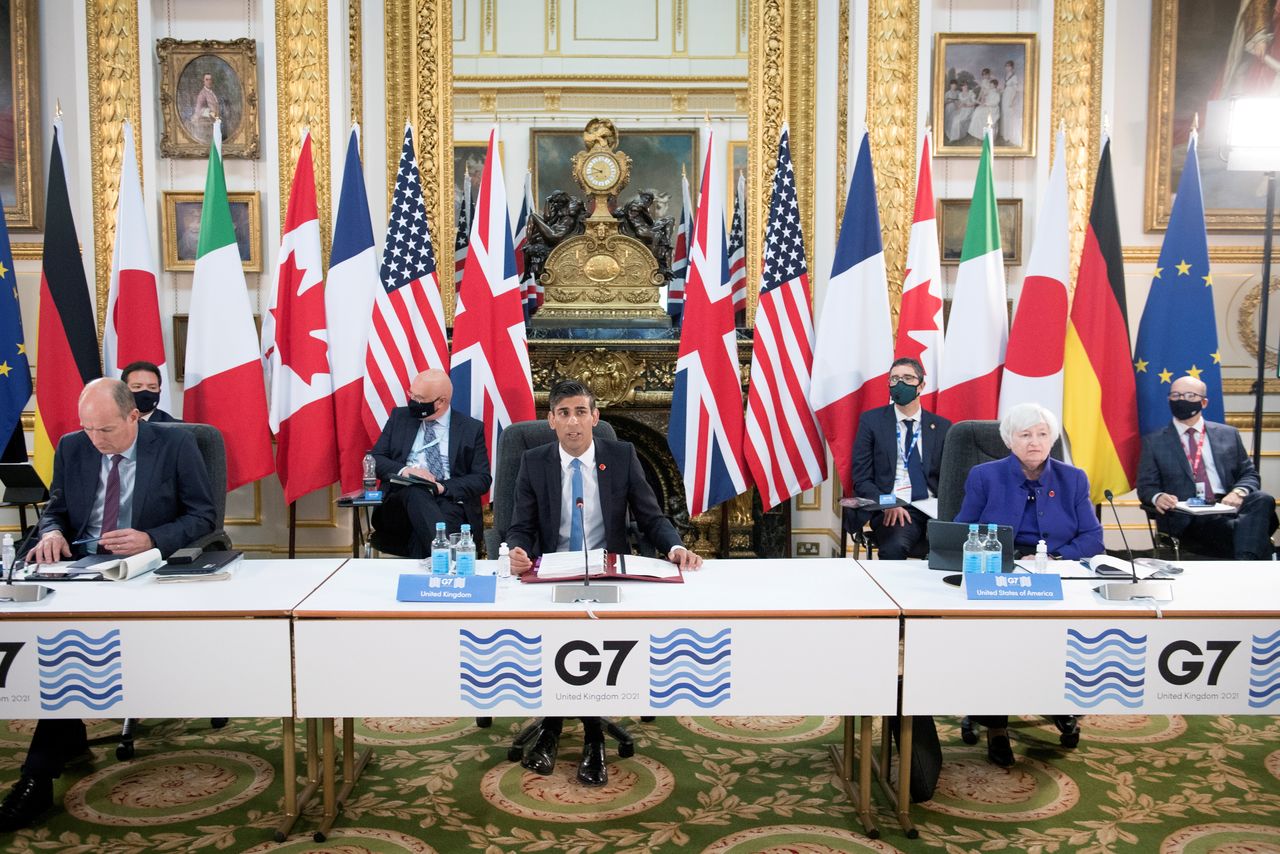 FILE PHOTO: Britain's Chancellor of the Exchequer Rishi Sunak speaks at a meeting of finance ministers from across the G7 nations ahead of the G7 leaders' summit, at Lancaster House in London, Britain June 4, 2021. Stefan Rousseau/PA Wire/Pool via REUTERS//File Photo 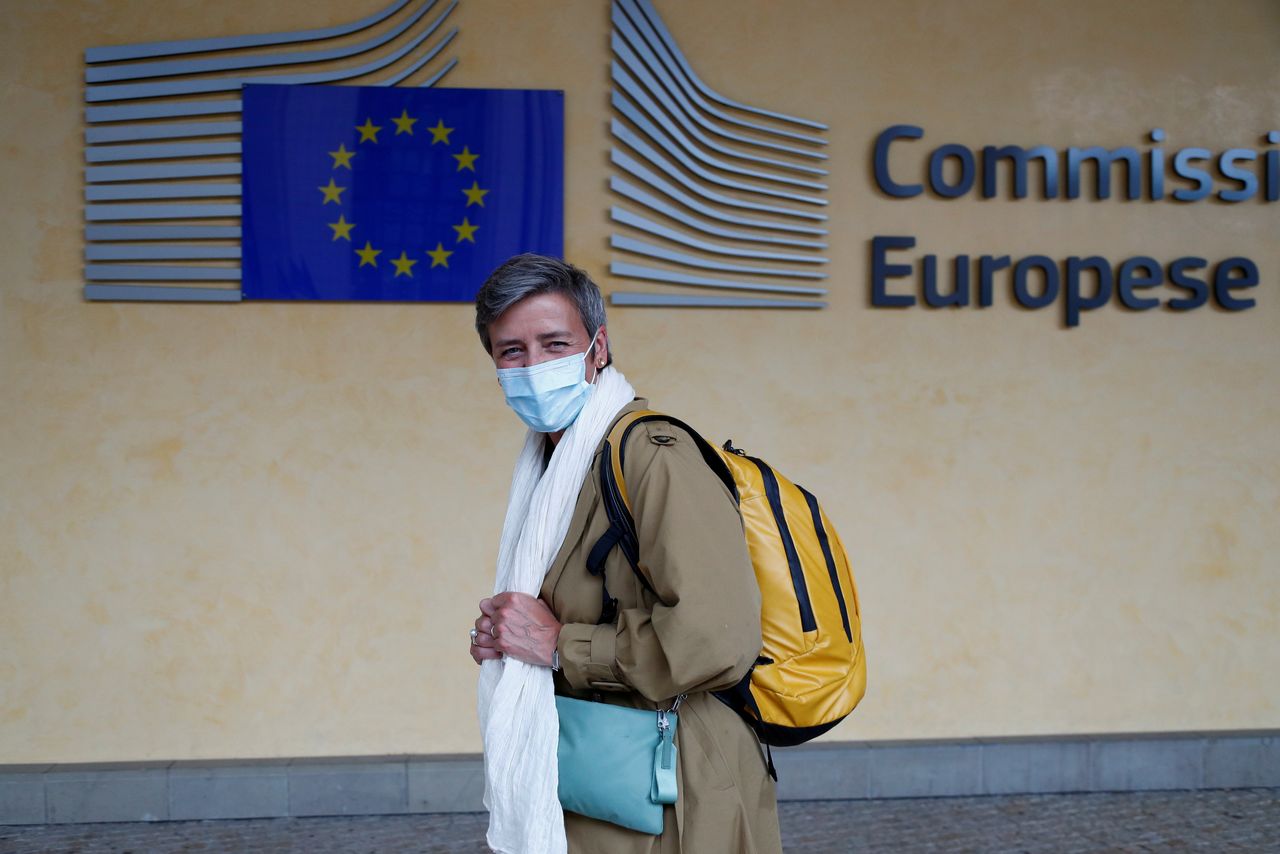 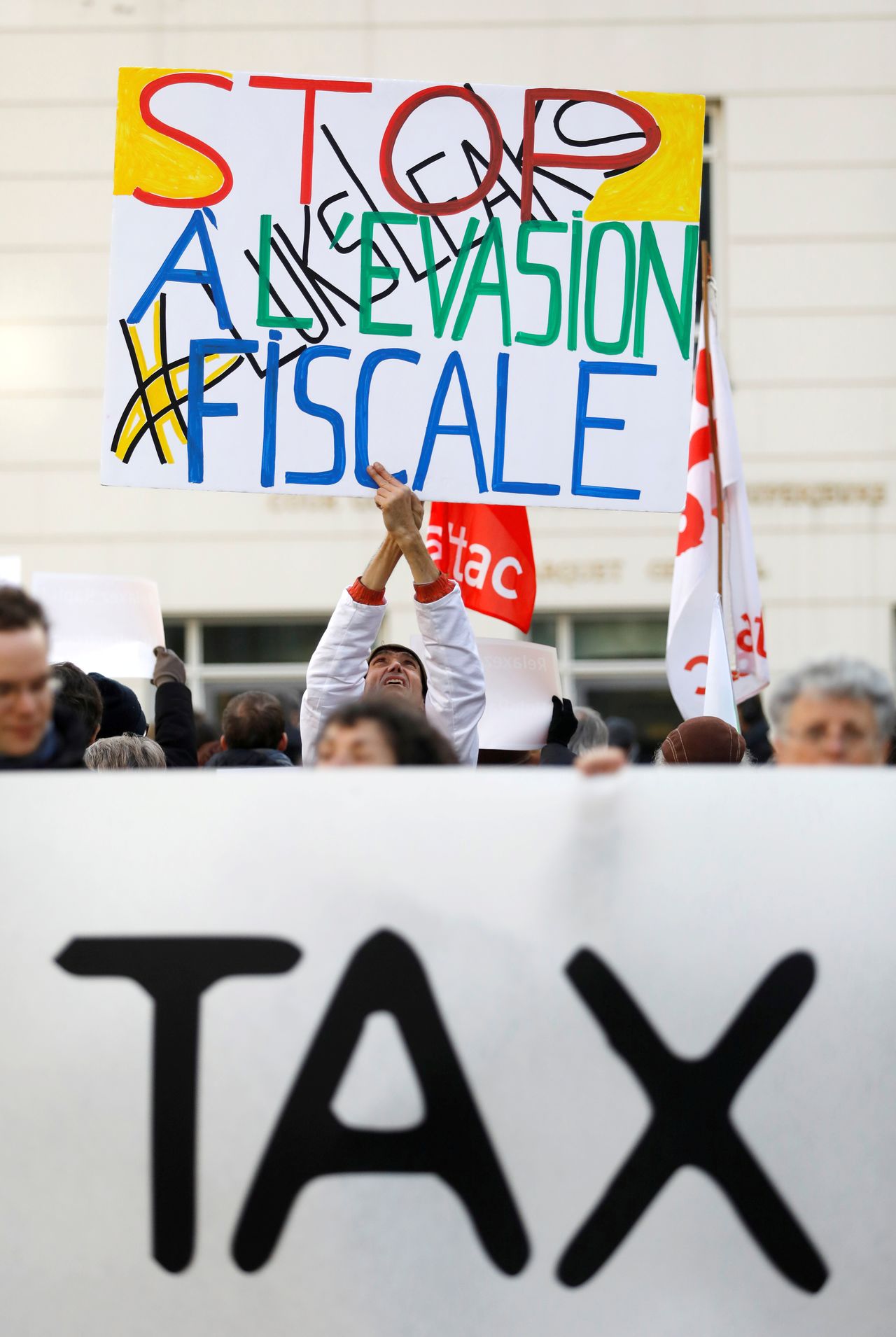 FILE PHOTO: A man holds a placard reading "Stop tax avoidance" during a protest outside the courthouse ahead of the LuxLeaks trial before an appeal court in Luxembourg, December 12, 2016. REUTERS/Yves Herman/File Photo