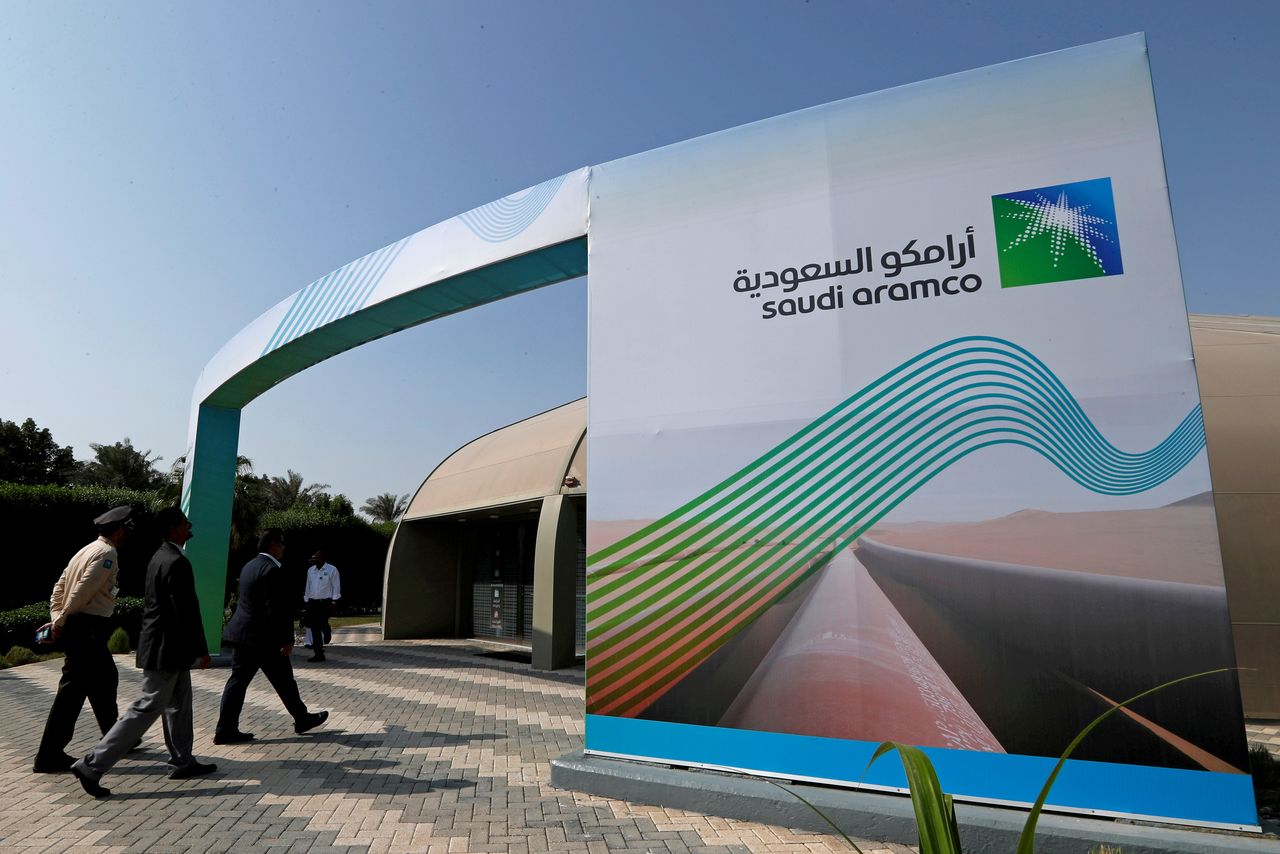 FILE PHOTO: The logo of Aramco is seen as security personnel walk before the start of a press conference by Aramco at the Plaza Conference Center in Dhahran, Saudi Arabia November 3, 2019. REUTERS/Hamad I Mohammed/File Photo

(In June 9 story, corrects rating agency to Moody's in paragraphs 7 and 8)

By Yousef Saba and Scott Murdoch

DUBAI (Reuters) -Saudi Arabian oil giant Aramco locked in another $6 billion on Wednesday to help fund a large dividend as it returned to the international debt markets with its first U.S. dollar-denominated sukuk sale, a document showed.

The debt issuance, which will help fund a $75 billion dividend commitment that will mostly go to the government, comprises tranches of three, five and 10 years, a document from one of the banks arranging the deal and seen by Reuters showed.

The spreads were tightened after the deal attracted combined orders of more than $60 billion.

Moody's assigned Aramco's sukuk issuance programme an A1 rating with a negative outlook, in line with the negative outlook on existing Aramco ratings and tracking a change in Saudi Arabia's sovereign outlook to negative in May last year.

"The company has displayed a strong commitment to pay $75 billion in annual dividends, which in Moody's view is not sustainable should oil prices fall and remain significantly below $60/bbl," Moody's said.

The company chose to issue Islamic bonds over conventional ones due to high demand for the instrument as a result of the low number of dollar sukuk sales in the Gulf this year, a source told Reuters on Monday.

Aramco has been widely expected to become a regular bond issuer after its debut $12 billion issuance in 2019 was followed by an $8 billion, five-part transaction in November last year, also used to fund its dividend.

A source had told Reuters that Aramco was expected to raise up to $5 billion with the deal, which had 29 active and passive bookrunners working on it.