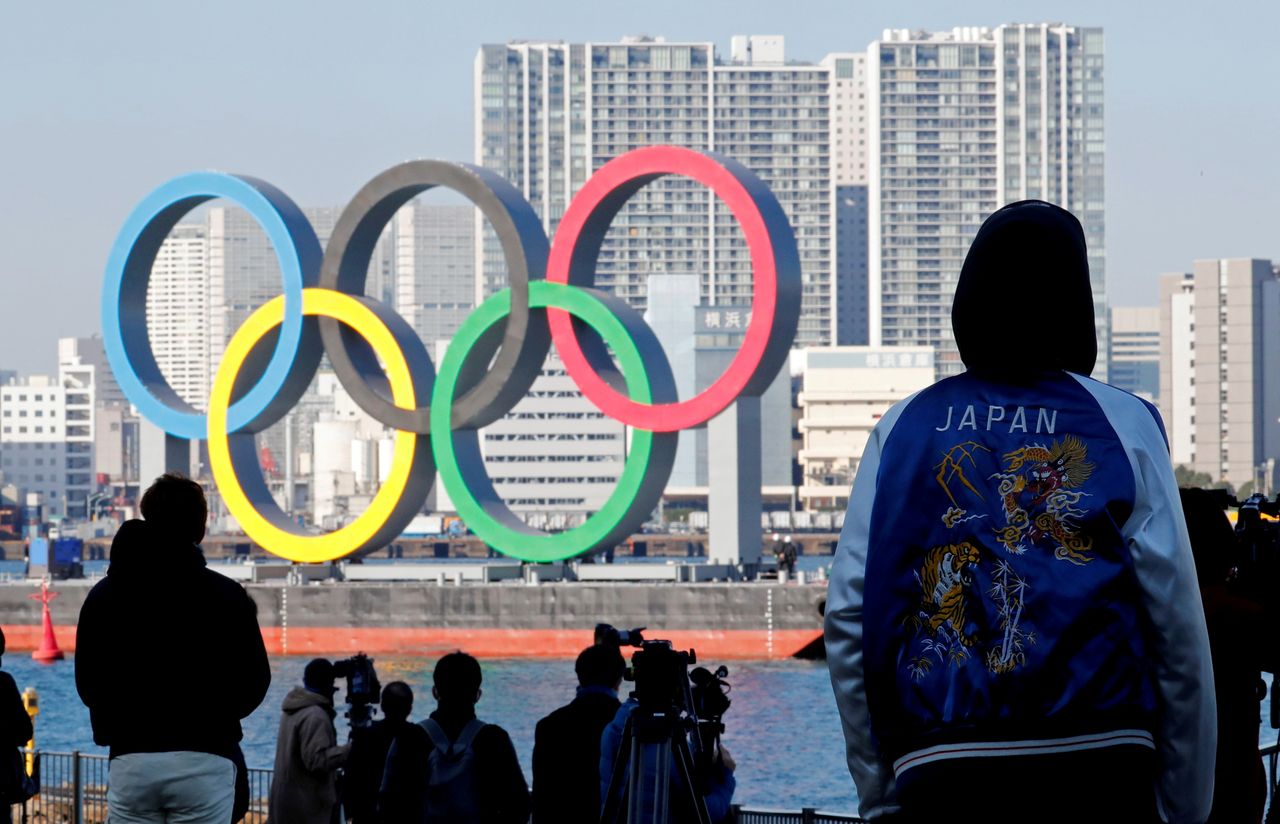 FILE PHOTO: Bystanders watch as giant Olympic rings are reinstalled at the waterfront area at Odaiba Marine Park, after they were temporarily taken down in August for maintenance amid the coronavirus disease (COVID-19) outbreak, in Tokyo, Japan December 1, 2020. REUTERS/Kim Kyung-Hoon/File Picture

TOKYO (Reuters) - Japanese corporate 2020 Olympic sponsors have hired consulting firms to advise them on whether to push ahead with Olympic-themed marketing plans or limit their association with an event that could damage their brands, the Financial Times reported.

More than 60 Japanese companies, such as Toyota Motor Corp and and beverage maker Asahi Holdings, have together paid more than $3 billion to sponsor the Tokyo Games.

Most Japanese want the games canceled or delayed again, amid concern that tens of thousands of foreign athletes and Olympic officials could bring new coronavirus variants and further pressure on an already stretched medical system.