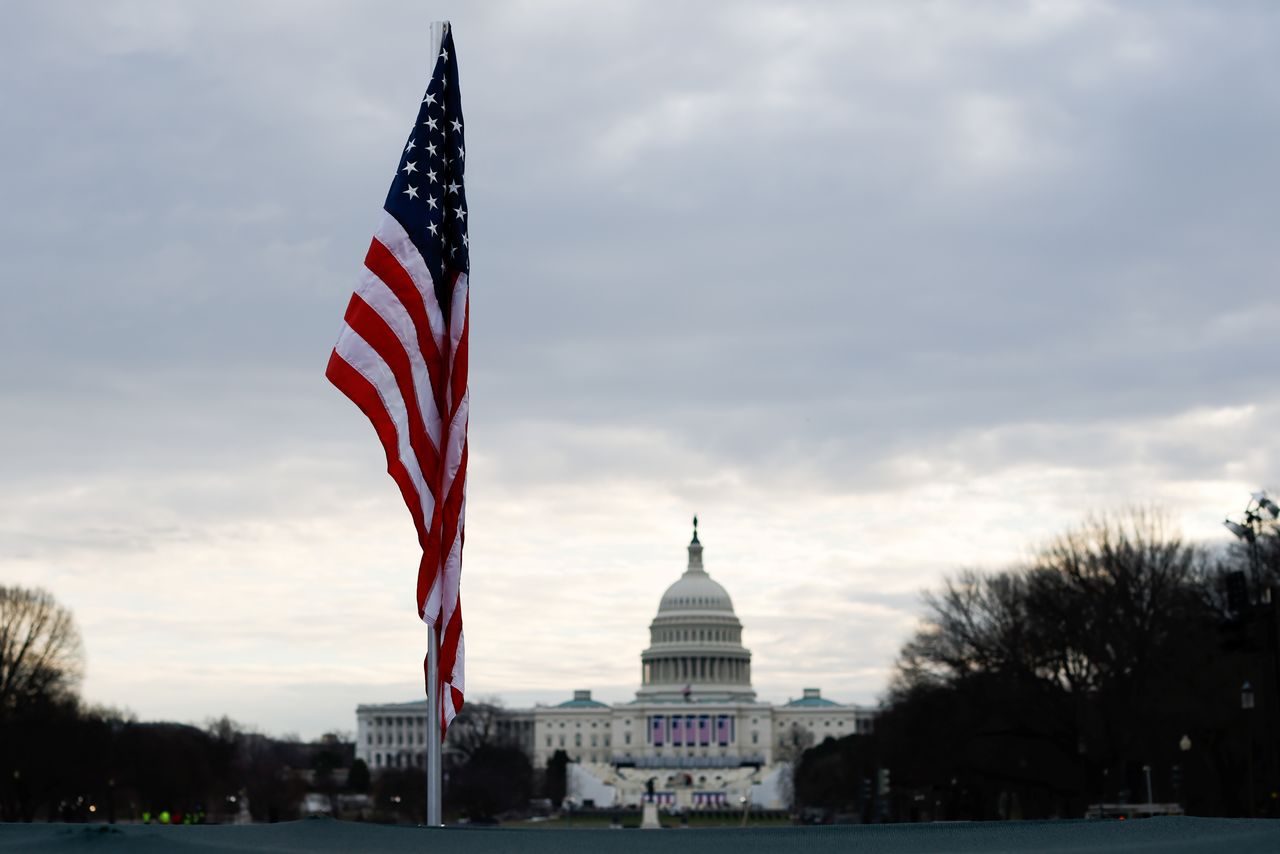 FILE PHOTO: A U.S. flag is displayed at the National Mall, as part of a memorial paying tribute to the U.S. citizens who have died from the coronavirus disease (COVID-19), near the Capitol ahead of President-elect Joe Biden's inauguration, in Washington, U.S., January 18, 2021. REUTER/Carlos Barria

WASHINGTON (Reuters) - The United States' image abroad has improved dramatically since Joe Biden replaced Donald Trump as president, according to a Pew Research Center survey of 12 nations, mainly in Europe and Asia, that was released on Thursday.

The 2021 survey conducted by the nonpartisan research group found a median of 75% of people had confidence in Biden "to do the right thing regarding world affairs," versus 17% who felt that way about Trump in 2020.

These figures are based on Pew's surveys conducted from March 12 to May 26 in 12 countries: Canada, Belgium, France, Germany, Italy, the Netherlands, Spain, Sweden, the United Kingdom, Australia, Japan and South Korea.

"Throughout Donald Trump's presidency, publics around the world held the United States in low regard, with most opposed to his foreign policies," Pew said in a report, adding its surveys found "a significant uptick in ratings for the U.S., with strong support for Biden and several of his major policy initiatives."

Surveys in a similar group of 12 countries that included Greece and excluded Belgium suggested Biden's ratings reflected positive assessments of his character and his stands on issues such as climate change and rejoining the World Health Organization, Pew said.

A median of 77% surveyed this year describing Biden as well-qualified to be president compared to 16% who viewed Trump that way during his first year in office.