Next stop, Scranton? Biden's infrastructure plan could make it happen 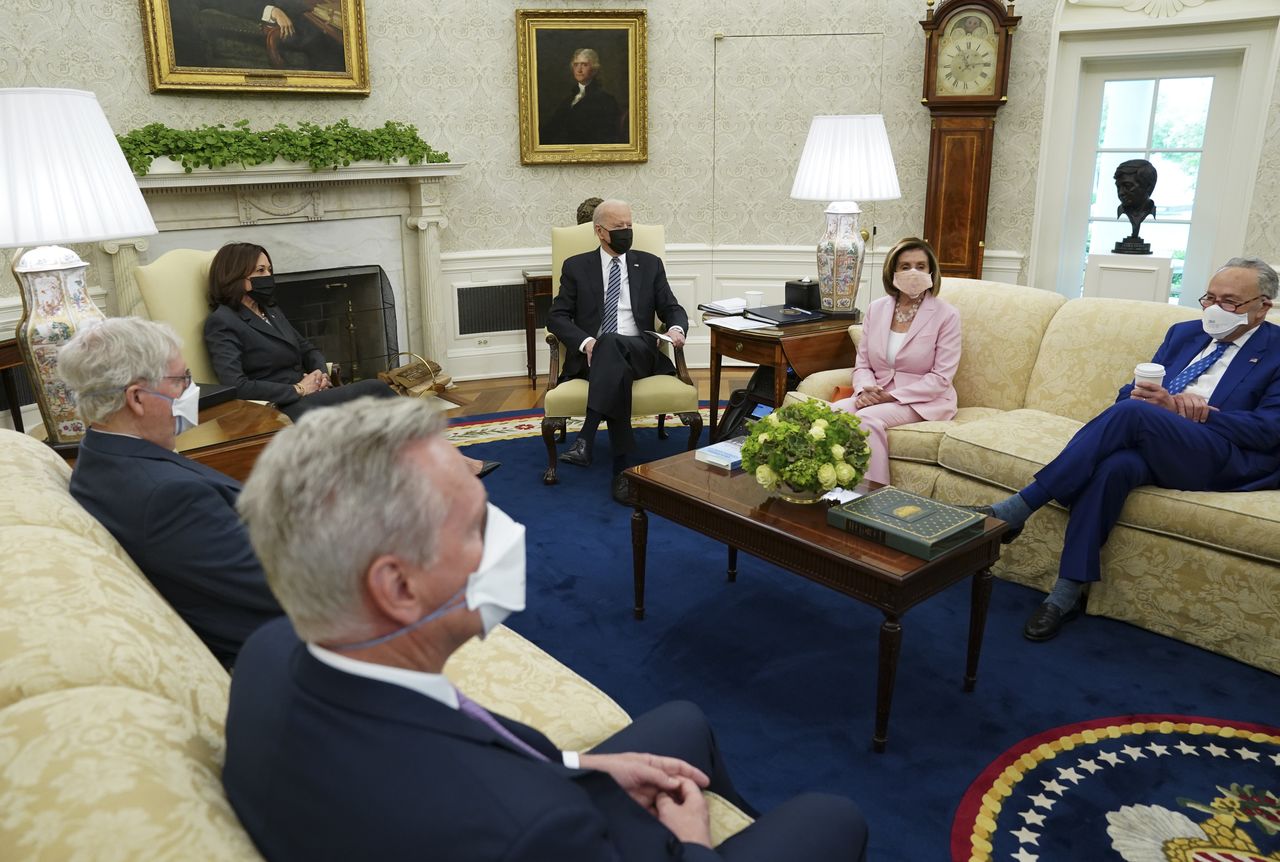 SCRANTON, Pa. (Reuters) - At first glance, the path in northern New Jersey looks like just another trail in the woods. But train buffs know better; the Lackawanna Cutoff is key to a proposed restoration of rail service between New York City and Scranton, Pennsylvania - President Joe Biden's hometown.

Biden's massive infrastructure proposal contains $80 billion in new spending on high-speed rail projects, including up to 39 new Amtrak passenger routes and connections to up to 166 cities by 2035.

One proposed route would be from New York to Scranton, the northeastern Pennsylvania city where Biden was born and where he lived until he was 10.

That's where the Lackawanna Cutoff comes in. Built between 1909 and 1911 by the Delaware, Lackawanna & Western Railroad, it provided a fast way for trains to travel from New York to Scranton and on to Buffalo, New York. For some years, travelers could continue westward to Chicago.

“It was considered to be an engineering triumph when it was built,” said Chuck Walsh, who has been walking the trail for over 35 years.

Miles of large earthen mounds, called "fills," and huge concrete structures like the Paulinskill Viaduct in Columbia, New Jersey, attest to the monumental investment and effort it took to build it.

But in the late 1950s and 1960s, as the United States increasingly turned to cars for transportation, rail service declined. Many railroads went out of business and rail lines were abandoned. The same fate befell the cutoff.

Passenger train service on the line ended in 1970, and freight traffic lasted a few years longer. By 1979, the entire 28-1/2-mile (46-km) length of the cutoff had been taken out of service, and the rails were soon pulled up.

The campaign to restore passenger rail has made some progress. In 2001, the state of New Jersey purchased the cutoff from private developers. Ten years later, New Jersey Transit began work on the cutoff's eastern end, laying down sections of track over seven miles (11 km). Recently, however, progress has stalled.

Long an advocate of Amtrak and passenger rail, the Democratic president in March announced a big expansion plan for Amtrak as part of his infrastructure proposal.

In Scranton, the announcement got a warm welcome.

"We knew what we lost,” Larry Malski, who took the last passenger train from Scranton to New York in 1970, said recently. Malski is president of the Pennsylvania Northeast Regional Railroad Authority, which runs the Pennsylvania section of the track that the Scranton Amtrak corridor would run on. The authority also runs lines used by freight providers in the area.

“Scranton was built on coal, railroads, the steel," Malski said. "And the railroads, unfortunately, almost disappeared. We saved what we could and we saved a lot of what was here, thank God, because now it's vibrant and our freight industry is booming. But we need to bring back the passenger train.”

The prospects of bringing Amtrak service to Scranton and other U.S. corridor cities now depend on negotiations between the Biden administration and congressional Republicans over how much money to spend on infrastructure and how to pay for it.

On Tuesday, Biden broke off talks with a key Republican, instead reaching out to a bipartisan group, after the one-on-one negotiations with Senator Shelley Capito of West Virginia were described as hitting a "brick wall."

Lawmakers said on Wednesday that the bipartisan group was discussing whether to revitalize infrastructure without raising taxes, as Biden has proposed.

Paul Lewis, a vice president at the nonprofit ENO Center for Transportation in Washington, said bringing rail service to Scranton and elsewhere will depend on local support as well as the negotiations in Washington.

In Scranton, the business community supports the project, according to Greater Scranton Chamber of Commerce President Bob Durkin.

“We think if that happens, that's going to be a tremendous benefit" to the community, its businesses and people, Durkin said. "And we think it'll work."

Rail authority head Malski said a lot of work has already been done to prepare for the service, including New Jersey Transit's starting to lay rails and the construction in Scranton of a new terminal to provide bus and other transportation connections on the site where the new passenger rail terminal would be built.

“We need to regain our prominence as a rail passenger nation,” said Malski.