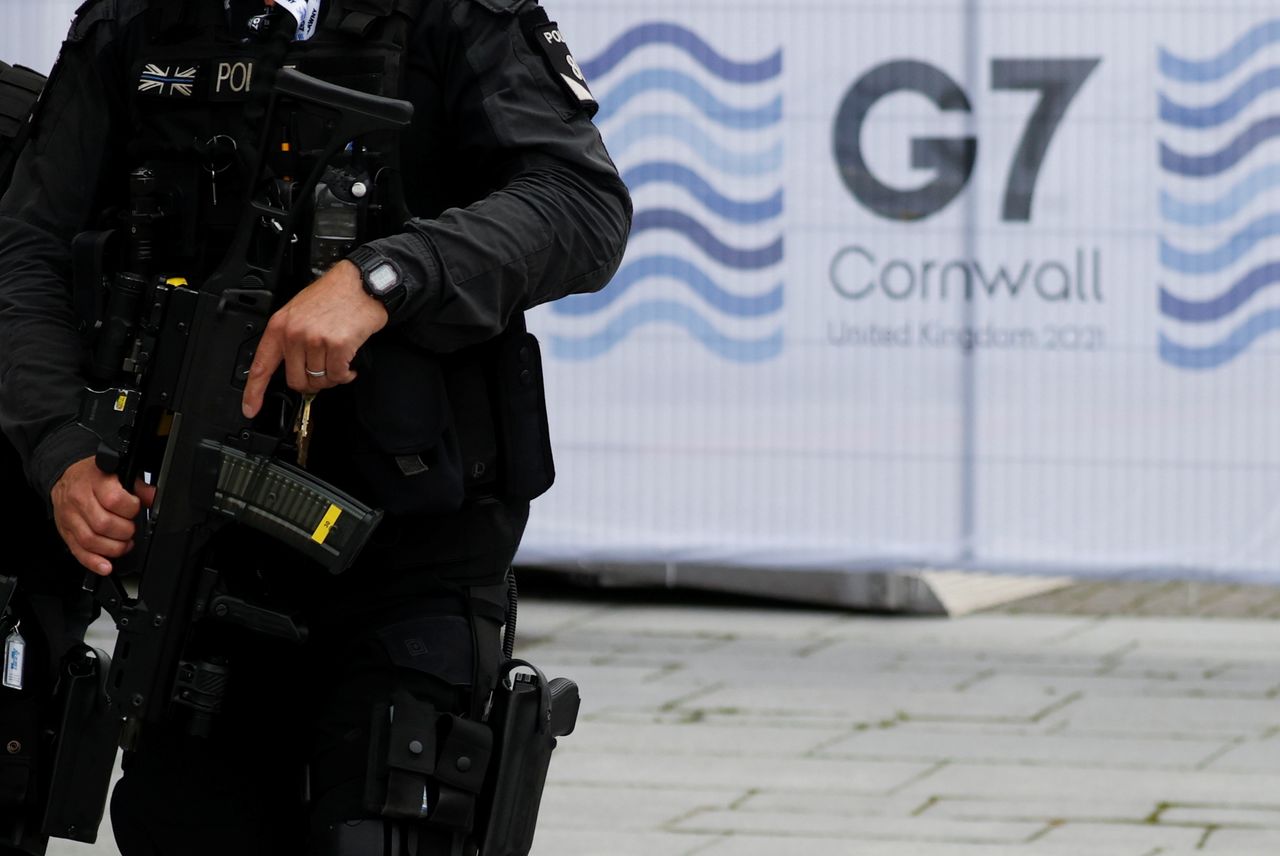 The G7 is made up of the United States, Britain, Canada, France, Germany, Italy and Japan. Representatives from the European Union also attend. This year South Korea, South Africa and Australia will attend parts of the summit. India, also an invited guest, will participate in some of the summit virtually.

Here is the outline agenda:

Early afternoon - Leaders meet for a socially-distanced family photo on the beach at Carbis Bay.

Evening - Leaders and their partners travel to the Eden Project - a series of bio-domes that create a rainforest environment. Here they will attend a reception with Queen Elizabeth, heir Prince Charles, and his son Prince William and his wife Kate.

After the reception, leaders have dinner of locally caught roasted turbot followed by strawberry pavlova.

Leaders and guests have a barbecue on the beach, including steak and lobster, followed by hot buttered rum and toasted marshmallows.

Leaders are expected to issue a communique.