Germany's Merkel to visit Biden at White House on July 15 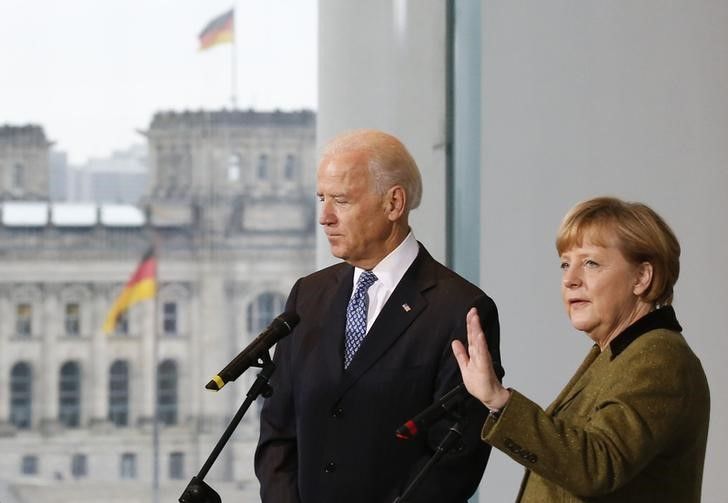 By Steve Holland and Andrea Shalal

CARBIS BAY, England (Reuters) -U.S. President Joe Biden will host German Chancellor Angela Merkel in Washington on July 15 in what will likely be her farewell visit to the United States after almost 16 years at the helm of Europe's largest economy.

The announcement was made on Friday on the first day of the Group of Seven summit in England. Biden has hosted two other world leaders since taking office, Japan and South Korea.

White House Press Secretary Jen Psaki said Biden and Merkel "will discuss their commitment to close cooperation on a range of common challenges, including ending the COVID-19 pandemic, addressing the threat of climate change, and promoting economic prosperity and international security based on our shared democratic values."

A standoff over the completion of the $11 billion Nord Stream 2 pipeline piping Russian gas to Europe has strained ties at a time when Berlin and Washington are eager to rebuild relations after former U.S. President Donald Trump's term.

It will probably be Merkel's farewell visit to the United States since she plans to step down after a September national election, regardless of how her Christian Democrats fare in the polls.

The trip is scheduled just days after a July 10 deadline for Europe and the United States to settle a nearly 17-year-old dispute over government subsidies to Airbus and Boeing.

U.S. and European Union officials are upbeat about reaching an agreement before currently suspended tariffs go back into effect on July 11

Stormy-Annika Mildner, executive director of the Aspen Institute in Berlin, said two leaders would likely focus on shared goals, such as ending the coronavirus pandemic and combating climate change, as well as digitalization and trade.

China and a proposed waiver of intellectual property rights at the World Trade Organization - a move backed by Washington, but opposed by Berlin - would also be on the agenda, she said.

The trip will underscore the importance of the transatlantic and German-U.S. relationship at a time when many Germans remain on edge after the tumult of the Trump administration, she said.

"Merkel will be sending a message in both directions – towards the United States ... and toward us here in Germany – that this is a window of opportunity," she said.

“There’s still a lot of mistrust in the German population towards the United States. There is the fear that after Biden, there might be another Trump. And even with regard to Biden that he will not be able deliver because of internal restrictions, and the very small majorities that Democrats have in Congress.”